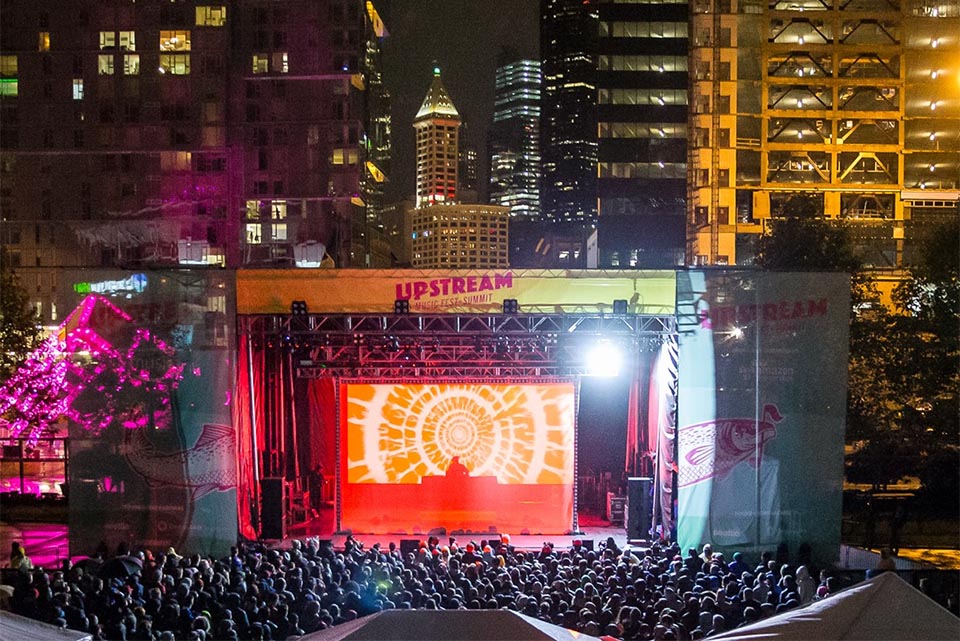 The second annual Upstream Music Fest returns to Pioneer Square June 1-3. The lineup has yet to be announced for this year, but those who want to snag early bird prices on tickets should act sooner than later.

As in its first year, Upstream will combine musical, performing and visual arts in a three-day celebration throughout Historic Pioneer Square. Performers include national and local acts in venues big and small. The two main outdoor stages (KEXP and Amazon) will offer the usual festival-style crowds, while more intimate concerts will take place in event spaces and non-traditional venues throughout the neighborhood.

On June 1, Upstream also presents Summit, a one-day conference built to help artists artists and professionals navigate the music industry. It’s a full day of over a dozen keynotes, panels, and sessions, and it’s just a $25 ticket for those who just want to attend the Summit rather than the festival. Purchase online.

Stay tuned for more info as the lineup is announced. You can sign up with Upstream online to get news directly (and even secret show locations and times).