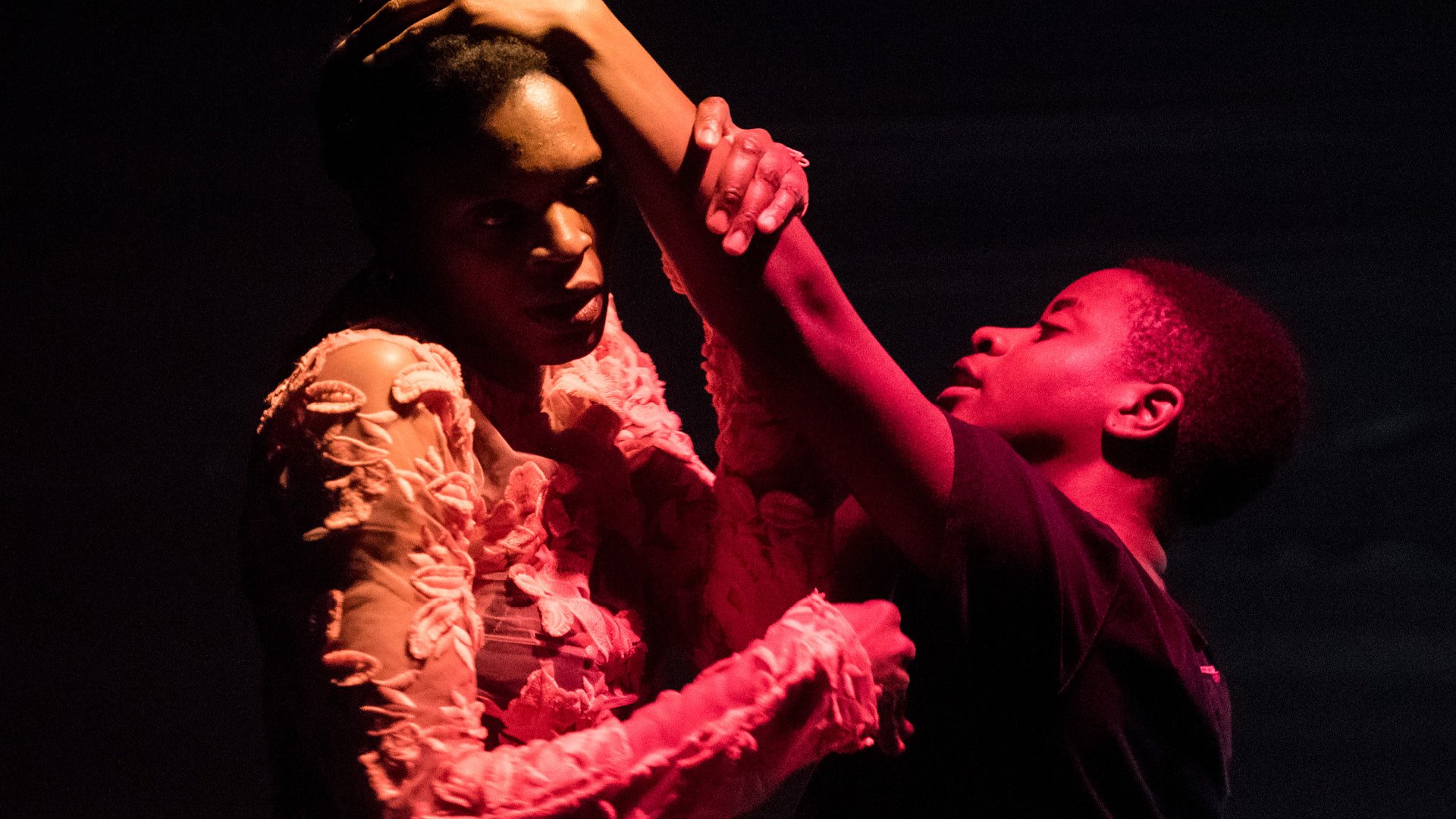 From On The Boards:

Okwui Okpokwasili is an Igbo-Nigerian American artist, performer, choreographer, and writer. Her multidisciplinary performances draw upon her training in theater, and operate at the intersection of theater, dance, and visual installations.

Poor People’s TV Room explores two historical incidents: the Women’s War of 1929, a resistance movement against British colonial powers, and the Boko Haram kidnappings of more than 300 girls in 2014, and its connection to the Bring Back Our Girls movement. The performance is concerned with how to recover buried histories, particularly of movements of resistance and collective action in Nigeria, as well as examining gender, culture, and identity. Okpokwasili performs with three women, each from different generations. The result is a narrative by brown women contending with the meaning of their bodies in relation to each other—a potent reflection of the effects the erasure of women’s histories has on contemporary societies today.