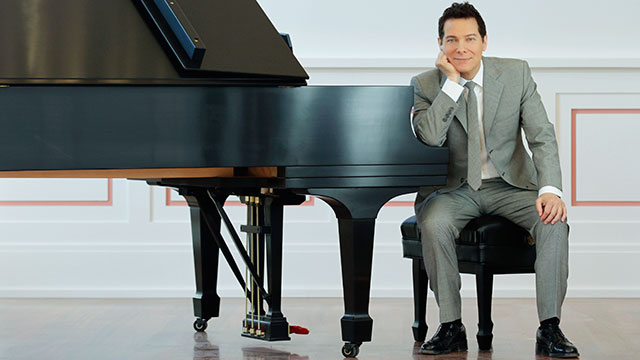 From Broadway Center for the Perming Arts:

Michael Feinstein has built a dazzling career over the last three decades, bringing the music of the Great American Songbook to the world as a singer-pianist. From recordings that have earned him five Grammy Award nominations to his Emmy nominated PBS-TV specials, Feinstein has established himself as a peerless vocalist considered one of the greatest crooners New York has ever produced. From Gershwin to Sinatra and back again, Feinstein’s voice, style, and intelligence give each tune a special place in his powerful repertoire.