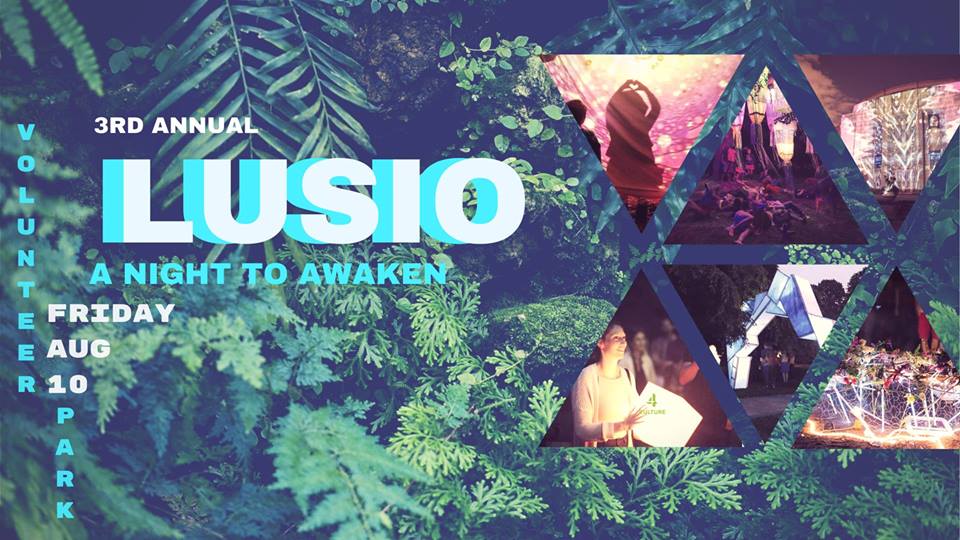 Featured artists include Liquid Light Wizard, Kelly Fleek and MOKEDO (headed by Mollie Bryan, founder of Lusio). There will be a musical showcase presented by DEPTH Seattle at the park’s amphitheater: live performance by Cyanwave preceding DJ sets by Ed Beier and Alex Flores.

For those who love to play with their own spinning light toys, there is an LED Corral (so no passersby get bopped accidentally).

For those who want to dance and drink in the beautiful Volunteer Park conservatory, there is the ticketed 21+ fundraiser, Lush Sounds. There will be more installations and music, including work by SPACEFILLER and DJed tunes by Jason Justice. Conservatory members pay $10, and general admission is $15. Proceeds support the Volunteer Park Conservatory. For more info, check the Lush Sounds Facebook event page.