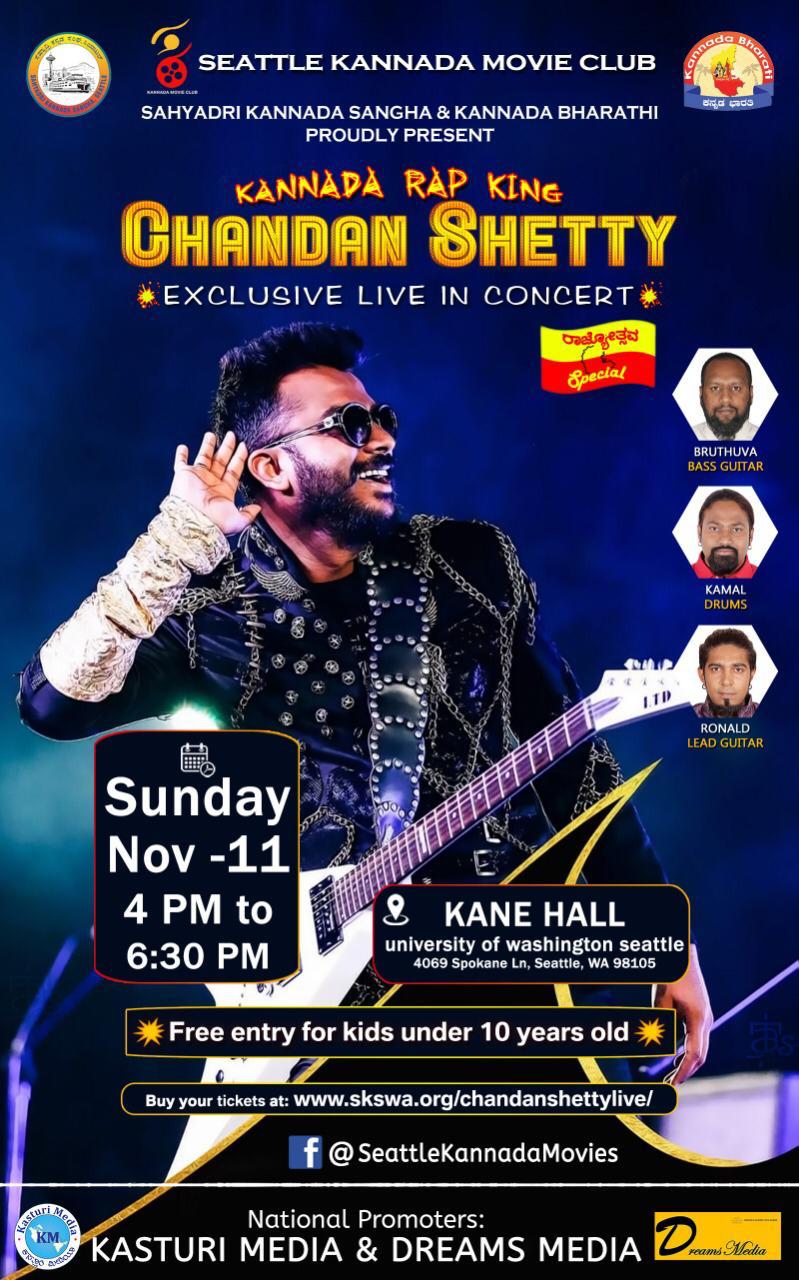 Artist Chandon Shetty makes it to Seattle for November 11 show!

Chandan Shetty is an Indian film score and soundtrack composer, lyricist, and singer who composes music in the Kannada language.
Shetty entered the music industry in 2012 as lyricist and assistant music director for the movie Alemari , under the music director, Arjun Janya. Then he worked for several other movies such as Varadanayaka, Power, Chakravyuha, and Bhajarangi. He won in the reality show Bigg Boss Kannada Season 5 along with his friend Divaka.