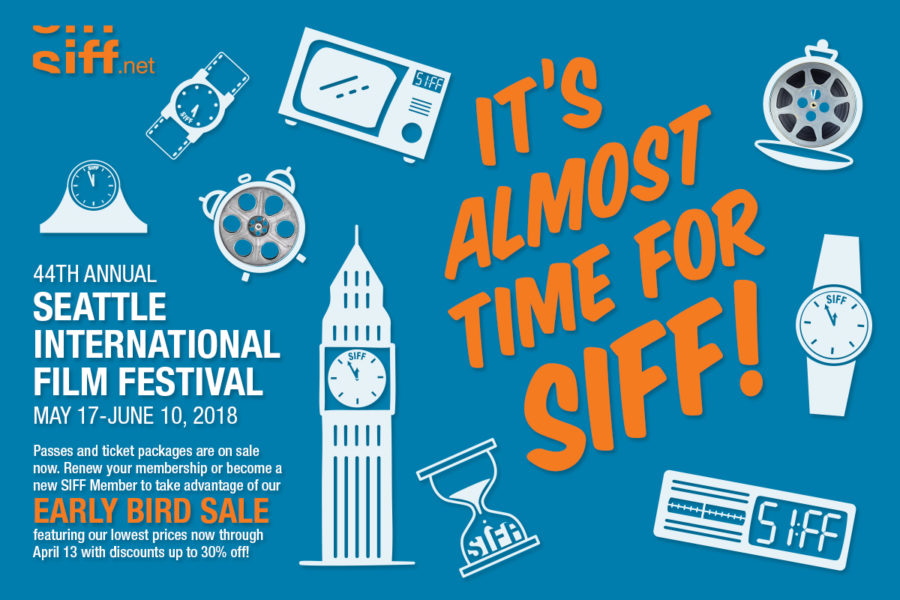 Seattle International Film Festival 2018 will be here before you know it. The programming is still being decided, but one thing is for sure: SIFF will still be the largest international film festival in North America.

Members can get Early Bird pricing on passes and packages through April 13, so it’s wise to buy now if you know you’ll be attending screenings this year. (At the very least, it’s good to make sure you get a SIFF membership, or renew it.)

For Those Who Love A Party

The Gala Pack is the way to go if you want to show up for the big parties. Early Bird pricing knocks off 20 bucks, so you can attend all three of the SIFF 2018 Gala film parties for $105.

For Those Who Love Surprises

Get the Secret Festival Pass. SIFF includes four secret screenings, at 11am on each Sunday during the festival. Secret festival passholders don’t know what’s to come (or even where to be until they get a special announcement), but the programmers are keen to make it worth the surprise every time. The member price for the Secret Festival Pass is $60 during Early Bird pricing. ($70 regular)

For the Film Fanatics Who Hate Waiting in Lines

Those who will be taking in all the films they can during SIFF 2018 may want to splurge on a Full Series Pass. These passholders get:

For Those Who Want to Walk the Red Carpet

See all the packages, including the totally baller Platinum Plus Pass, on the SIFF website.