Yes, it’s time for First Thursday Art Walk, despite Coronavirus anxieties and Facebook, Microsoft and Amazon all saying “Work from home.” We may not see the biggest, liveliest crowds out and about this month, but there is still great art. Here are a few of the gallery shows in downtown and Pioneer Square Seattle that we don’t want to miss. They share a common interest in the dreamy and the mundane, making the former more tangible and the latter more sublime. 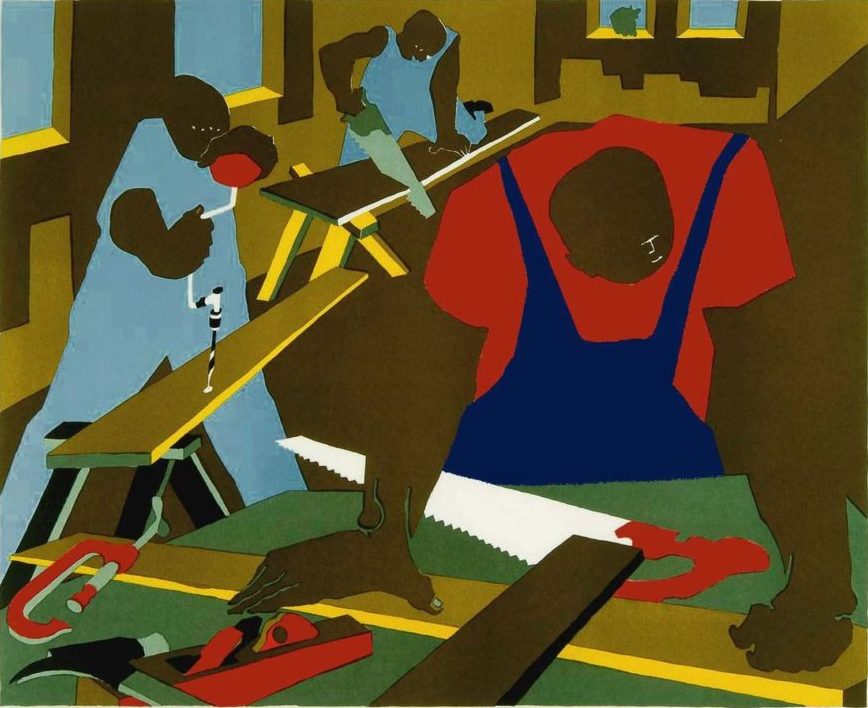 Last month, Greg Kucera Gallery presented fifty works by beloved Jacob Lawrence, a pivotal 20th-century artist and a local legend. Attendance was duly great, but the gallery knows that not everyone could yet make it. They have extended a smaller version of the show through March 28.

The gallery also has solo shows of two contemporary artists. Anders Bergstrom’s carefully crafted monotypes are made to look like oil stains on carry-out bags. At least, at a glance they are easy to dismiss as so accidental, but the colors and patterns he creates are far finer. They are humble and humorous objects of that genre that reminds us to seek and find beauty everywhere.

Ramiro Gomez’ work is somewhat complementary, as it focuses on the overlooked people (especially migrants) working in service and hospitality. Gomez generally removes their faces in his sculptures and paintings, but this strangely only emphasizes their humanity (and erasure, of course) amid callous materialism. See all of it through March 28. 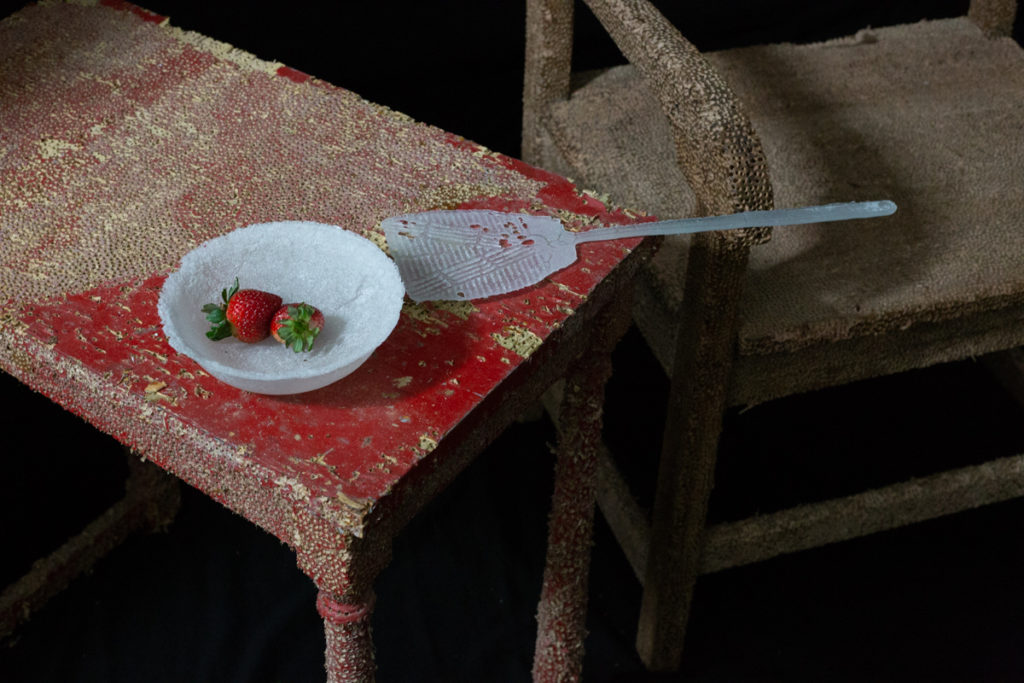 I don’t know quite what to expect at Traver Gallery this month, but I’m excited to see Todd Jannausch‘s solo debut in the gallery. The cryptic images that I have seen don’t reveal clearly just what Jannausch has created for this show, Now So Dreamlike. But past experiences with his mixed-media sculptures have indeed been oneiric. Wooden hammers and ax handles that seem to melt and droop; a pair of axes, one splitting other down the middle in a tableau that would make even Freud blush.

I expect the gallery will be full of objects that are deceptively familiar at a glance, exquisitely crafted, and a little unsettling. Explore it for yourself at Traver Gallery through March 29.

Like many artists, Nichole Dement draws from internal worlds and symbolic associations when creating her large-scale photographs, printed on rice paper fused with beeswax and resin. The end result feels almost sculptural, not just a flat image. But the real depth comes from Dement’s sensitive relation to the subjects of these portraits. While using symbols and objects personal to her, she also develops a bond with the people she photographs, to bring glimpses of their own inner life to the surface.

In portraiture like this, what we see ends up feeling archetypical, preserving the mystery and integrity of the individual. It’s a lovely, sincere contrast to the bulk of editorial, documentary or cliched images with which we are inundated daily. See them yourself at Gallery 4Culture through March 26. 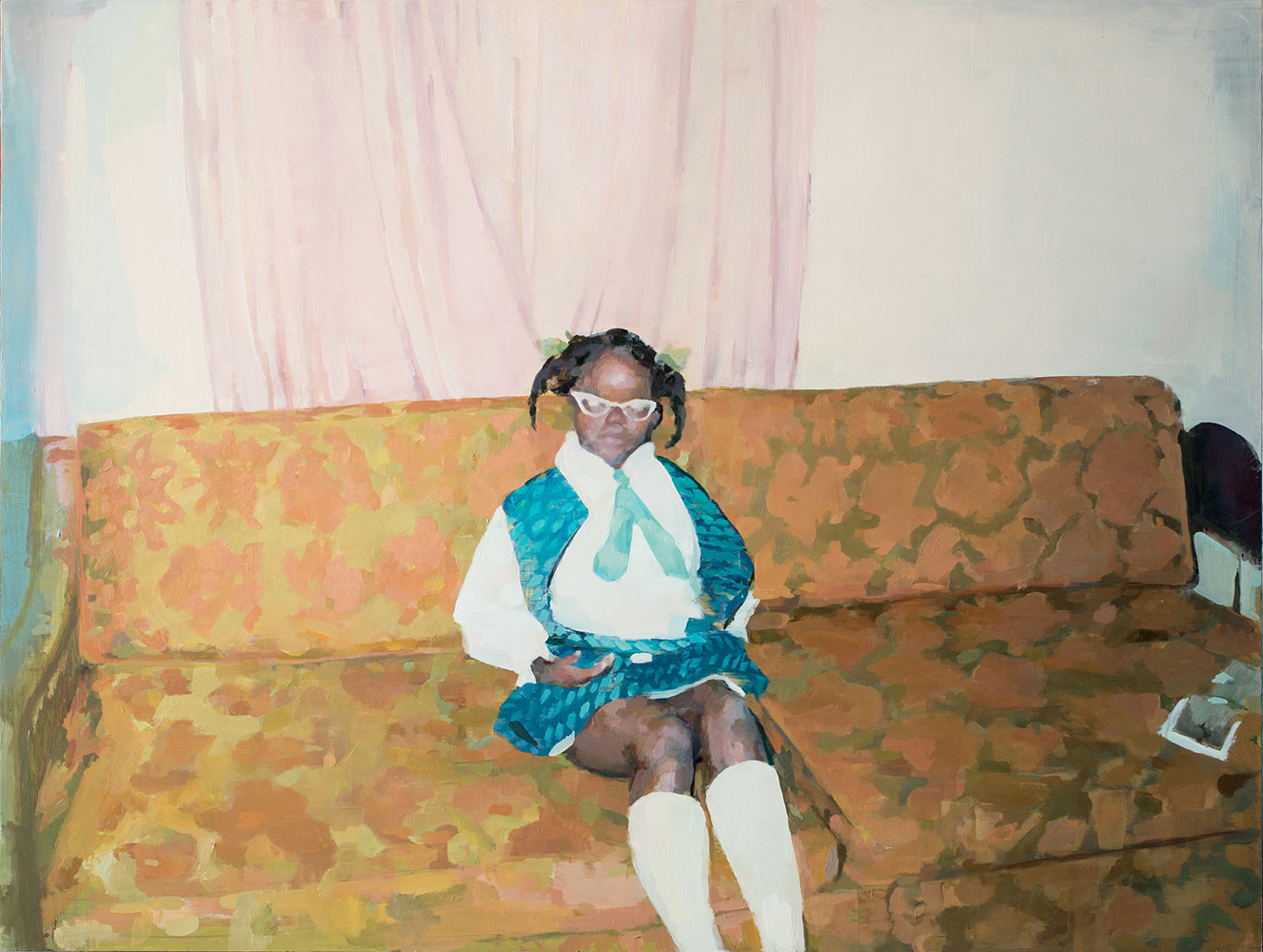 The photographic mode gets a very different treatment by Justin Duffus at Linda Hodges Gallery. The painter works from old and found photographs, but they do not end as mere “slice-of-life” portraits. The lack of context and Duffus’ painterly treatments leave the subjects rather unmoored, ghostly, and the effect can be unsettling or lyrical at turns. See them at Linda Hodges gallery through March 28. 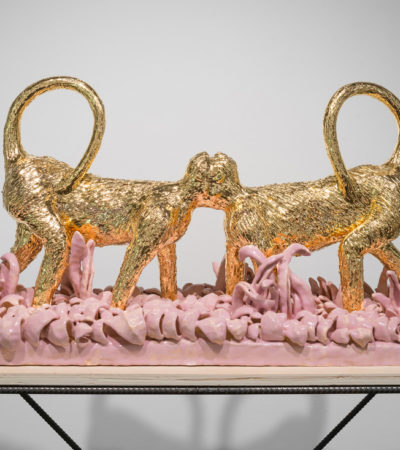 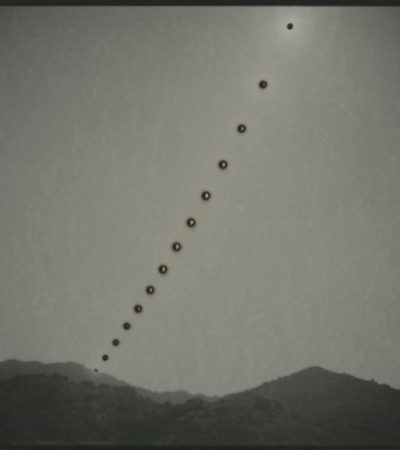 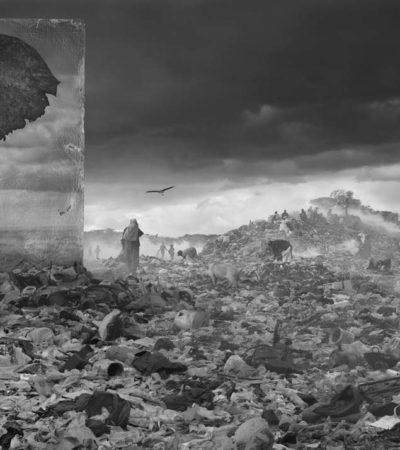 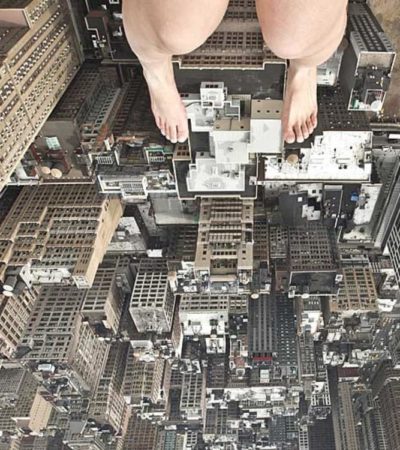