The very notion of style is so varied, it can be hard to recognize a true master of style at a glance. One must see how the individual touches a variety of practices and mediums to produce something recognizable their own. Artist and designer Lorraine Kirke is one of those individuals. Whether she’s altering vintage garments, creating new ones or curating a room with salvaged materials, her process is so intuitive and authentic that it may baffle someone watching from the outside…until the finished work suddenly emerges and—eureka! It all makes sense.

This was evident when I saw her home in Miami while enjoying some sunshine after New Years, and her ability to articulate it all was evident when we later spoke by phone. We were catching up conversationally from the moment I picked up the phone, and before I had a chance to ask her for consent to record and started the recorder, she made a rather astute remark about her process and aesthetic.

“I hope you recorded that,” she said after a pause, “because in ten seconds I won’t remember what I just said.”

Nothing is rehearsed or redone in Kirke’s way of creating; it flows spontaneously, and you had better have what you need to capture the magic when it happens.

My first opportunity to meet Lorraine and see her home arose just as spontaneously, in fact. My family of seven had spent New Years in Charleston, South Carolina at the Renaissance Weekend.

(For those who don’t know of its, there’s no relation to The Renaissance Festival. It’s an annual, gathering to foster community, emphasize the nuance in communicating complex issues, and help manifest novel ideas.)

However lovely, Charleston was cold, crisp, and a dozen degrees colder than we would have preferred. A brilliant decision was made, to spend a week in Miami, getting tanned—and in my fair-skinned experience, burnt. Among the requisite viewing of iconic Miami lifestyle—sports cars, towering apartment buildings, and fabulous shopping—my family went to meet Lorraine Kirke, a friend of my aunt’s, whom she said we must meet, even if only for a minute. She was right.

I did accidentally introduced myself at the door as Benjamin, right after my brother (actual Benjamin) had introduced himself. For the record, Miami Beach Margaritas are abnormally delicious and deceptively strong. Lorraine asked my parents, “Did you name two of your sons Benjamin?” My brothers were already having a laugh, and I corrected myself:

“Hello, my name is I’ve had too much drink.”

Loraine never let the confusion turn into embarrassment. She was gracious and lighthearted through the entire visit.

She gave us a tour of her flat. Despite the ubiquity of art on the walls, sculptures on side tables, and fabrics unknown to me draping the furniture, one room stood out more than any other: a small bedroom, near the back of the flat. Though more muted in color than is typical of her work, its balance of influences and ideas captured beautifully her intellectual playfulness as a designer.

The walls were painted an off-white white that reminded me of virgin wool. Adjacent to the window, which perfectly frames the island’s nightlife scene, sits a large armoire dresser in Connecticut white, its antique paint chipping. The bed resides in a nook, with a unique wallpaper on the outward-facing wall. My brothers and I were rapt with the nude women rendered as small, subtle figures in intricate poses, hand-in-hand, whose overall effect reminded me of Matisse’s “The Dance.” The wallpaper is called “Coven,” by designer Costanza Theodoli-Braschi for her line Maison.

It’s a fun twist: The setting of the bed almost feels like something from a convent, meditative and secluded. (“Convent” and “coven” are in fact a double, arising from the same Latin root, along with “convene.”) It makes for a fantastic balance between religious austerity in the layout, and a lively, magical influence from the wallpaper.

Seemingly disparate things convene in all of Kirke’s artistic practices, and this naturally extends into her living space. The idea of the total work of art, a living space in which all features are considered and balanced with each other, is alive in Kirke’s home. But she is neither dogmatic nor loses her general vision as she builds from many small pieces. She described this holistic approach in personal terms in our interview:

“If you look around at the whole thing once it’s put together, it gels,” she explains. “It’s like if you look at a person and they’re not perfect in one area, but like, really, if you don’t judge each little piece the whole thing makes sense. And that’s how I look at it. No one you know is perfect, but the whole really works in the end.”

Lorraine makes a room feel like an extension of her style, at first understated and elegant but teeming with details that require closer looks. Her process is not pre-planned, logistically, whether she’s styling a person or furnishing a space.

In fact, Kirke mentioned that her primary inspirations come not from popular media and entertainment, but from good old-fashioned libraries, archives, fabric magazines, and journals. Kirke reminds me of Ralph Lauren in the sense that she is one who loves fabrics and understands that fashion as an industry limits what fabrics can become which garments. Kirke, like Lauren, pushes these expectations aside and creates whatever vision she finds most compelling when creating one-of-a-kind garments.

“I put fabrics together, and textiles so it wasn’t just vintage. I put my own style on them. I would buy a big beautiful 1930s dress that didn’t fit anyone, so I cut it up because I love the fabric.

Having lots of daughters, I knew basically what people liked, but I also never ever followed fashion. I never look at fashion magazines. I’ve never done a fashion show with my stuff because it doesn’t matter.”

Rather than focusing on trend-chasing, Kirke spent her energy making more uniquely stylish clothes for her daughters. Her target audience and critics were always in front of her, so the glossies were of no importance. And Kirke has a work ethic to match her passion. She is notorious for working through the night on a wind of inspiration, completing the fabric cuts for dresses without realizing the dawn is approaching.

“I’ll stay up all night and cut fabrics,” she says, without a hint of fatigue or regret. “My assistant used to come in and ask, ‘Were you up all night?’ Because there would be ten dresses ready to make.”

At a certain point in the life of any artist and designer—especially among the avant-garde—one accepts that most people are never going to understand why or how one creates the way one does. Life doesn’t necessarily get easier, nor does the actual act of creation, especially when working on behalf of others. In Lorraine’s experience, her visions are not always accessible to onlookers when she is just explaining them as an idea rather than showing them a finished work. She knows, innately, that the room or the dress will come together as it’s meant to, not through stringent planning, but co-creation with whatever she finds or what finds its way to her.

It is a challenge, though, when clients who see the value in what she creates don’t trust her process and who want to impose more arbitrary rules that Lorraine never imposed on herself.

“And people ask me to do their homes, and I say ‘Are you sure you want that?’ Because I don’t stick to rules. And some of them say ‘yes,’ but then halfway through, some of them go, ‘oh wait, shouldn’t that be there?’ And I’m like ‘Should it?’ I mean, I don’t know? That’s not how I work.”

Lorraine finds compelling pieces that not everyone would recognize as having the potential to be altered and live a different life as art. She can see a coat on a rack from across the room and envision multiple ways to embroider or remake it anew.

“I can go through a rack faster than anyone. I can see it from like five feet away. I can see, ‘Oh I know I’m going to like that bit.’ Or I can grab something, and someone will say why are you buying that, and, I mean…you’ll see. It could be a headboard or you could be wearing that. Who knows?”

Simply put, Lorraine Kirke is an alchemist of her own design. She takes rooms and applies her unique aesthetic, making them one of a kind with her eclectic sense of objects, fabrics, and colors. There’s no telling what she’ll make next, only that it will be totally Lorraine. 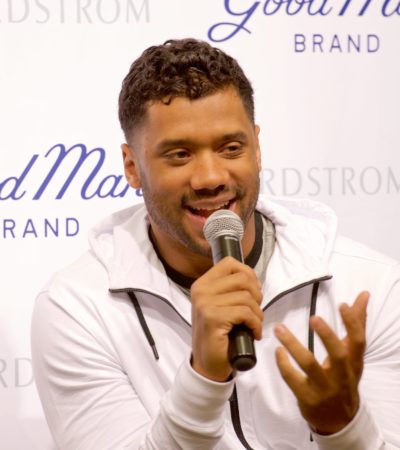 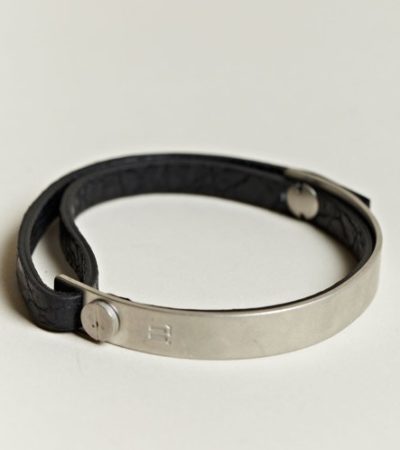 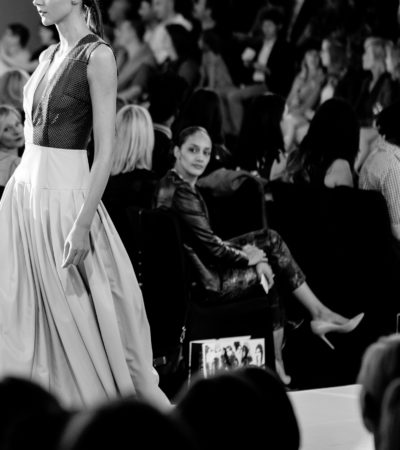 Vogue a Trois: Down By The Sea