Even hardcore cinephiles will glaze over trying to read all the synopses of the hundreds of films playing at Seattle International Film Festival 2019. Many of us will be checking the SIFF calendar to see what might align with our schedules. Genre fans will search by category. Others will let the programmers recommendations help them make their choices. As for us, we thought we’d talk to some of the filmmakers screening their work at SIFF 2019 and ask what they most want to see.

Some of these recommendations have already played their last screening at SIFF (alas!), but file them away for future reference. There’s a little something for everyone in these lists.

Mark Titus, director of The Wild, playing May 21 and 25


We here plenty about the dire depletion of Pacific salmon here in the PNW. Mark Titus‘ documentary The Wild follows the cycle of birth and death that salmon have enacted for millennia, through some of the most extreme circumstances. But will they survive humanity’s appetite for them and greed?

The Wild looks to Bristol Bay, Alaska, where the EPA has recently dismantled hard-won protections for the ecology and its inhabitants. The way is now clear for a corporation to create North America’s largest open-pit copper mine, a disaster for land and sea and all who inhabit them. Bristol Bay includes the headwaters of the most prodigious wild sockeye salmon run in the world. The place and the film are a case study in humans fighting for survival against indifferent, faceless plutocracy and corruption, and alongside them, the salmon in their lyrical struggle to continue the cycle of life.

Check show times for The Wild.

Ghost Fleet, playing June 2 and 3
A look at the harsh conditions faced by enslaved fishers in southeast Asia. “I absolutely love the title of this film. It sets the mood for something somber yet hopeful by connection through a visionary woman working to return people’s lives and dignity.”

Lynch: A History, playing June 3 and 5
Sea. Hawks. “It’s Marshawn. What else is there? I watched him pass by on the Seahawks victory parade float after winning the Superbowl. I cried like a baby. He is an enigmatic champion for justice and my producer, John W. Comerford is a consulting producer on this film.”

Enormous: The Gorge Story, playing May 25 and 28
For music lovers, a look at WA’s magnificent Gorge Amphitheater. “I have memories that may or may not have been fueled by a type of spore of a magical James Taylor show and finding my way to a farmer’s field naked at sunrise. The Gorge draws you in – as does this film.

Virgin & Extra: The Land of the Olive Oil, playing June 2 and 3
For the foodies… “I love sustainable wild food that tastes great and is great for you. (Hello, wild salmon!) And I’m fascinated by process. This story of the world’s best olive oil is super intriguing to me.”

Stories of Us: Camp Second Chance, playing June 1 and 2
A look at Seattle’s homeless population as they survive Seattle’s winter despite blizzards, harassment and neglect. “This film is SO IMPORTANT. If we don’t humanize the homelessness crisis, we will never repair it. And as a man-in-recovery, I know how close to the edge any human being in this country can be to experiencing homelessness.” 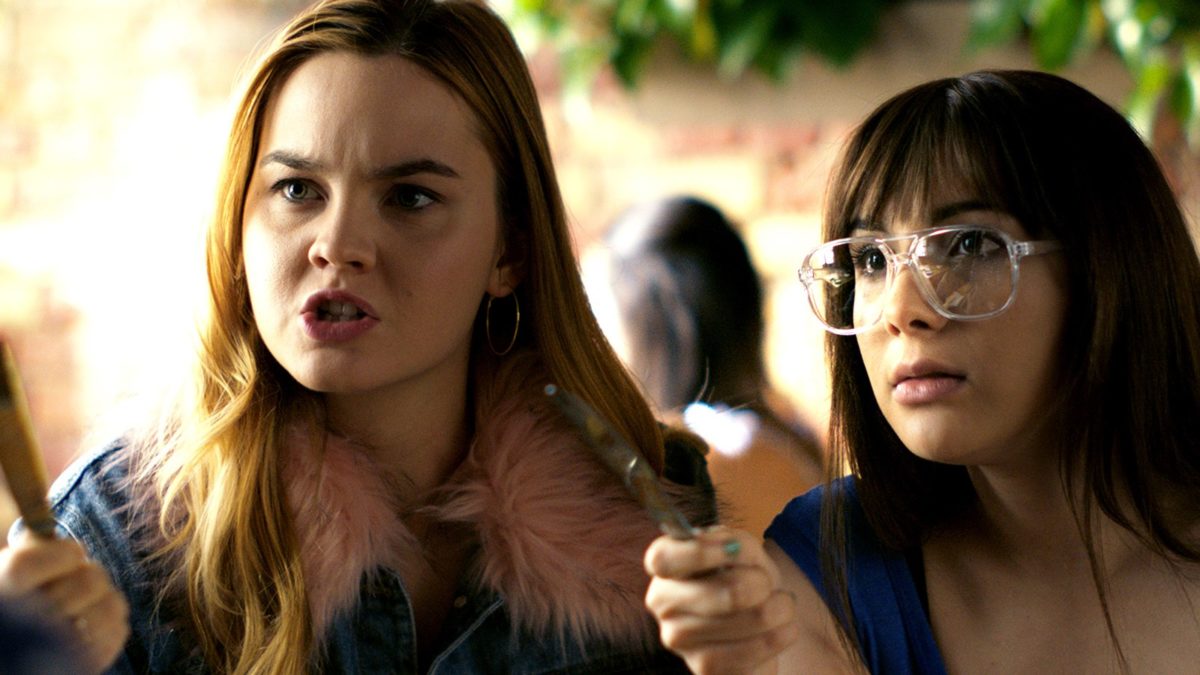 The late-teen, coming-of-age genre gets a high anxiety, colorful, Gen-Z treatment in Banana Split. This is the feature directorial debut for Ben Kasulke, who has worked as a cinematographer on many films featured at past SIFFs, including The Immaculate Conception of Little Dizzle, Your Sister’s Sister, and My Last Year With The Nuns.

In Banana Split: Recent high school-graduate April is leaving her home in Los Angeles for Boston University in a few months, and is ready to cut loose…from home and from her ex (and first boyfriend), Nick. But when she finds an unlikely BFF in Nick’s current girlfriend, Clara—a recent transplant from Fresno—both young women end up questioning what they really want versus what is expected of them. Kasulke fills every shot with intense colors that evoke the excitement of new friendships, new beginnings, and youthful verve. But this is all tempered by the palpable unease and uncertainty in April and Clara, played by Hannah Marks and Liana Liberato respectively.

Sword of Trust
“How can you live in Seattle and miss a Lynn Shelton movie at SIFF? I was lucky enough to see this at SXSW and loved it.”

I Am Cuba, playing June 4
The striking beauty of Cuba was crystallized in this Cold War, pro-revolutionary propaganda film, (and cult classic) directed by Mikhail Kalatozov. “This is legendary work by cinematographers Sergei Urusevsky and Alexander Calzetti on the big screen. Done.”

As The Earth Turns, playing June 1
Filmed in Seattle 1938, this vision of an apocalyptic future war is presented with a new score from local composer Ed Hartman. “Director Richard Layford is a new discovery to me thanks to SIFF. An 80-year old silent film shot here in the Emerald City, this is required viewing..”

The Death of Dick Long, playing June 7 and 8
Two small-town dimwits party hard with their friend…a little too hard. Morbid comedy unfolds as they tru to cover for his sudden disappearance. “I will watch anything by any part of the equation that is the filmmaking team of Daniels. Daniel Scheinart teams up with an awesome cast including Jessica Weixler and Andre Hyland. Swoon City!” 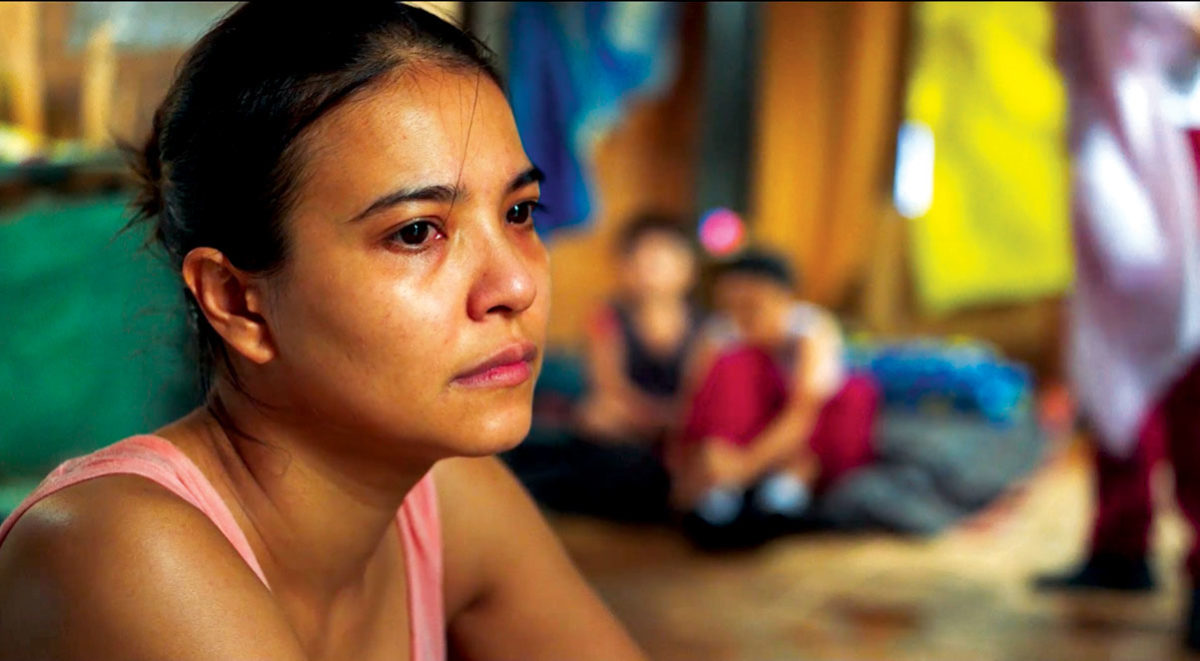 
The Republic of the Philippines’ President Rodrigo Duterte began a no-tolerance policy against drug users shortly after his election. Extrajudicial killings became commonplace, with death squads patrolling on motorbikes and leaving the bodies of those they executed in the street. The poorest communities, barangays, have been hardest hit, of course, and corruption is rife.

WTF?! playing May 26
A two-hour program, featuring eight surreal short with everything from taxidermied dads to sci-fi thrills. “Because I love to get my mind blown.”

Socrates, playing June 3 and 5
A look at life in São Paulo’s favelas through the eyes of bereaved teen, Socrates is executive-produced by Fernando Meirelles (City of God) and performed, co-written, and produced by a crew of at-risk youth under the guidance of the UNICEF-backed Quero Institute. “It portrays a human condition very different than our own.”

Banana Split, playing May 23
Well, hello again! Did we get to mention that actress Hannah Marks co-wrote the screenplay and Ben Kasulke is based here in Seattle? Well, now you know. “Director Ben Kasulke is a force to be reckoned with.”

Another Day of Life, playing May 22
Co-directors Raul de la Fuente and Damian Nenow tell the story of the late journalist Ryszard (Richard) Kapuscinski as he covered the Angolan civil war in 1975. “The mix of documentary, history, and animation looks crazy.”

Cities of Last Things, playing May 27, June 7 and June 8
Three actors play a Taiwanese cop through three interconnected, neo-noir vignettes, showing in reverse-chronological order the path ends with his death in the first scene. “My film, Watch List, also features a groundbreaking performance of a tortured cop (Metro Manila‘s Jake Macapagal). And if we don’t support underrepresented actors, who will?” 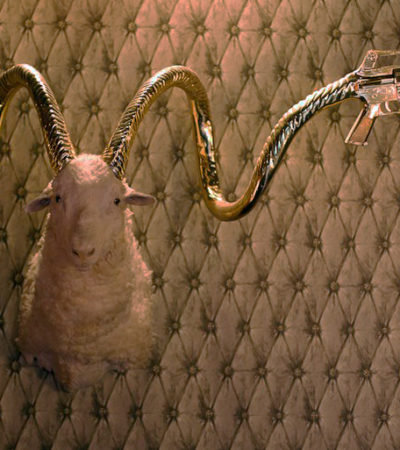 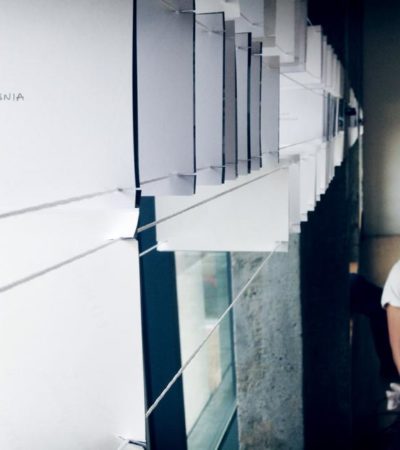