Home / Art / Take Them Home: 8 Artists at Seattle Art Fair 2017 That You Just Saw in Museums

Of course, there is no shortage of museum-quality art and art stars in the booths at Seattle Art Fair 2017. This is especially true at older galleries that specialize in the secondary market. For example, Rosenbaum Contemporary will be showing works by Robert Indiana, Louise Nevelson, Alex Katz and Alexander Calder (Booth C24). Calder we see regularly at the Olympic Sculpture Park, along with Jaume Plensa‘s Echo. (See a smaller sculpture by Plensa at Galerie Lelong & Co., Booth C11.)

But recent and current shows at museums in the Pacific Northwest have given viewers additional insight into some of the artists whose work is available at the fair. That includes rising stars and art legends. Here are eight that we have spotted.

Not one, but two galleries feature work from the elusive art royal, Yayoi Kusama. Her blockbuster show at Seattle Art Museum whose advanced tickets sold out immediately after they became available. David Zwirner Gallery is showing a large, perforated pumpkin sculpture by Kusama. Meanwhile, Whitestone Gallery offers painting and collage from Kusama.

Painter Summer Wheat has recently been introduced to Seattle audiences with an exhibit of works at The Henry Art Gallery. In her works at The Henry and at the booth of Fridman Gallery, Wheat doesn’t really stroke paint onto a surface. She pushes it through aluminum mesh to achieve an effect that seems to cross pixelation with mineral deposition. The eroded appearance gives Wheat’s work a melancholy tone, regardless of the content.

James Allen, like Summer Wheat, is one of the younger artists on this list. His book “excavations” are featured in a show that just opened at Bellevue Art Museum, Cut Up/Cut Out. Allen’s process involves cutting out pieces of books page by page to create a multi-tiered collage through a book. (No paste or glue. Everything is still joined to the binding, even if very delicately.) The results are surreal…sometimes so perfect you can’t help but wonder how things aligned so perfectly without foresight on the part of the bookmaker. See Allen’s discoveries at Russo Lee Gallery (Booth D26). 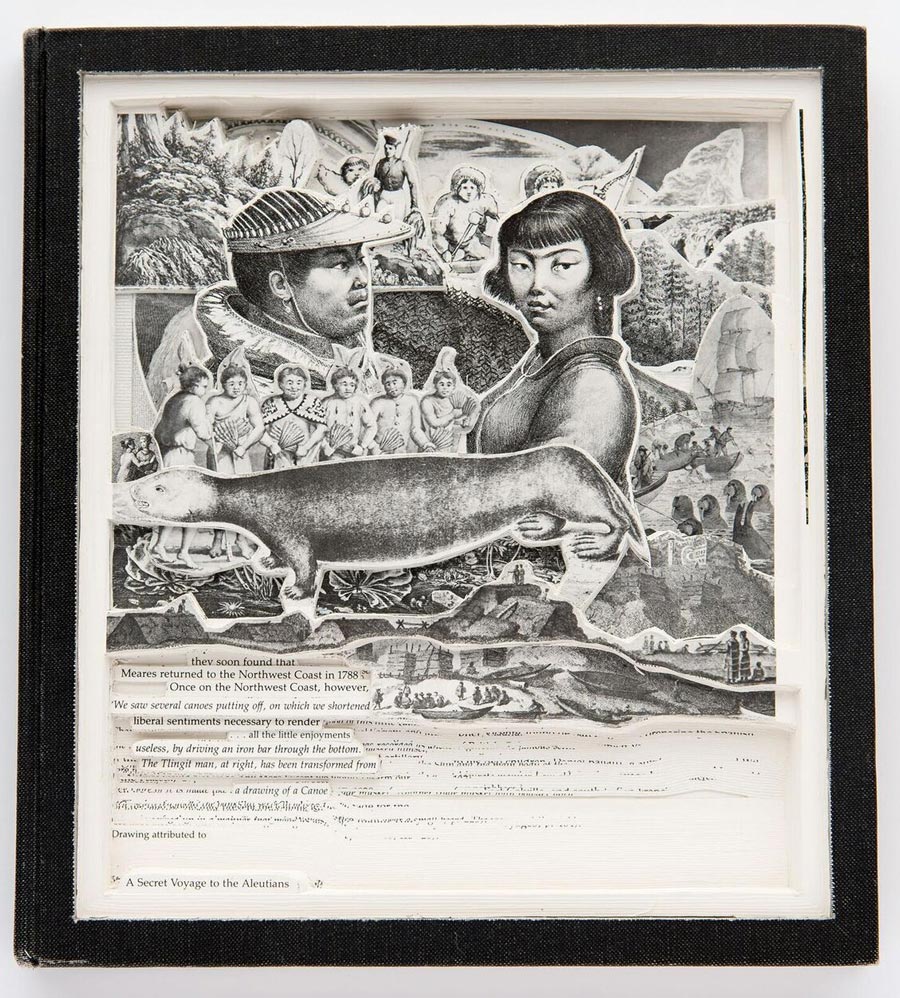 The Frye Art Museum began this year with a monographic exhibit of modern sculptor Alexander Archipenko. The female form was Archipenko’s main muse, and he often reduced its silhouette in sensuous, sinuous stone. Such is the case with a small sculpture ( he tended to work small) at the booth of Forum Gallery.

John Grade‘s massive sculpture of a tree, Middle Fork, kept growing with each stop it made on its bi-coastal tour, before reaching Seattle Art Museum, where it now hangs above visitors in the Brotman Forum. Davidson Galleries (Booth B26) is devoting their booth to works by Grade, constructed in the same method as Middle Fork, but on a much smaller scale.

Speaking of female muses, Vancouver Art Gallery‘s 2016 exhibit of Pablo Picasso focused on just that. The Artist and His Muses included a lot of portraiture by Picasso focused on prominent (and passing) women in his life. You’ll see several such prints by Picasso at John Szoke Gallery. Not incidentally, they are also presenting fantastic works by Edvard Munch. Fans of early twentieth-century art should not miss this one. 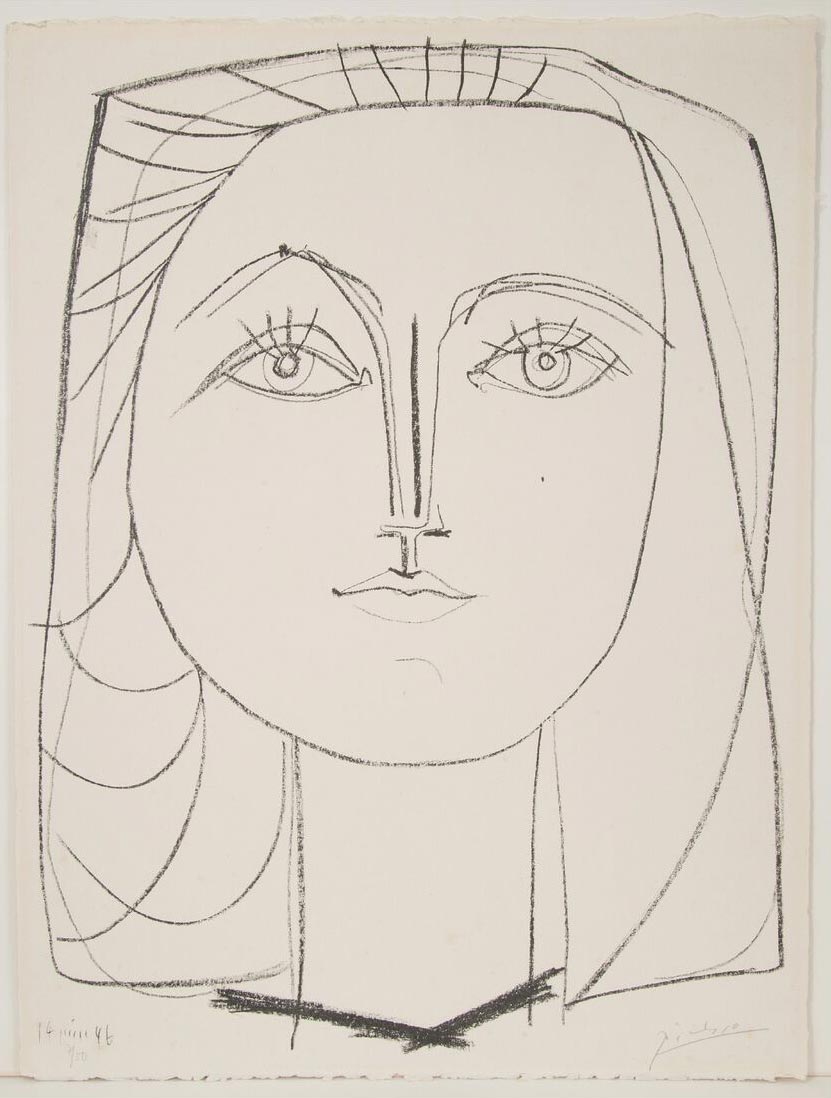 David Hockney is one of the most lauded and accomplished living artists of the last century. (Over 400 solo exhibits in his lifetime.) He tends to work on large surfaces, too, owing partly to his background in stage design. Paul Allen has quite a few Hockneys in his collection, and they have popped up in several regional exhibits curated from his collection. That includes a massive painting of the Grand Canyon by Hockney in Seeing Nature at Seattle Art Museum.

But Hockney also works small…and digital. He made a stir in the art world when he began debuting works made on an iPad using the Brushes app. That included a suite of 28 images he created on a trip to Yosemite. Three of those works will be on display at Pace Gallery (Booth A12)

Having multiple Warhols is pretty much requisite for modern art museums, and his colorful silkscreens still declare “I have arrived!” from the walls of many a collector’s home, just as the artist intended. Perhaps you have the yen for one yourself, especially if you saw the splendid and sprawling retrospective of Warhol’s works at Portland Art Museum late last year.

The Warhol on view at Michael Rosenfeld Gallery (Booth A17) is a little unusual. The face of Jackie O is centered and painted in black on gold in a tondo. Sounds classy, right? Well, her features are so starkly shadowed that she looks less like the first lady and more like the lead singer of a death metal band. It’s a touch spooky, which is not a word one usually associates with the tragic yet poised Queen of Camelot. Pair it with Kusama’s pumpkin sculpture for the most decadent Halloween vignette. It’s only three months away. 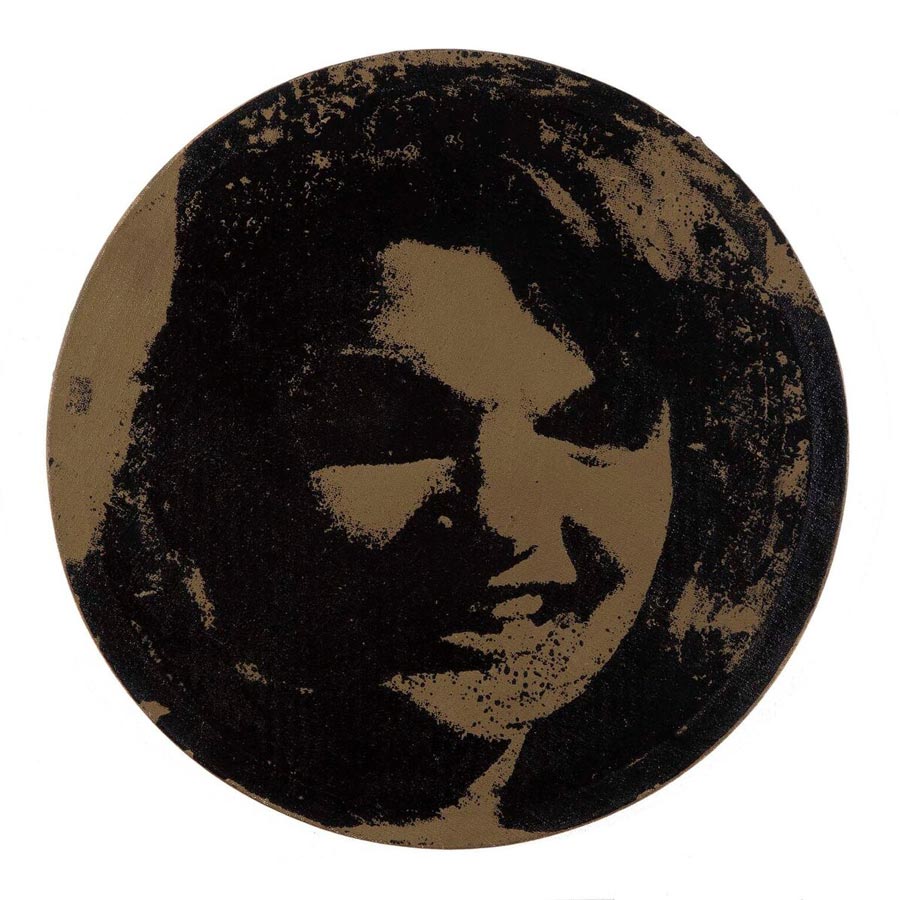 “Round Jackie,” by Andy Warhol. Paint and silkscreen on canvas, 1964. Courtesy of Michael Rosenfeld Gallery LLC. 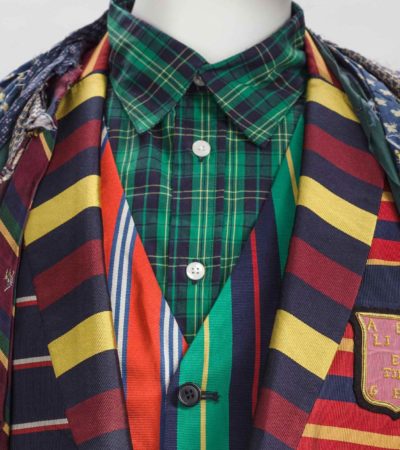 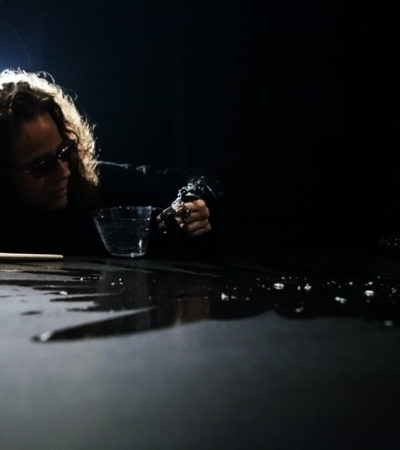 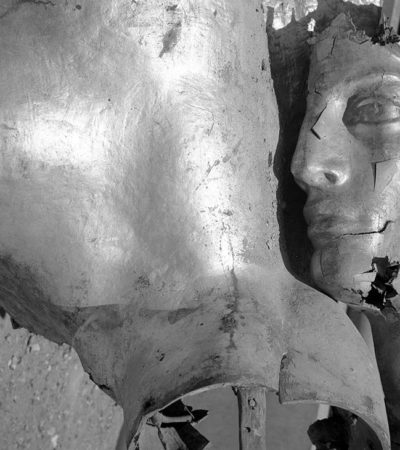