Spring is upon us, and everything is new in the galleries in Pioneer Square and downtown Seattle this month. Some shows opened late in February, but if you haven’t visited since the last First Thursday Art Walk, you’re in for some treats.

Those who are fans of ceramic art may already be planning a trip to Portland, OR later this month, when NCECA (National Council on Education for the Ceramic Arts) holds its 51st annual conference. There are a number of well-timed shows in Seattle art galleries this month that feature ceramic. (I highlight some of those in a separate section at the end.) There is also the can’t-miss final exhibit of master ceramicist Akio Takamori, who passed away in January. That opened in mid-February at James Harris Gallery and is deeply affecting.

It’s far from being a ceramic heavy month in the galleries, though. You’ll see a little of everything, most of which has an optimistic (or even cosmic) perspective. Because I’m so enthused about the exhibits in galleries around Occidental Park, we’ll start there. 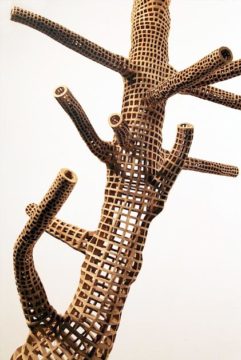 Sculptor John Grade‘s monumental tree sculpture Middle Fork was born in Seattle at MadArt in South lake Union. It then traveled to Washington D.C.’s Renwick Gallery, and on to the Davos World Economic Forum in Switzerland. Now it’s back in Seattle and larger than ever, hanging in the Brotman Forum of Seattle Art Museum.

At Davidson Galleries, you can see smaller works by Grade (pronounced GRAH-day, btw), including a branch in the style of Middle Fork. His sculptures inspired by fishing floats are an ongoing project, the blown glass cores of which were made during a residency at Museum of Glass in Tacoma. In addition to the sculptures, there are also sketches and drawings that reflect Grade’s process from two to three dimensions.

In the same building as Davidson Galleries, check out the Seattle debut of Houston-based artist Robert Pruitt at Prographica/KDR. Pruitt’s portraiture is bold, graphic and slightly surreal, with influences from sci-fi, hip-hop and comic books. Some images seem to come from a different timeline altogether. Others are firmly placed in this world, without affectation and with pure devotion to those portrayed.

There is a lot of buzz about works that portray people of color in fanciful portraiture that places them in the pose of colonial powers. In fact, the Seattle Art Museum had a show last year devoted to an artist who has made his fortune specializing in that somewhat regressive mode (and who seemed to include woman as an after-thought).

Pruitt’s visions are truly progressive, dynamic and forward thinking. Rather than relying on a fetishism for past, aristocratic and Eurocentric displays of power, they imagine other timelines, other possibilities. Black History Month has just ended. Can we make March Black Futurism Month?

Sculptor Drew Michael brings a wild and varied solo exhibit at Stonington Gallery this month. The young, Inupiaq/Yup’ik artist is one of the most exciting additions to the long-running gallery’s roster in recent years. I was absolutely mesmerized by his debut last year, his syncretic symbolism and forms, which cut across all beliefs and refreshed one’s sense of the spirit, especially the maternal.

Initially, the work on display was going to be more personal and playful (even a little bawdy), but after the presidential election, Michael started creating other work that was purely beautiful. He has been inspired by the fashion and decor from the era of the Titanic—and indeed, the lines of his work are readily adapted to deco and beaux-arts styles. So in this solo exhibit, we rather get two shows: one that is personal and funny, and one that is a more showy, gilded body of work. It’s rather perfect, as we need that personal touch while, at times, it feels like the whole world is sinking under water. (Literally.)

The artist is flying in from Anchorage for the reception during First Thursday Art Walk, so do stop in.

On view at Stonington Gallery (125 S Jackson St). See more on the website.

One of the two shows at Foster/White Gallery is also ceramic focused: new large works by George Rodriguez. The features of Rodriguez’s figurative work are always expressive, but often quite ambiguously so. The most outstanding of these new works are defiant and confident. There is no question that they are a rebuttal to the blatant xenophobia and racism that has been on blast for the last few months, and it is healing to see.

Meanwhile, the colorful, speckled paintings of Sheri Bakes are a refreshing delight to the eye. Flecks of light flash against a dark background. A swarm of petals surges through the air. After a very long, dark winter, the promise of renewal here is much needed.

On display at Foster/White Gallery (220 Third Ave S). See more on the website. 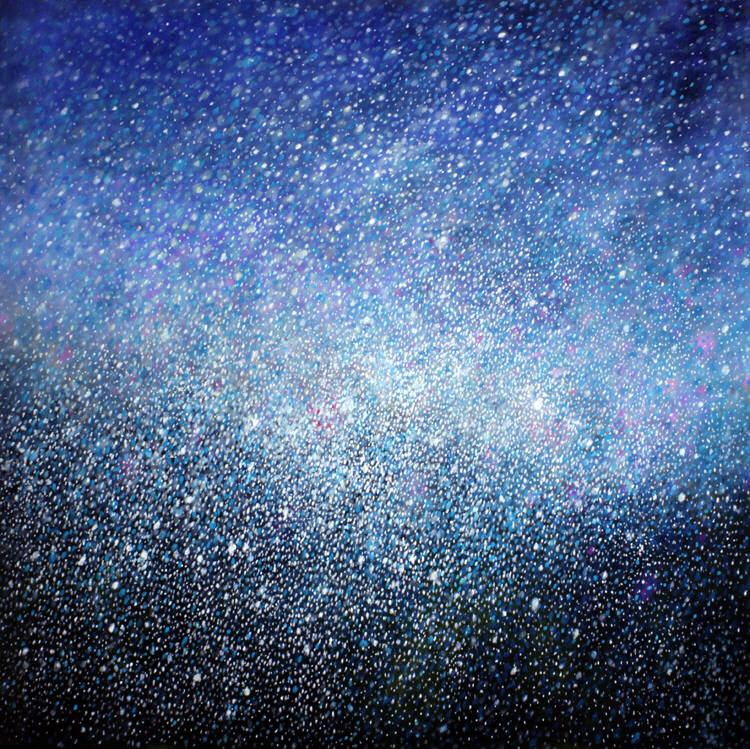 I won’t repeat the extensive title of Devin Liston‘s show at Treason Gallery here. It is long and seems to be in search of a reaction that the work itself ought to invoke on its own terms. His multi-media paintings are the product of inquiry into image culture and politics through his own peculiar lens, which dabbles in quantum theory and chaos theory. It resides at that point which is accessible by all: a knowledge that though the image is supreme in our culture, it is prone to decay. Though power may seem secure in the hands of a few, there are cracks through which it slips. And our experience of it all remains in the body, which may be a mere projection in itself. These are age old concepts, but Liston manages to put it in graphic terms familiar to our post-pop era.

On display at Treason Gallery (319 Third Ave S). See more on the website.

I have no idea what Sang Jun Yoo‘s installation Distant Light will take at METHOD Gallery. However, I do know that the gallery’s commitment to providing a space for unique installations has been consistently compelling. And I am also intrigued by the sapient artist statement, which almost never happens. My inner phenomenologist is tingling at the prospects. An excerpt:

I hear a tree in the wind at night. The tree sounds like one huge mass. The individual leaves are obscured into one whole. What I know as a tree is not what I perceive in the darkness. For a moment it is not a tree, my inability to identify the mass breaks the sequential moments of memory, and reality becomes continuity.

Read the full statement on the website. See the manifestation at the gallery. (106 Third Ave S) 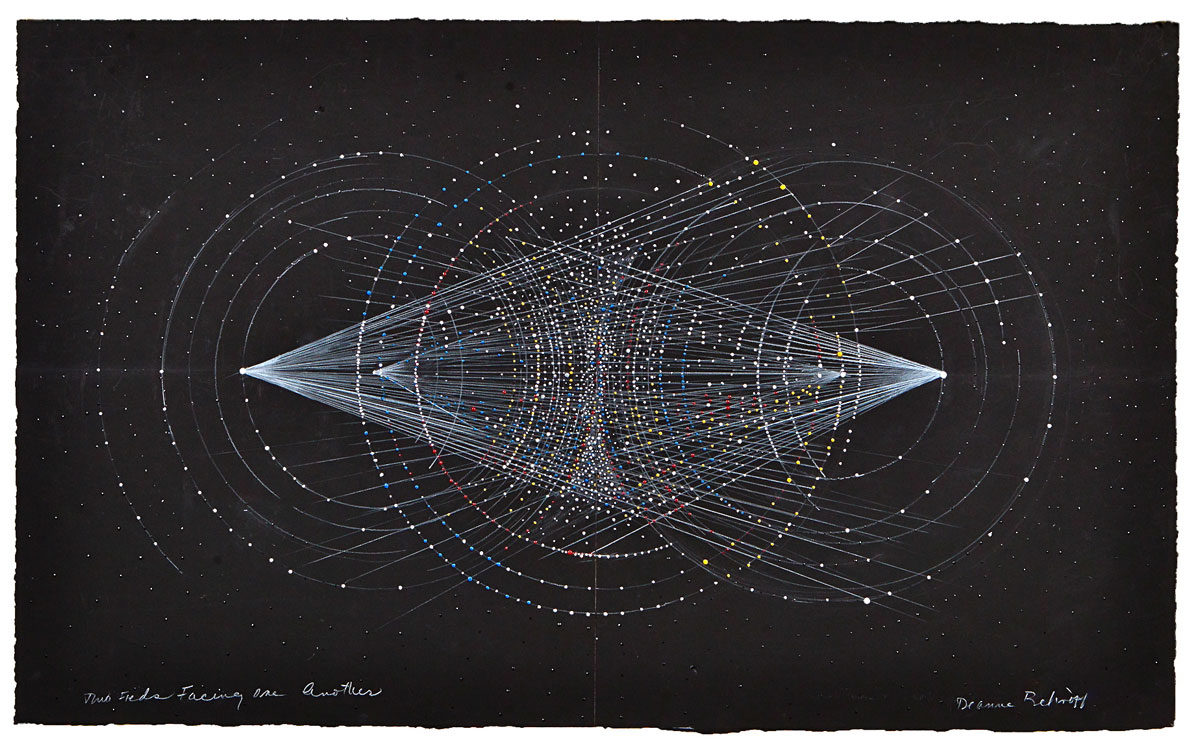 Deanne Belinoff has been making art for a long time, but like many Seattle audiences, I only first saw her work last year at Out of Sight, the largest locally organized satellite exhibition of Seattle Art Fair. I think I’m also not alone in having an immediate affinity for her paintings and drawings, which resemble star charts and diagrams. Her show at Gallery 4Culture, Space: Inside/Out, refers to her association of macrocosmic, stellar visions with the universe within one. For those who appreciate exacting technique and a thoughtful, curious perspective on our place in the universe, it’s definitely worth a look.

On display at Gallery 4Culture (101 Prefontaine Place S). See more on the website. 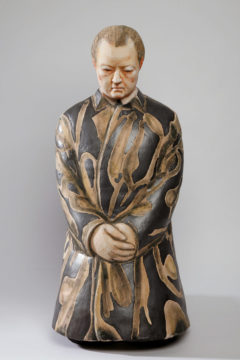 Apology/Remorse is one of the most heartbreaking but loving shows I have seen in some time. Much beloved artist Akio Takamori recently passed away, and in that light, this final show could be seen as overwhelmingly sad. It is instead, in my estimation, thoroughly liberating. Takamori’s drawings and sculptures of men in the pose of public apology weighs the sincerity of their gestures, but also bespeaks the need for forgiveness.

This series was in part inspired last year by Japanese Prime Minister Shinzo Abe’s formal apology for crimes committed by the Japanese army during World War II. Takamori doesn’t sculpt Abe, but the largest sculpture here also acknowledges the awful legacy of that war: former German Chancellor Willy Brandt in a moment of silence. It is all timely when the spectre of war looms large worldwide and nationalist movements borne of xenophobia are on the rise. These movements are not only without mercy or forgiveness, but are in many cases the result of the unaddressed (and irredeemable) legacy of colonization. We all need more moments of silent reflection.

Alongside these studies in apology, Takamori returns to a theme that appeared in his sculpture over the years: Greco-Roman style statues of the goddess Venus. Takamori never just makes simple replicas for the male gaze. There is always a twist that subverts and frustrates any purely objectifying view of the works. In this case, the somewhat unsettling result is that atop the limbless torsos of the goddess body are piteous, expressive heads of old men. They look deeply uncomfortable, if not truly remorseful. Interpretations are myriad, and can be humorous or dead serious—both fitting and devastating as a farewell.

On display at James Harris Gallery (604 Second Ave). See more on the website.

If you’ve seen Kent Lovelace‘s work before, there won’t be any surprises at Harris/Harvey Gallery this month…and that’s a good thing. Lovelace sticks to what he does best—scenic landscapes and fauna (especially Northwest bird species this time) in delicate oil on copper paintings. If you haven’t seen Lovelace’s work before, do try to. He has mastered his medium, a very specific style of painting that completely changes with the light as the metal below shines warmly beneath the translucent paint.

On display at Harris/Harvey Gallery (1915 First Ave S). See more on the website.

The mixed media sculptures and assemblage of Marita Dingus may use everything from broken glass, buttons, pizza cutters and springs, but they are always recognizable of her. In past years at Traver Gallery, she has worked large and small. The results have been surprising, but again, always true to her peculiar style. I myself don’t know what to expect from her new body of work The Gathering. I just know that it will probably be delightful.

On display at Traver Gallery (110 Union St). See more on the website. 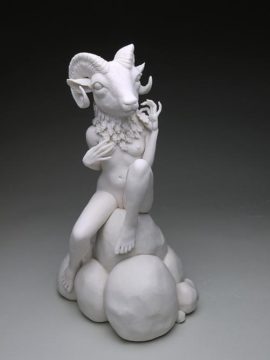 Also at Traver Gallery, check out the work of Montana-based artist Trey Hill. Hill’s elemental forms recall coral, tree branches, shells, seeds and more, arranged in ways that seem ready to topple at times, but are quite sturdy. As wild as he gets with his shapes, he gets even more colorful at times with his glazes. The results are all quite striking.

Nearby, check out something completely different at Abmeyer + Wood: the extremely fine porcelain sculptures of Crystal Morey. Morey’s theriocephalic figures express a range of emotions through their gestures: ease, surprise, sensuality, agony. Some border on sentimentality, but the overarching sense of connection (human and non-human, self and world) feels genuine. (1210 Second Ave. See more on the website.)

Last but not least—and back where this guide started near Occidental Park—check out Gallery IMA‘s showcase of many represented ceramic artists, including Paul Metivier, Gunyoung Kim and Carol Gouthro.

On view at Gallery IMA (123 S Jackson St). See more on the website. 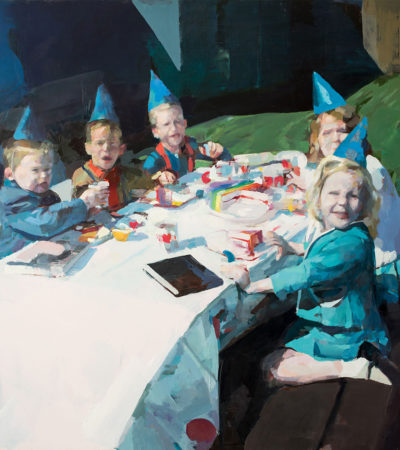 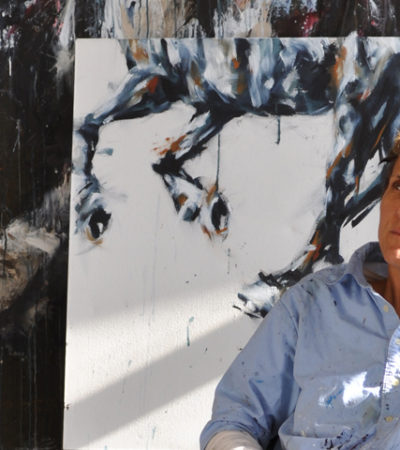 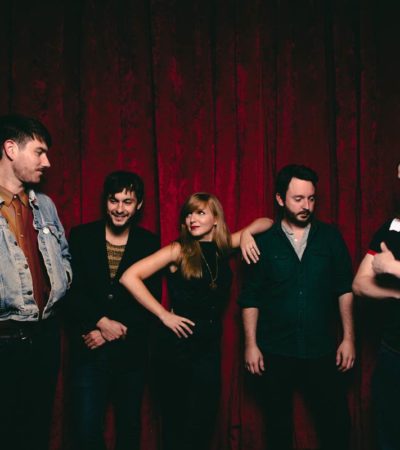