In the first segment of the four-part horror anthology XX, we meet a family of painfully normal white people on a city subway a few weeks before Christmas. Everything is just fine, until the little boy peers inside an old man’s wrapped present. Something inside that box unleashes a horrible knowing—and family life for The Browns sort of devolves from there. 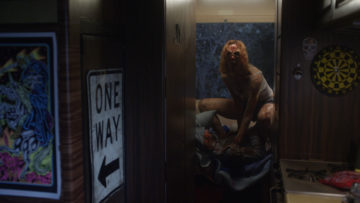 Such is the premise of the anthology’s first story, “The Box,” directed by Jovanka Vuckovic. I first saw the film at the 2017 Sundance Film Festival this February, where it made its world premiere. Starting Friday, March 3-5, Seattle audience can catch XX on the big screen when it debuts at Northwest Film Forum.

“The Box” felt like classic short-form horror to me, in the tradition of “Tales From the Crypt” or “The Twilight Zone.” And probably for those reasons, it was my favorite in the anthology. We are confronted with a basic premise (Remember Se7en? “What’s in the box?!”) and the dread builds from what is very probably an unanswerable question.

The second film, “The Birthday Party“—directed by Annie Clark (a.k.a. St. Vincent)—plays more like dark comedy. Melanie Lynskey stars as a housewife with an unexpected corpse on her hands on her daughter’s eighth birthday party. The segment shines in no small part due to Lynskey’s pitch-perfect comedic performance as a woman on the edge and possibly under the influence. I also appreciated the meddling presence of the birthday girl’s way-too-pretty nanny.

Horror anthologies are a unique and dubious pleasure. They’re like a box of chocolates: Some of the chocolate tastes bad and you have to spit it out. And that’s sort of how I felt about the last two segments of XX. Still, “Don’t Fall,” directed by Roxanne Benjamin had its moments, particularly if you like watching good-looking young people getting picked off one by one in a series of grotesque deaths (which, pardon me, I do). The last film, director Karyn Kusama‘s “Her Only Living Son,” seemed more than promising. It features a mother and her teenage son, who seems favored by the devil. It could have been great, but the execution of the story didn’t deliver on its promises.

The horror anthology is in some ways a rare refuge for short films. It seems like they don’t make as many anthology pictures as they used to. That all of these films are directed by and feature women in leading roles add something to the intrigue, so long as we take that fact as one feature of many and don’t regard it as a trope or—worse yet—a handicap. Despite my criticisms, there’s enough good stuff here to make this a spectacle worth seeing. Just think back to your childhood experiences watching Creepshow and other weird anthologies of that ilk. Even the lame stuff can have a weird way of sticking with you. 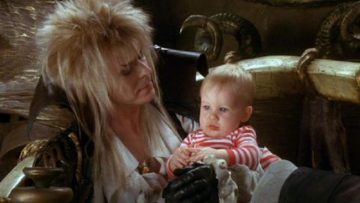 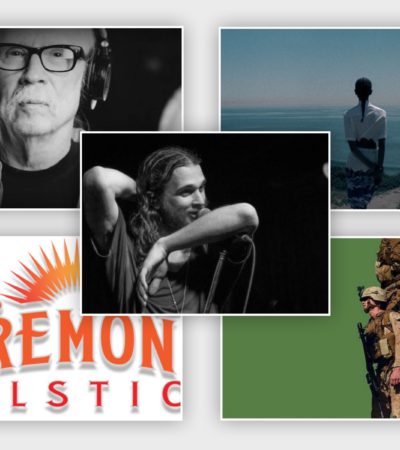