Four nights. Eight Shows. The rhythm, groove and soul masters of Tower of Power are taking over Dimitriou’s Jazz Alley. For over 40 years the band has been touring and recording and constantly in demand by fans, both old and new. Their brand of soul has influenced a generation of musicians and reached a diverse group of listeners through their recordings with artists ranging from Aerosmith to Santana, Elton John and Smokey Robinson. Among Tower of Power’s ten dynamic performers are four founding members: Emilio Castillo, Rocco Prestia, Stephen Kupka and David Garibaldi. These four have remained dedicated to keeping the spirit and timeless sound of TOP alive.

Tickets start at $47.50. The weekend shows have already sold out, but there are still seats available for the four shows spanning Tuesday and Wednesday. Grab them while you still can!

Tower of Power in Seattle

I Think You Are Totally Wrong: A Quarrel Opens at NWFF, February 8 & 15 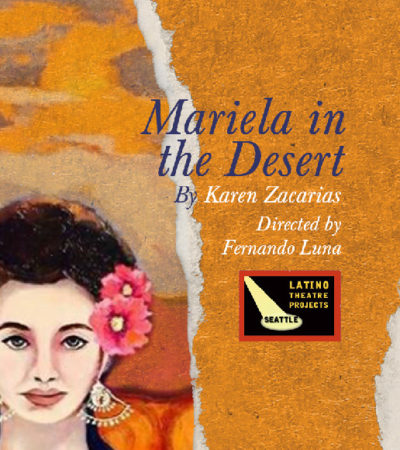 Mariela in the Desert at Theatre Off Jackson, through April 9