August began with a bang, with the return of the Seattle Art Fair and its many satellite exhibitions. Most of them were only up for the weekend, but the grandest of all, Out of Sight 2016 at King Street Station, has been open on weekends all month long. This survey of artists from the Pacific Northwest is produced by Vital 5 Productions. The presentation is more polished than the first year, from the lighting to the live performances that have taken place within the space.

If you haven’t seen it yet, maybe you’ve been telling yourself you’ll go next weekend. Well, this is the last weekend, so it’s now or never. Here are ten (+) things that I love at Out of Sight 2016 that should motivate you to get out and see it all for yourself.

The Installations and Murals

There were five large installations at Out of Sight this year, curated by Beth Sellars, and they all activated the space differently. The star of the show for me is Mike Rathbun‘s gorgeous lattice and torus structure, pictured above. I also loved Prentis Hale‘s inverted pyramid, which is literally out of sight if you don’t look up into the rafters. The murals that adorned the walls for the last year have been covered with new works, including a stunner by Christopher Paul Jordan. Pictures don’t do them justice, but they have inspired dozens and dozens of novel shots and selfies on Instagram.

You might think just by looking at her photos that artist Margot Quan Knight is using digital collage to create her abstractions of interiors, but you’d be wrong. She uses a customized mirror apparatus, which is on display at Out of Sight, flanked by two richly colored prints. Visitors have enjoyed snapping their own shattered selfies in it, but as for me…I’m just a sucker for process, and any art that invites viewers to understand the process, think differently about a medium, and even participate is (in Instagram parlance) 💯💎✨.

Speaking of mirrors, I also want to give a shout out to Jessie Siegel‘s “Knife.” During a press tour in advance of the opening, I admired the two individual collages that were used in “Knife” when I saw them before they were actually placed as intended. You don’t get to see them close up unless you get down on the ground, where they sit atop a mirror in a corner. Instead, you just get to admire the geometric, near-symmetrical obelisk of light that they create in the corner. See what I mean on Instagram before you see it at King Street Station.

“Birth of a Nation” by Paul Rucker

Around the corner, Paul Rucker holds a different kind of mirror up to audiences with his installation of KKK robes and hoods in colored textiles and patters. Rucker has another piece (bright pink) at CoCA‘s exhibition, What You See is What You Sweat, at the Good Arts Building, and there the lone figure feels simply satirical. The seven aggressively posed forms at Out of Sight are much more unnerving, a reminder of systemic white supremacy that can’t be ignored. And if the figures don’t get that point across, the display of racist activity books for children in a case behind them certainly will.

“We Dreamt Deaf” by Nicholas Galanin

Just near Paul Rucker’s installation is another sight one cannot ignore: the macabre taxidermy sculpture “We Dream Death” by Nicholas Galanin. The polar bear pelt used was shot in the 1970s by a sports hunter on Sarichef Island, north of the Bering Strait. The uncertain future of boreal communities and species, including the polar bear, is just one of several things that come to mind when one sees Galanin’s work. The wounded creatures seems to be dragging its half-crushed/commoditized body behind. It’s similar to a sculpture Galanin made of a wolf pelt (part of the Burke Museum’s permanent collection and featured in The Frye’s 2014 exhibition Your Feast Has Ended). The species, the scale and the expression make for a distinctly different effect, even more unnerving.

Mark Mitchell also has work at CoCA’s group show (like Rucker and Galanin), and his soft sculptures there are among my favorite artworks in that show. Meanwhile, the laboriousness, beauty and technical skill of “The Choking Kind, White Wash” is in a league of its own at King Street Station this year. Mitchell’s work consistently addresses heavy subjects, from death to mass incarceration, but never in a sensational way. It sneaks up on you softly, then turns into something deeply moving. (His knockout show Burial at The Frye in 2013 didn’t really sneak up, actually. It hit me like a ton of silken bricks.) As always, Mitchell produces something mournful yet jubilant, ornate but not pointlessly baroque. Every stitch counts, and Mitchell knows it…and it shows.

“The Hacker” by Allison Kudla and Kevin Scott

The gorgeous lightbox photograph “The Hacker” is a collaboration by Allison Kudla and Kevin Scott. Scott is a phenomenal photographer and Kudla is an inventive artist who works at the intersection of art and science. The tableau of “The Hacker” depicts a potential, not-too-distant future in which human biological life has become increasingly interwoven with technology. One gets a general foreboding by just examining the scene, but there is an audio component that adds a cold, robotic narration to it all, expanding the narrative and making the effect all the more squeamish.

Yes, you can technically see Chun Shao’s “HAIRS” right here, through Vimeo. But seeing it in context with the other video works at Out of Sight is even better. The same goes for the live stream of Brent Watanabe‘s invincible, teleporting deer mod of Grand Theft Auto V in the mini-theatre at the base of the central stairwell. You can see it on Twitch, or you can wander down into the darkness and watch the immortal stag bring endless carnage to San Andreas in an equally strange and unusual environment. You can watch “HAIRS” here, OR you can giggle publicly at its absurdity, with headphones on, eyes wandering to the row of eclectic animations on display, curated by Julia Fryett. (I recommend doing both, actually.)

Among the multimedia spectacle and ornate works, I found myself returning several times to admire the elegant simplicity of Sylwia Tur‘s ceramics. They are displayed atop a row of concrete blocks by the east windows, which overlook the railroad tracks below. Their minimalism belies the skill necessary to create such clean, balanced forms, and the juxtaposition atop the porous, darker concrete is a great touch. There’s lots of clever sculpture at the show, but none quite so beautiful as these.

The glowing web of Norie Sato

What’s old is new again. Norie Sato reprises a work from the 1970s in a darkened space just left of the entrance. Between two video monitors she has tightly strung dozens of strings that vibrate slightly with the sound and glow by the light of the snowy static on the strings. It’s visually striking, but also meditative, offering a little respite from the maximalism of the rest of the show.

“And Others” by Tannaz Farsi

I’d say that the tiny LED lights in “And Others” are innumerable, but Tannaz Farsi probably does know the actual number used in creating it. As a rule, I am not a fan of art that relies on text alone to convey its content (but I still find exceptions). In Farsi’s work, the glittering excerpt from Bertolt Brecht’s Threepenny Opera can be understood many ways, and it has its own dialog with the medium in which it is presented: the reflective darkness of the plastic surface; the erratic fading of the words; the exposed wires at back, showing the connectivity of all the elements. Brilliant.

In lieu of a curatorial theme, dialog may be the linchpin of Out of Sight 2016. You may have noticed that I haven’t included a single painting, drawing or photograph in this list. I assure you that there is no shortage of these things at Out of Sight, and they are fantastic. What’s more, the way in which the curators have placed them creates a dialog between pieces by different artists. That’s something you don’t always see in group shows, and that’s why I am leaving it to you to go see it all come together for yourself.

Last but not least (and also on the theme of dialog), there is a section devoted to Pressing Print, a library/bookstore of small-run editions, independently-published books and art books printed in the Pacific Northwest, curated by Justen Waterhouse and Minh Nguyen. On the final day of Out of Sight, Sunday, August 28, there will be a book sale. If you needed one last incentive to come in just under the wire, there it is. 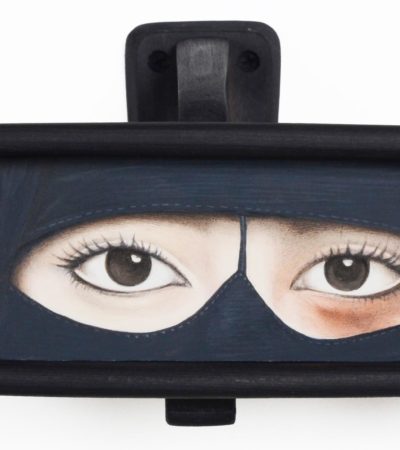 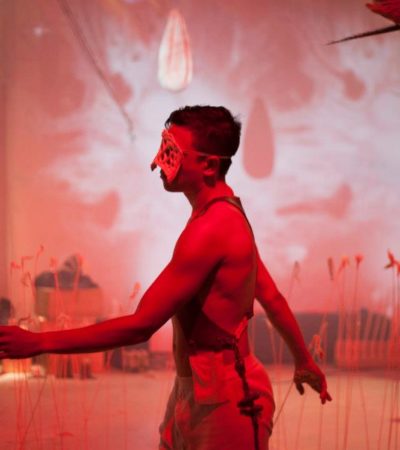 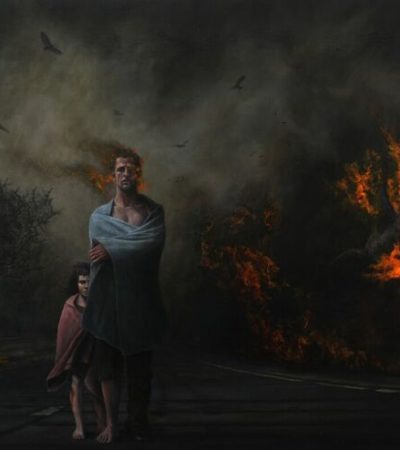 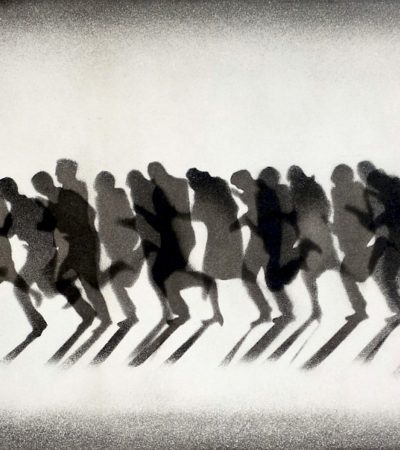