On the Boards keeps things interesting in Seattle year-round with innovative storytelling from international voices. Many of the more memorable nights of theatre I have experienced in the last decade were at OtB. Even if I wasn’t sure how I felt about a piece…I felt something.

The 2016-17 has just been announced, and it is as adventurous as expected. What’s different is the slightly larger number of local performers included on the roster. Those who value On the Boards for its internationally inclusive programming needn’t fear. They are still coming, and the locals featured are among some of the most acclaimed and exciting in the region.

Verdensteatret (Oslo) creates “a dazzling open-ended imaginary story-space” comprising video, sculptures, shadows, screens and sounds displayed in a “moveable room,” powered by 195 feet of elevated tracks, 11 motorized vehicles, 60 speakers and 30 micro-controlled motors. Watch a short video here. This is bound to be a grand opening spectacle to the season, so buy early if you want to attend. 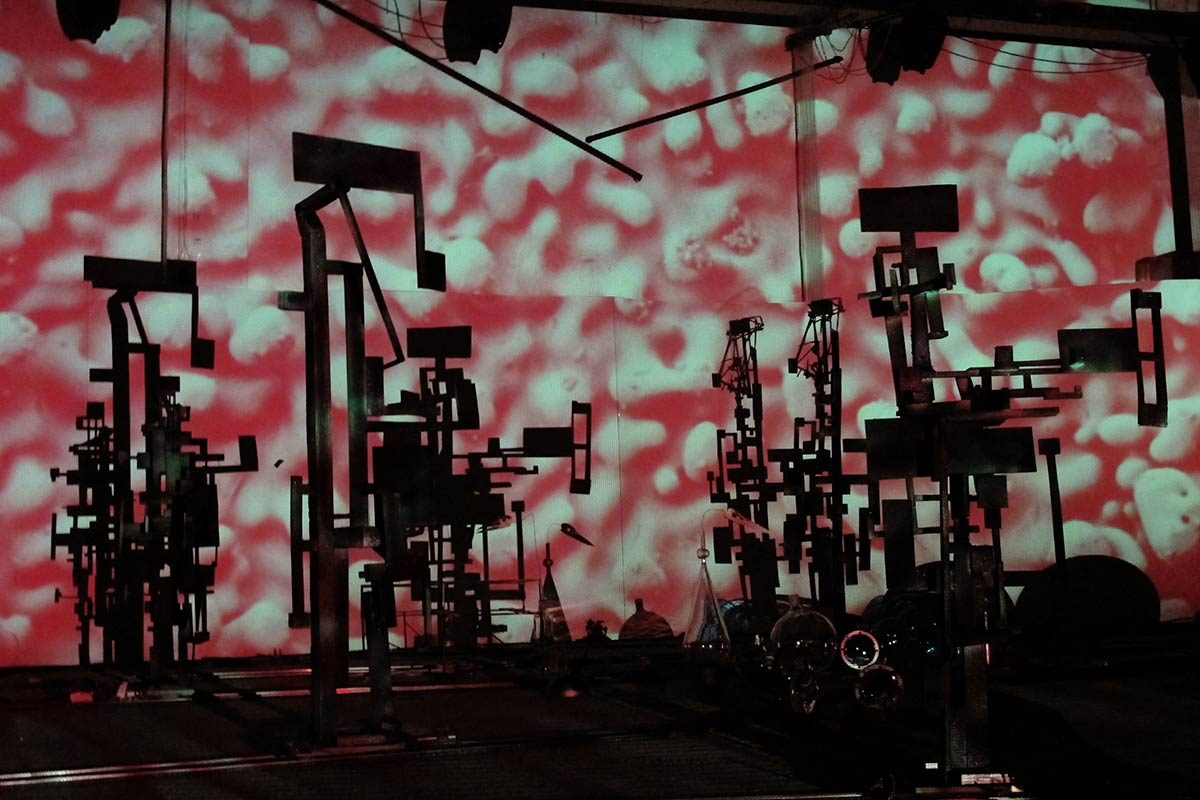 Alan Sutherland first told me a little about this project a little over a year ago, and I have been looking forward to it since. His inspiration is the fantasy/sci-fi children’s book The Wonderful Flight to the Mushroom Planet, and as a veteran performer who is not afraid to respectfully push the envelope, Alan’s vision is sure to be wonderfully weird: a real mushroom trip, featuring a collaborative team of similarly wild performers.

Seattle-based art duo Zoe Scofield and Juniper Shuey were last at On the Boards with their piece BeginAgain in 2014, but Seattle art lovers more recently enjoyed their immersive (and performative) installation at the Frye Art Museum’s Genius show last year. zoe | juniper always pair glittering videography by Shuey with demanding choreography by Scofield, and this time they will also incorporate the American folk tradition of Shape Note Singing. As the On the Boards press release puts it: “Singers join the dancers and vice versa in a fascinating world of constantly shifting perspectives.”

Seattle’s reputation as an important incubator for emerging dancers and choreographers has been growing nationally over time, with special attention paid to a few rising stars. Ezra Dickinson is among them, and distinct in his highly personal and penetrating address of pain and mental illness, drawing from his own experience growing up with a schizophrenic mother. Psychic Radio Star is built on her words, and includes sculpture and animation with dance to tell a story that is urgent and immediate to families around the country.

On the Board audiences may best know choreographer and dancer Markeith Wiley as part of the New Animals dance collective, which presented a moving tribute piece (choreographed by Wiley) in honor of a slain friend and peer as part of the 2013 Northwest New Works festival. He has in recent years been debuting works at other venues, and It’s Not Too Late will be his most ambitious and anticipated project yet, casting him as a “brutally direct” talk show host in a performance that merges stand-up comedy, theater, live music and dance.

NYC playwright Jerome A. Parker and Seattle director Andrew Russell take the legendary Dinah Washington as muse as they tell the stories of five black drag queens, ages 20 to 80. Russell is artistic director for Seattle’s Intiman theatre, whose 2016 season is devoted to telling the stories of women of color. This production will be an apt coda for Intiman’s work, and looks to be one of the more accessible, straightforward narrative theatre pieces of the OtB season. It will not be boring, however. On the Boards describes HOUSE OF DINAH as “Jean Genet meets Paris is Burning in a world of religious drag ritual, where Washington’s music reigns supreme and survival is the only option.”

2017 starts with more international programming, this time coming from Lisbon. Playwright Tiago Rodrigues performed By Heart at venues and festivals around Europe in 2015. It’s a meditation on the power of words, especially poetry, that once known by heart become treasures that enrich one’s life and bolster one’s spirit, even in the face of terrible loss. The interactive performance is laced with anecdotes from Ray Bradbury’s Fahrenheit 451 and the lives of Osip Mendelstam and Rodrigues’ mother. 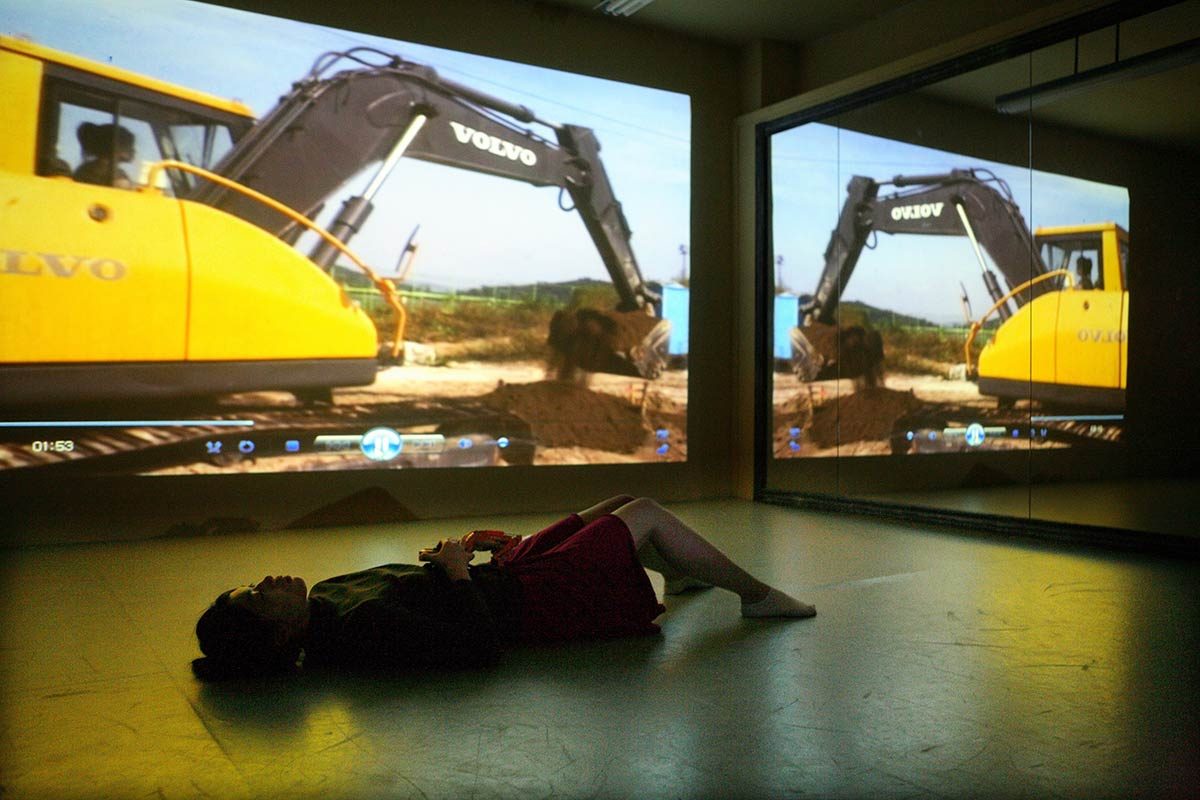 February 23 – 26, 2017: Tim Smith-Stewart, Jeffrey Azevedo – Awaiting Oblivion — Temporary Solutions for surviving the dystopian future we find ourselves within at present

Dada art concepts saw an interdisciplinary update in the 60s and 70s with the Fluxus movement, whose participants included Joseph Beuys, Yoko One and Nam June Paik. Tim Stewart and Jeffrey Azevedo take these concepts into the 21st century, wherein the antagonism between the public and private realms is peaking. In Stewart and Azevedo’s vision, street art becomes an essential mode of resistance and communication in the face of authoritarian control, surveillance and the oblivion that makes fools of hegemons.

This sounds pretty entertaining, but I genuinely have no idea what to say beyond what is given in the press release, so I’ll just offer that: “A band of intergenerational vagabonds comes together in a Human Be-In built for 2017 as the collective unconscious crashes headlong into Broadway musicals, ghosts, wild dancing, total vulnerability and Friedrich Wilhelm Nietzsche. Teetering on the verge of hilarious and tragic, the cast tries to heal itself and the audience by any and all means necessary.”

Visions of beauty was originally choreographed by creator Heather Kravas for nine women and performed as The Green Surround. This gender-swapped version puts nine men through its “daunting and demeaning” tasks. The performance confronts the pursuit of conformity and aesthetic perfection, enforced in ways that are ordinarily invisible in their banality. By staging these gender-specific performances, however, Kravas draws attention to the ways in which masculinity and femininity are delineated and enforced as aesthetic modes as well.

L.A.-based artist Lars Jan‘s The Institute of Memory (TiMe) proceeds from an individual pursuit to something more universal. The impetus: an attempt to better understand the character of his Polish-born father (a “Cold War operative and privacy-obsessed misanthrope”), recounted through archival wire-tap transmissions, erased memories and MRI brain scans. The result: An increasingly enigmatic view of identity and history, as Jan confronts the rapidly changing ways in which we document the past and present, leading not to definitive answers, but the soft edge of a blur.

May 4 – 7, 2017: Kristen Kosmas, Paul Willis and Peter Ksander – The People’s Republic of Valerie

The Seattle-based trio of Kosmas, Willis and Ksander present The People’s Republic of Valerie: “part boot-camp space-travel memoir and part how-to manual for the layperson to realize a paradise, even if only in her own mind.” Among its various inspirations: comic books, science fiction, the dharma, Martin Heidegger’s Being and Time, the writings of Daniil Kharms and Alexander Vvdensky, and “horrific world events.” This one is over a year away, so there is plenty of time for new and terrible disasters to shape this narrative, I suppose. Only time will tell.

The season ends with a bang with a three-part, multimedia “experiment,” featuring live performances at the mainstage and in a gallery, as well as a 3D film (part 1) that compiles six scenes of movement by dancer/choreographers Rashaun Mitchell and Silas Reiner. Part 2, the gallery performance, will expand on a portion of the film in real time, interacting with large objects and responding to the live audience. For the third part, Mitchell and Riener will perform their own choreography while Charles Atlas mixes and projects the images live, allowing for “up-close and tilted visions of bodies in movement.” It’s a novel way of seeing dance and will be an ambitious end to an ambitious season. 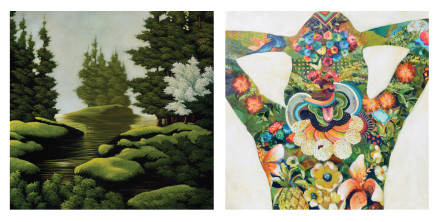 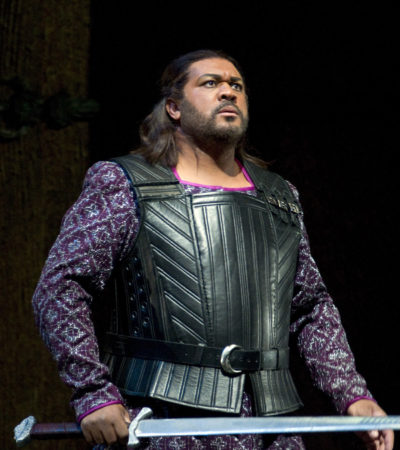