On April 6, the VS Society and Art team made a quick trip to LA to check out the opening of Los Angeles County Museum of Art’s Reigning Men exhibit. This particular show piqued our interest because of its elaborate marriage of fashion and art, a labor of care and precision that took five years to curate. The exhibit is an extensive collection of menswear dating back to the early 1700s, and includes details about historical context and the influences on men’s style from the elite, the rebels, the uniformed, the artists and everyone in between. Of course, high fashion reigned supreme, with representatives from Tokyo to Savile Row.

While taking in the menswear retrospective, I held some concerned conversation regarding the state of men’s fashion today with LACMA’s Senior Curator and Head of the Department of Costume and Textiles Sharon Takeda and Martin Kamer, whose extensive collection of menswear was purchased by Ellen Michaelson on behalf of the museum. Both obviously have an educated appreciation for the history of menswear, with all its social ramifications and cultural influences. We reflected that in the not-so-distant past, our fashion formality was a way of showing respect–not just for ourselves, but for each other. Even the joy and anticipation of our social interactions seemed to be heightened when there were higher expectations of our dressing. Now that our collective primary concern has become personal comfort, what are we comprising? 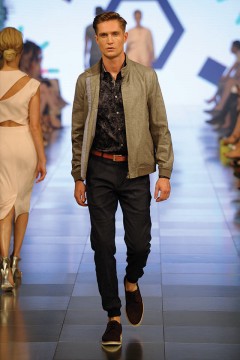 Much of this can be attributed to the changing culture and lowered standard of formality, with the movement to make certain cultural experiences accessible and anti-elitist. We’ve seen some companies thrive without adapting to changing fashion (specifically in the outerwear industry), which has had an interesting and inadvertent influence over the current athleisure phenomenon. Over the last 15 years, anti-fashion has been normalized, and people simply continue to wear their outerwear and workout clothes outside of the activities they were originally designed for.

Although we were worried about this phenomenon in our conversation at LACMA, in the back of my mind there’s a silver lining. The fashion industry has remained adaptable, and though often industry insiders might be seen as exploiting people’s insecurities and need for approval, they can also be seen as empowering everyday people to trump society’s expectations. Even if one has personally thrown out having cutting edge style in order to cater to an alternate identity, one still has to get dressed and make choices about what to buy and what story those choices tell the world. At some point we all wake up to the fact that even consumers who readily shop brands for the functional aspect rather than trendiness are still social creatures buying into an egotistic identity and from that no one is free.

With this in mind, new companies are emerging to snatch up the business of the more style-motivated clientele, where consumers prefer that form does indeed follow closely behind function. Even if we are living in a time where being casual and comfortable are important factors in our wardrobe choices, we still want to look like we know what we’re doing and that we have some social intelligence.

The relatively new athleisure phenomenon is perfect for those who want to look hot during a workout and stay chic without sacrificing comfort. This started in the ’90s and was adapted from street and outerwear. A little later, Stella McCartney began designing for Adidas, bringing a whole new level of style to workout clothes that could also be street clothes. Since then, we’ve seen many brands bringing new game to that gear we’ve been wearing by default when (let’s face it) we really just don’t want to try. Many companies are blending corporate and occasion-wear designs with athletic and street elements, resulting in a new hybrid of style. We’ve said hello to jogger pants, and they are now doing some heavy lifting in our wardrobes. Men can actually pair these with a blazer for a blend of professional and stylish elements.

Ted Baker London is the perfect place to hunt for your next athletic-inspired piece, and their classic functionality, style and affordable price-point is all now available in their new store at The Bellevue Collection. The brand has been available at Nordstrom for a while now, but the arrival of its own brick-and-mortar store, themed like a high tea room, gives the fashion crowd the feeling that they are being catered to in a fun way.

I combed the Ted Baker website to find my top picks for the ultimate functional wardrobe that will get you started or keep you going. The silhouette pictured above can be an easy guide. By interchanging the items for pieces that feel sporty, preppy or street, a guy can fully express himself while still maintaining polish. Imagine this bomber in leather or denim, or the shirt in floral print or stripes–the template is simple, but the possibilities are endless.

One of my current favorites from Ted Baker is the Marwell Printed Linen Harrington Jacket. It’s a shirt/bomber variation with a lot of versatility for spring. I like it worn in place of a blazer or a denim jacket.

A short sleeve button-up is another great option as temperatures rise. A guy can always layer up, but if he finds that there’s a break in the clouds and the sun is shining he won’t be uncomfortable. The Forsets Coupé Cotton Shirt comes in blue and gray, has a button detail on the sleeve and a contrast stitch that makes the buttons pop. These finer details can be found all over the Ted Baker collection, which gives the whole line a modest flair.

For a casual yet uncompromising option, the Linnew Linen Cuffed Pant manages to be a trouser and a jogger all at once. Wear these with a t-shirt, button-up or a knit and you can go pretty much anywhere. The shoe options are just as varied: sandals, athletic shoes or lace-ups are all perfect options for these versatile pants.

Shop the Ted Baker footwear collection for great shoe staples–the Kerran3 sneakers with cotton and bovine leather panels and a rubber soul are next level. The Kerren3 comes in three colors, each sporting a teal lining and two-tone colored laces.

That’s all for now. And remember, it’s more fun when you dress for it! 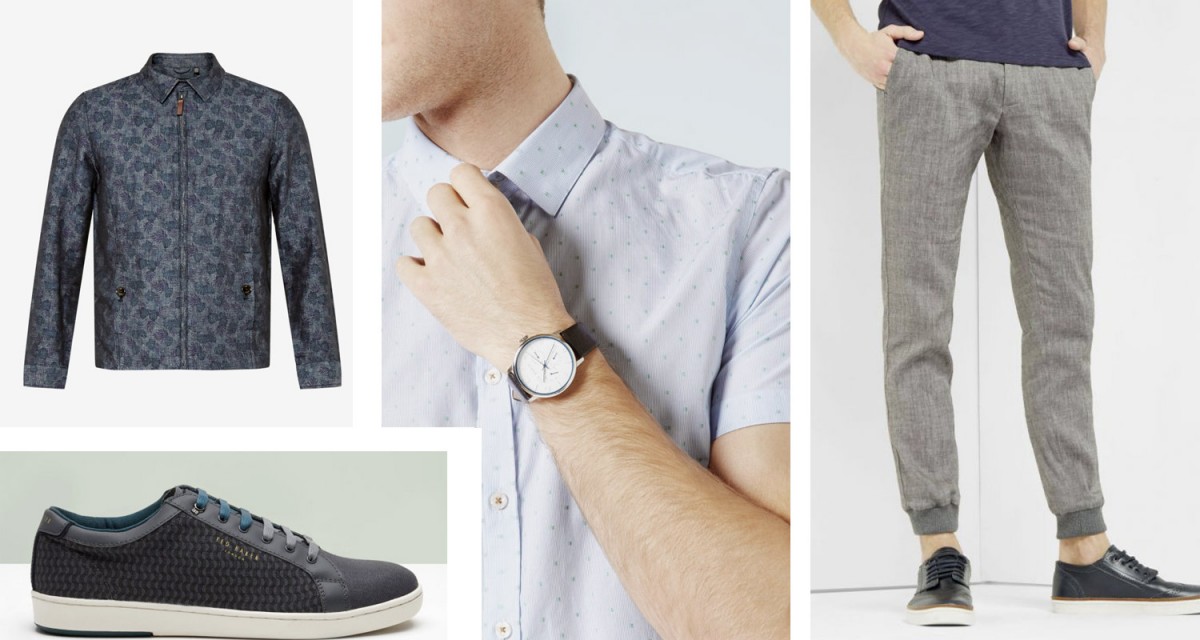 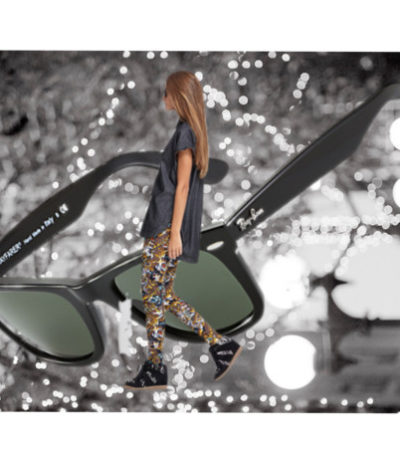 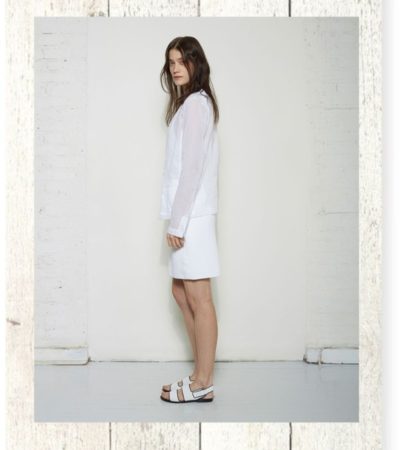 The 2013 Independent Designer Runway Show at The Bellevue Collection