On Wednesday, December 9, Filson’s flagship store in SoDo held a grand opening party for their newly refurbished space. It was an exciting night of Pacific Northwest style, food and art.

Filson was founded in 1897 as a small logger’s outfitter by the pioneer C.C. Filson. It was the Great Klondike Gold Rush, and he saw the opportunity to provide durable apparel for the adventurous travelers and prospectors spilling into the town of Seattle. Thus was born Filson’s Pioneer Alaska Clothing and Blanket Manufacturers.

While becoming a globally recognized brand with international distribution, Filson has maintained its status as a top outdoors outfitter with handsome products that age well as they endure the elements. Today, everything is handcrafted in Seattle and guaranteed for life. The flagship remodel is not just an aesthetic makeover, but a tribute to the values on which the company was founded and its reinvigorated commitment to local production, using designs that have stood the test of time. Filson’s rugged but thoughtful style and ethical manufacturing model is perfect for those who want their clothes to be functional and attractive and not at all part of the fast fashion problem.

Such an occasion calls for a big party, and Filson went big from start to finish. Over 1,300 guests attended from Seattle and abroad. After parking with the valet service, guests came face-to-faces with a sublime totem pole at the entrance, with images of wolves beautifully carved into the wood. A lupine motif is present throughout the store, from the display of Iditarod sled-dogs in the front to wolf designs on individual products.

VS photographer Tiffany Bri spotted the stylish, Orcas Island-based artist Aleph Geddis, who was on the talented team that worked on the totem pole. Geddis is a master carver whose works were included in Bellevue Arts Museum’s 2015 show The New Frontier. To avoid running against the crowd still packing into the space, Geddis took us a back way to the pole to tell us more about its making, accompanied by the warm and lively Emmett Adam and Garth Simpson. Adam and Simpson also worked on the totem pole, along with Paul Lindersmith, Susie Shipman and Geddis’ stepfather, Walter Henderson. It took an astonishing four months to design and create. The artists joked nonchalantly about the labor involved, but it was clear that they had put the utmost dedication and care into creating this monumental work.

Singer-songwriter Chuck Ragan kicked off the evening with rock and folk tunes, after a hit tour in Europe (and before his West Coast tour throughout next month). By the end of the night, immensely popular indie rock band Portugal. The Man easily turned the middle of Filson’s building into an instant concert venue.

The VIP section bustled all night long with young, beautiful hipsters sporting everything from flannel to leather to fringe, all adorned with leather bracelets (complimentary for all VIP guests). Even critics of lumbersexual trends would have to admit that everyone looked like truly trendy pioneers, with great tailoring and cohesive looks that stood up to the rough weather.

Catered by Tom Douglas, the VIP food table looked like a mini Thanksgiving feast with a spread true to the Pacific Northwestern aesthetic. Guests could slide up for fresh-shucked oyster shooters at one bar or select from a robust list of booze at another. IPAs and whiskey abounded, keeping with the rustic feel that permeates the Filson HQ’s lodge-like interior. Filson President Gray Madden was easy to spot, as he was consistently surrounded by guests. Also in attendance was Steve Bock of Shinola—the Detroit-based purveyor of bespoke and upscale accessories, who this year opened their first PNW location in Portland.

Quite a few guests came from out of town to see the facilities and the culture behind it all. We met a New York City-based photographer who was taking the experience of this party as his first impression of Seattle. Naturally, he was enamored with the idea of re-purposing the culture of pioneers into a cultural style. He was wearing a very Filson-esque coat that he had acquired in Le Marais, a trendy district in Paris.

It was a beautiful night of celebration for a Seattle brand that has existed almost as long as Seattle itself, and a sign that Filson—and the town that it calls home—still has it. See photos of the night by Tiffany Bri below. 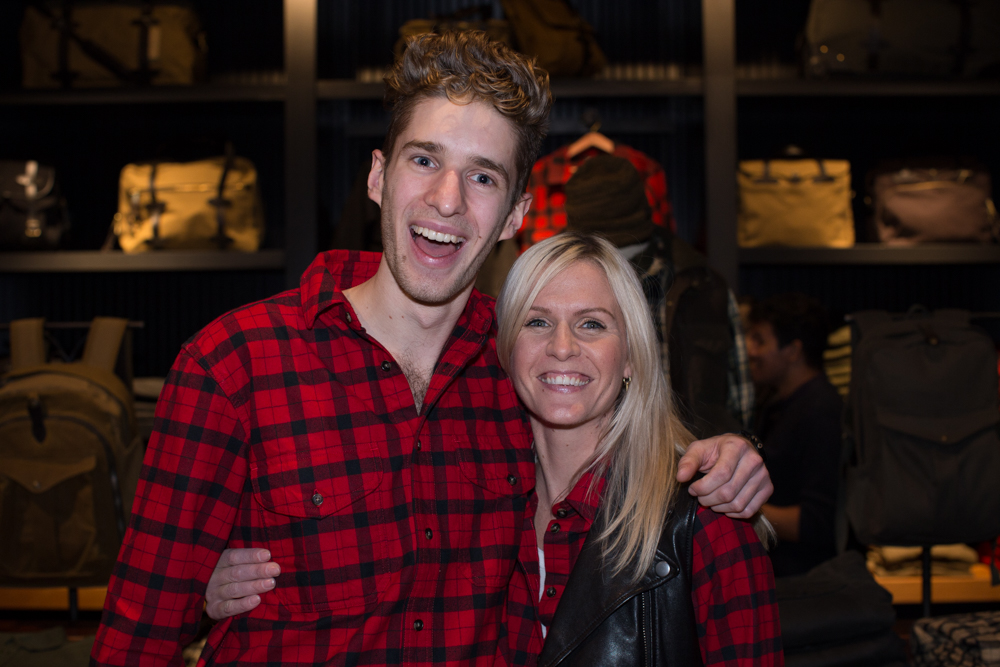 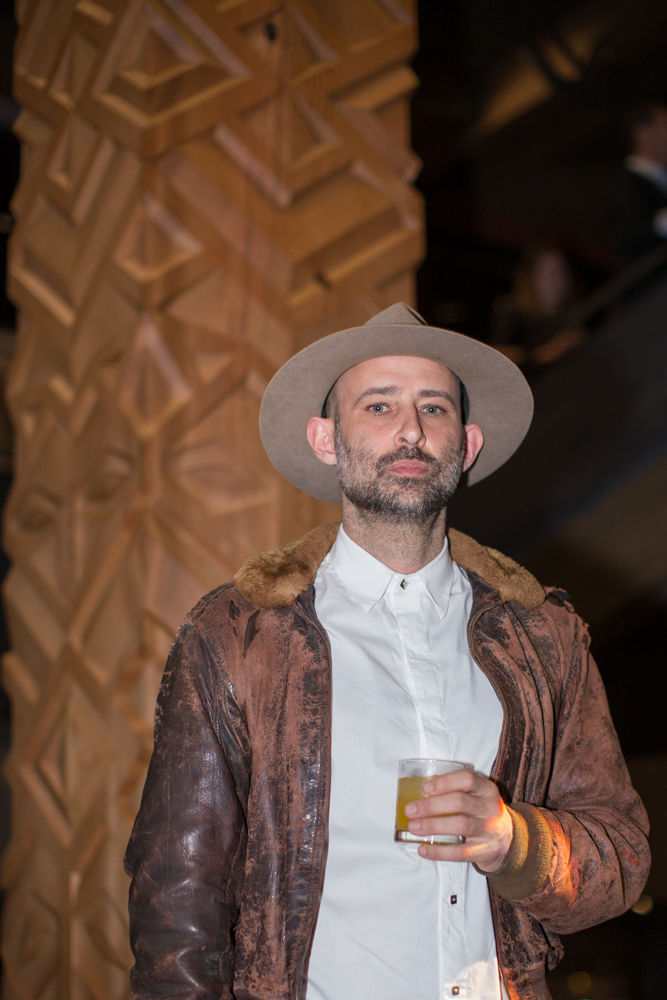 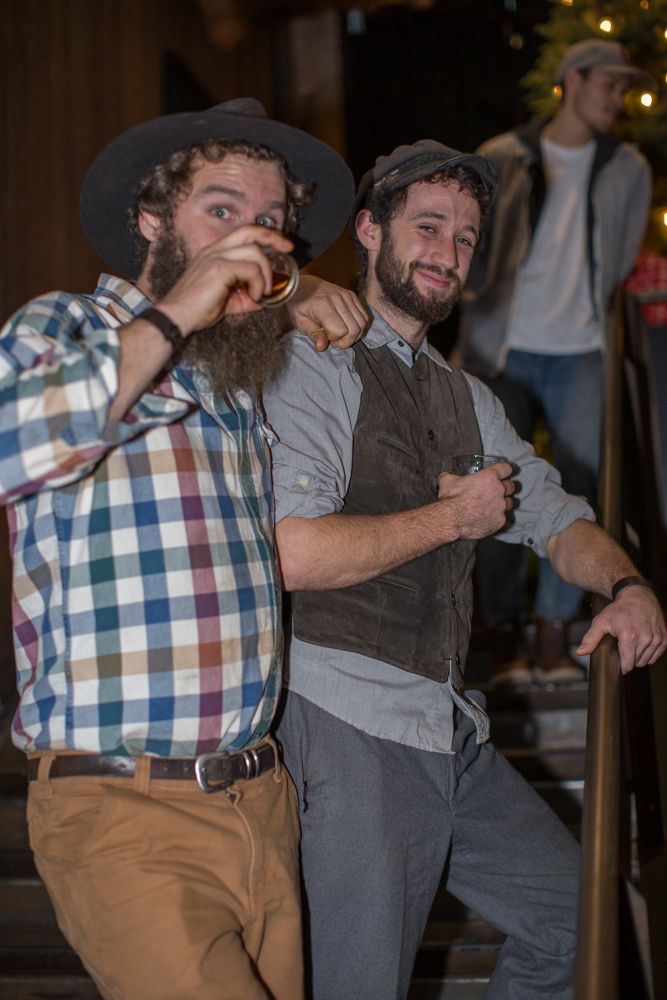 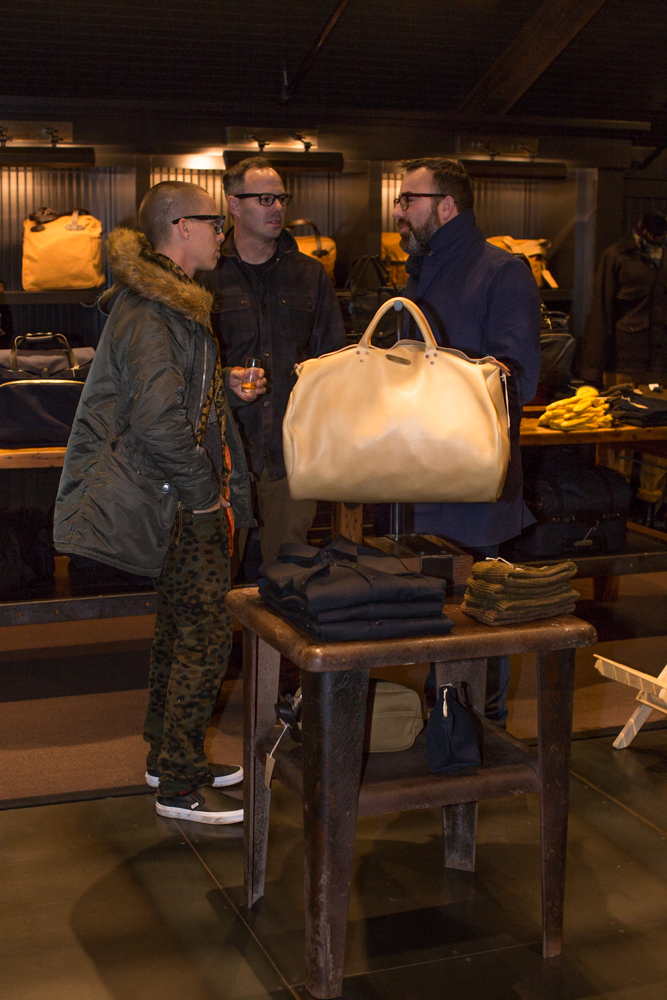 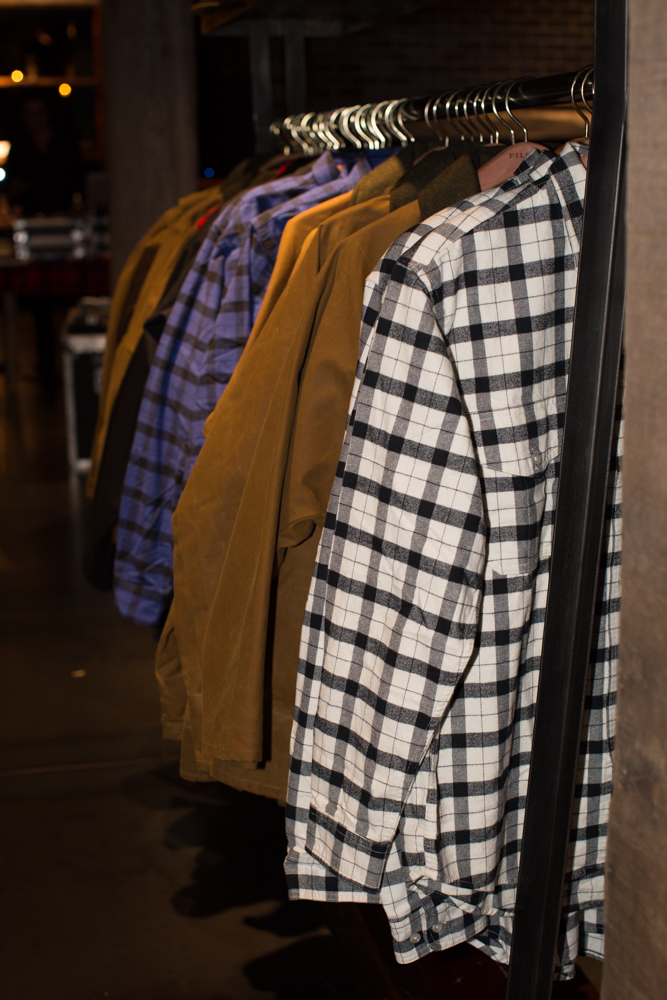 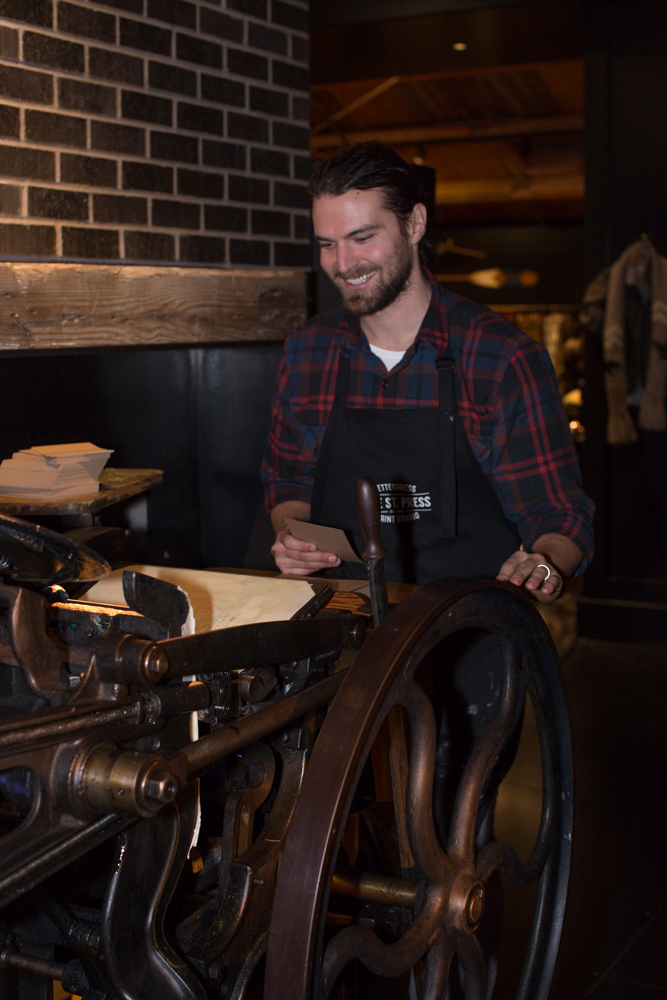 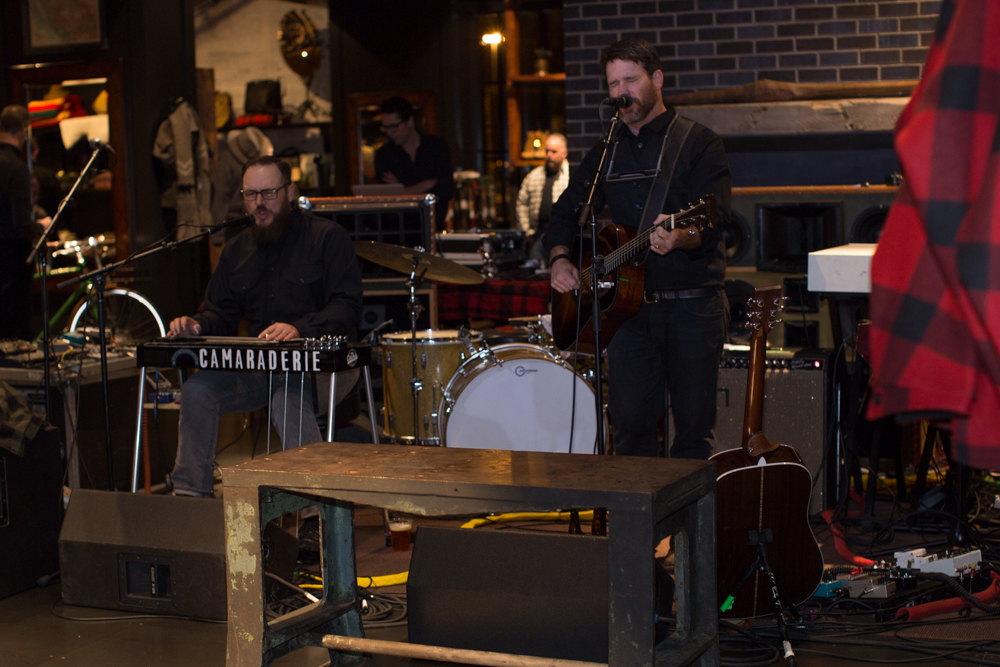 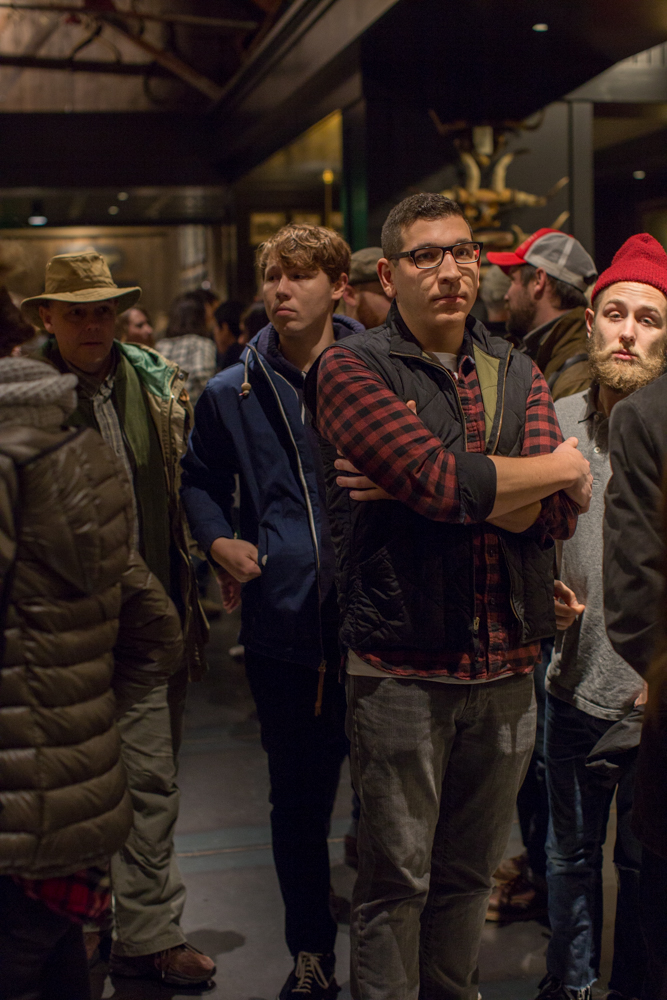 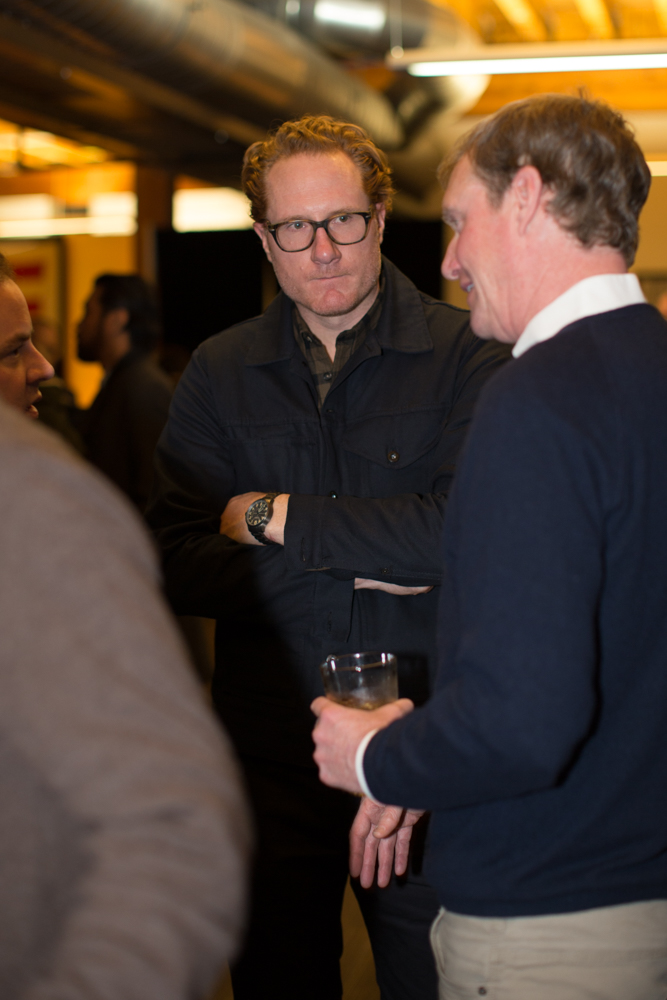 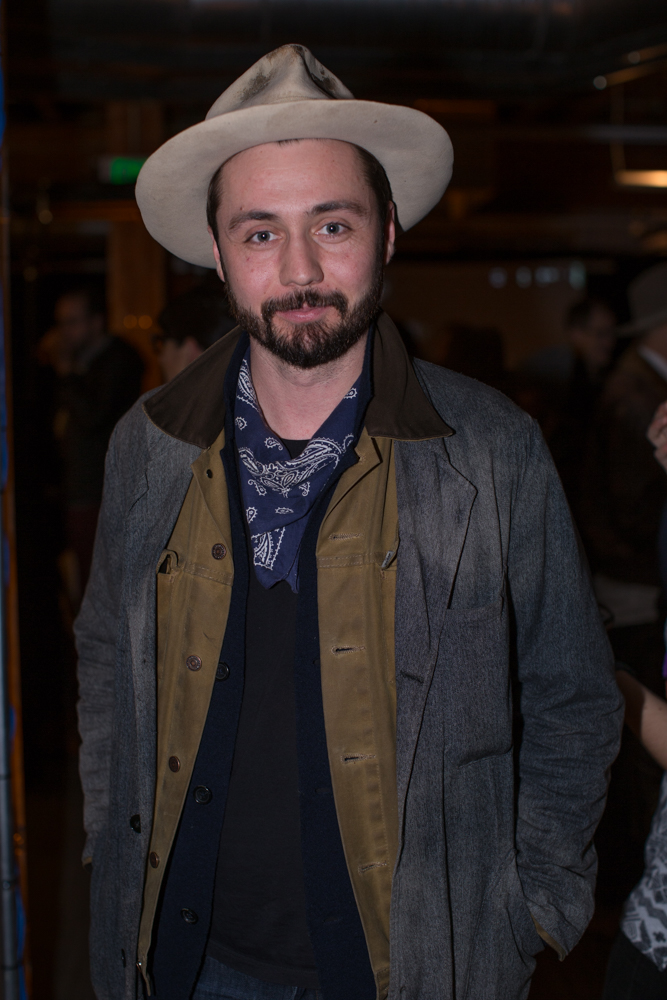 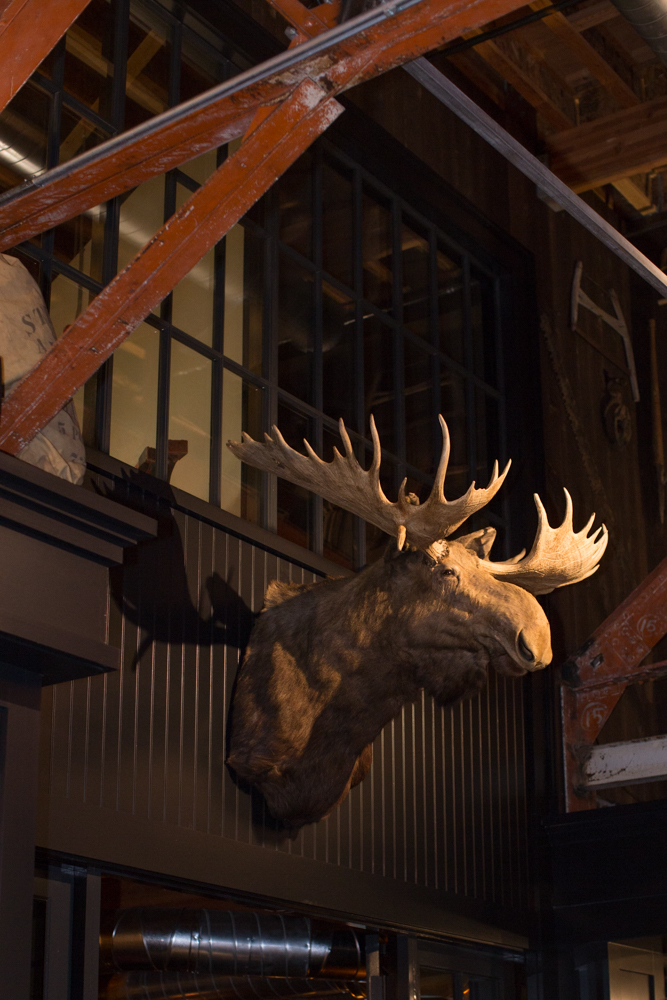 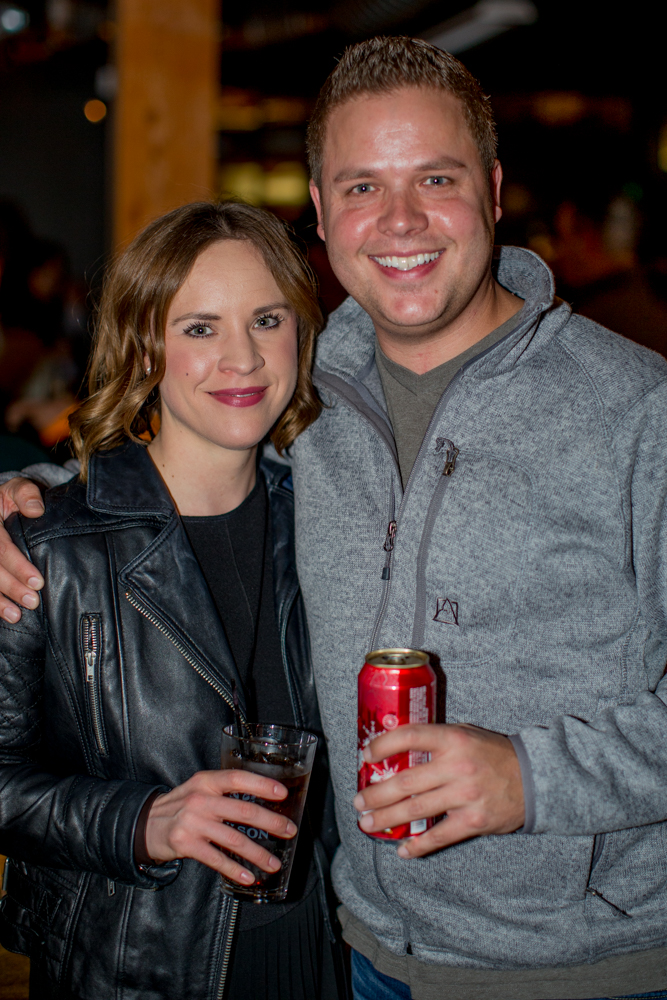 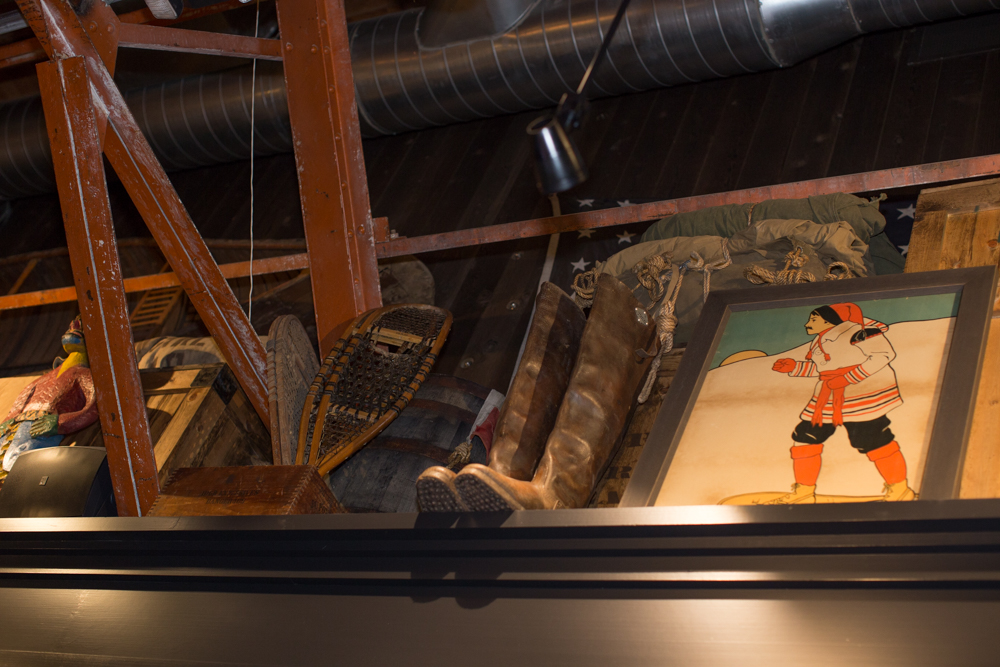 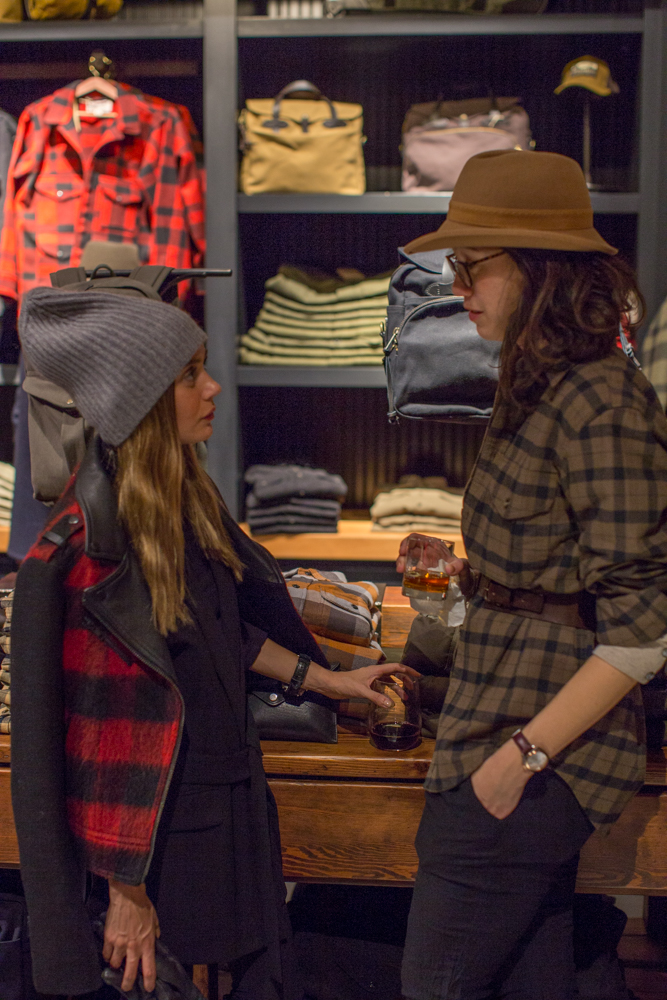 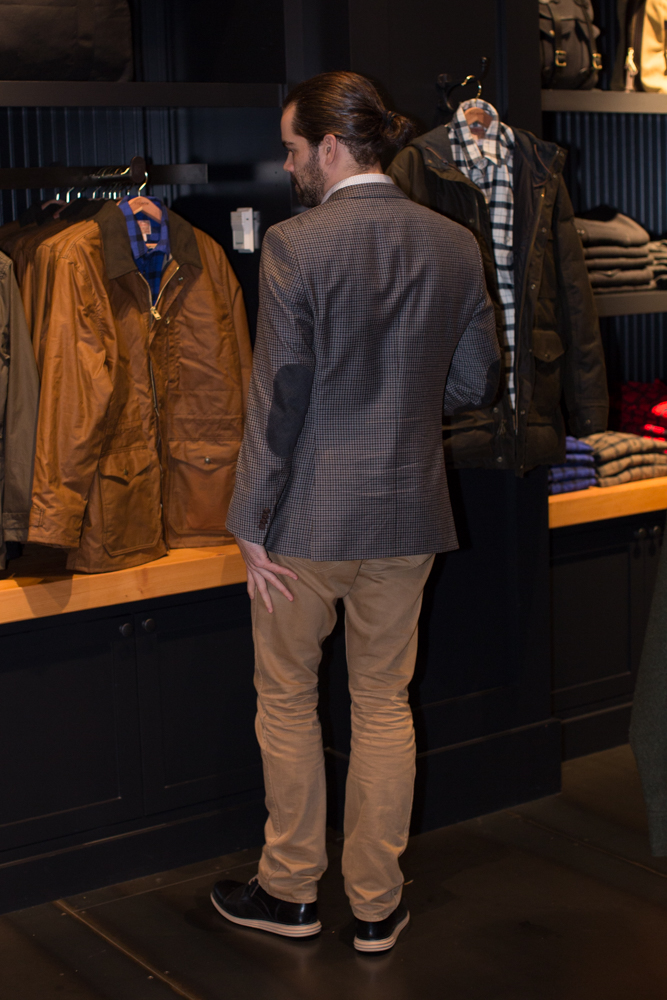 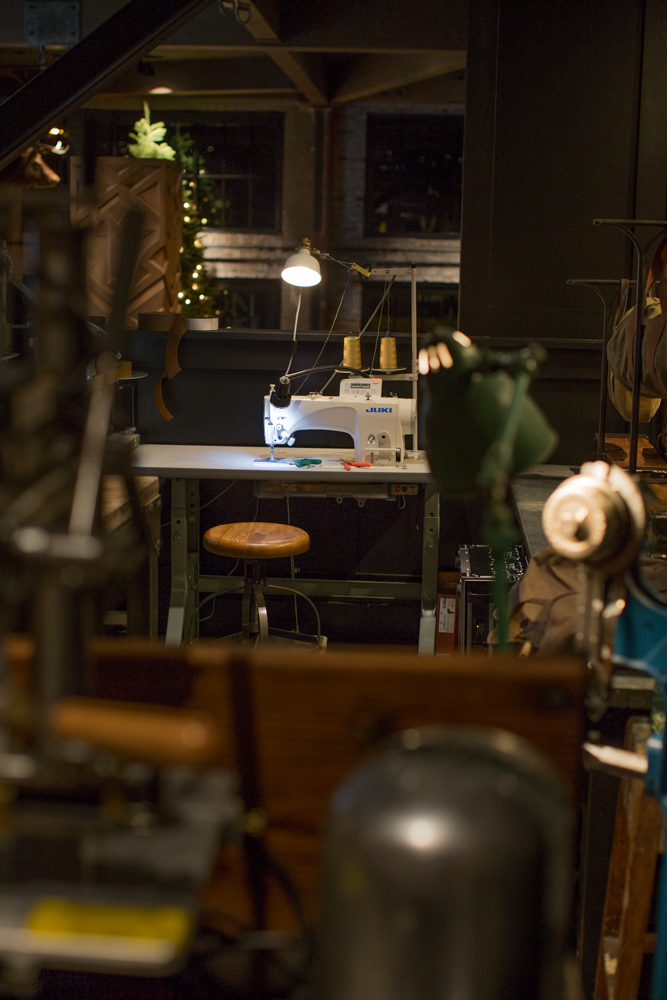 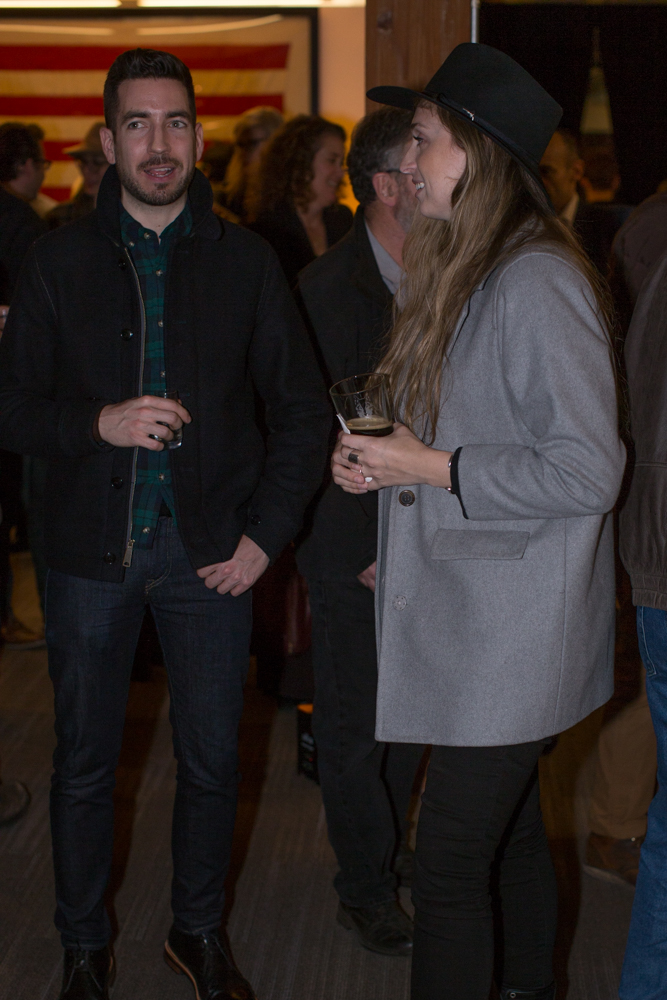 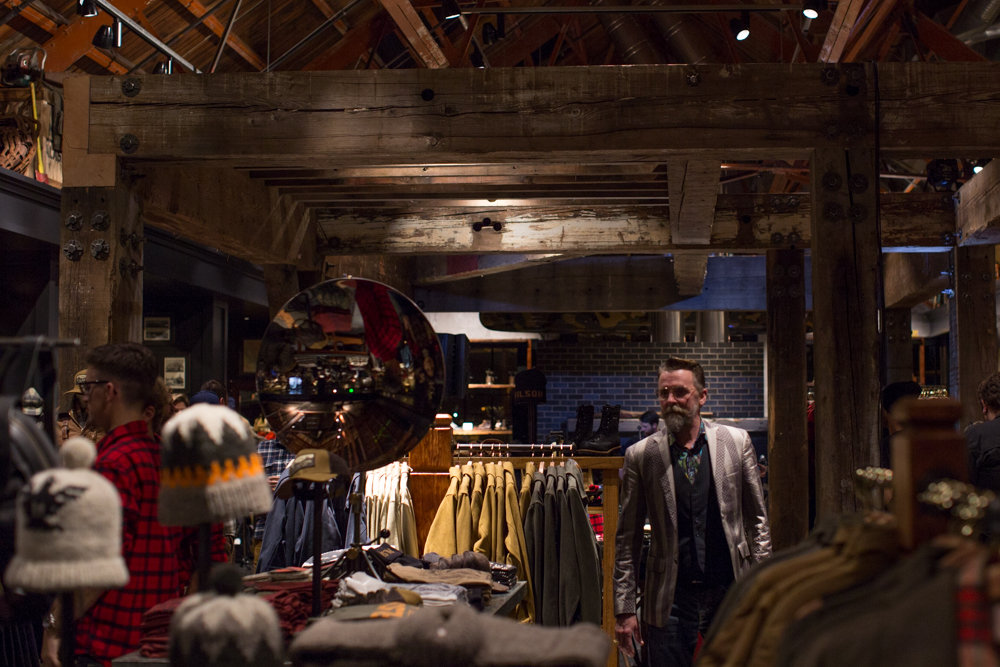 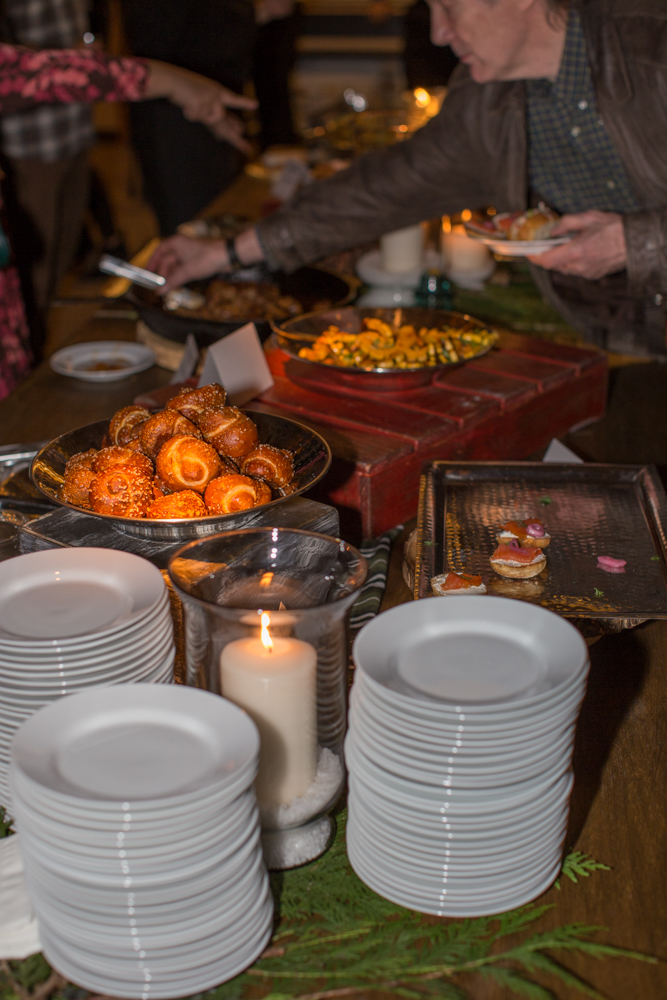 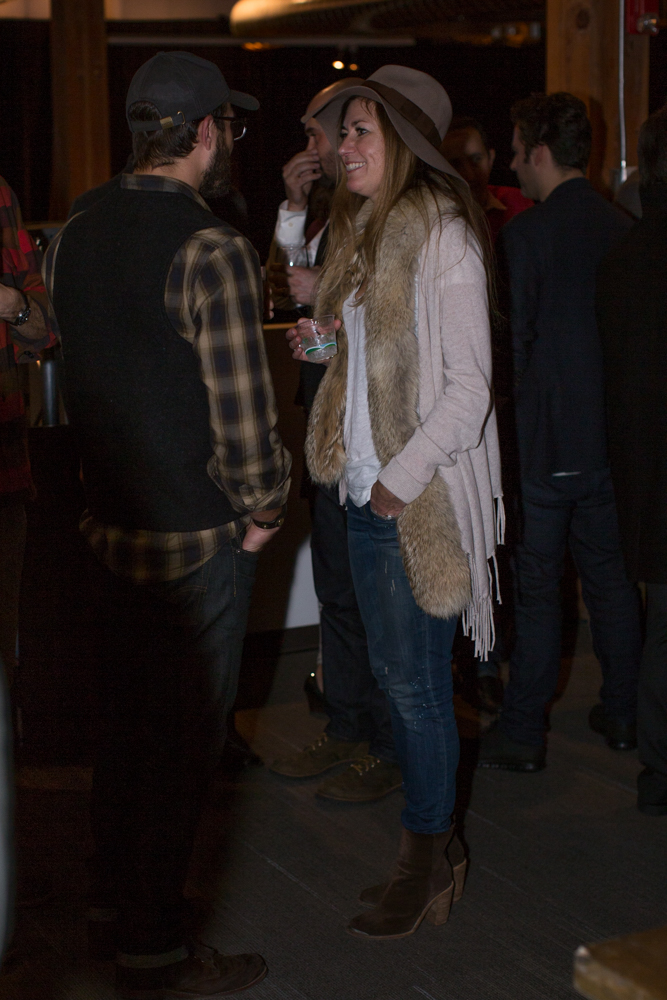 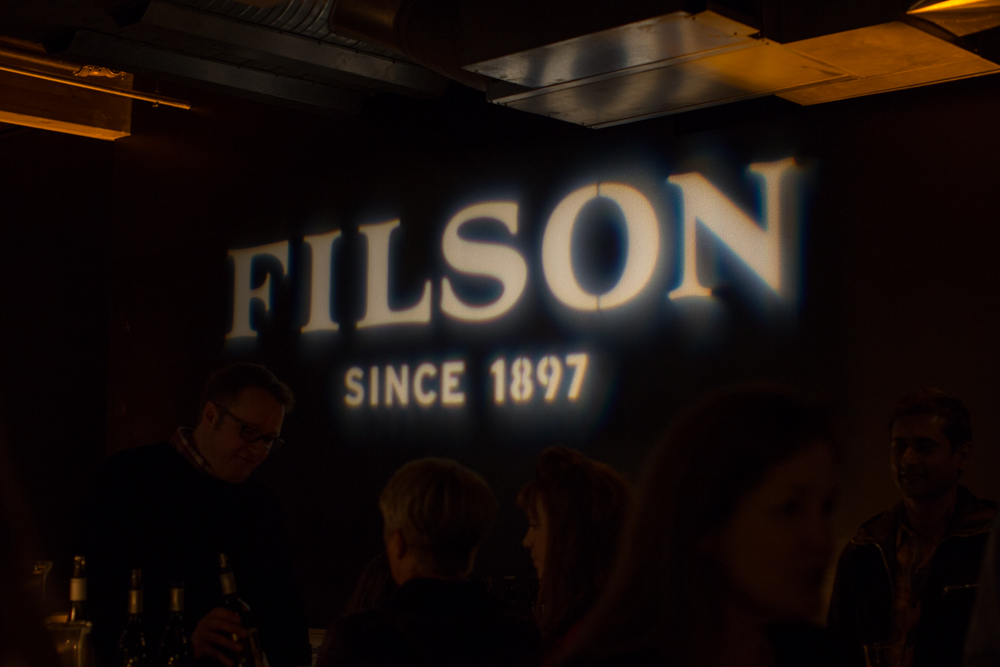 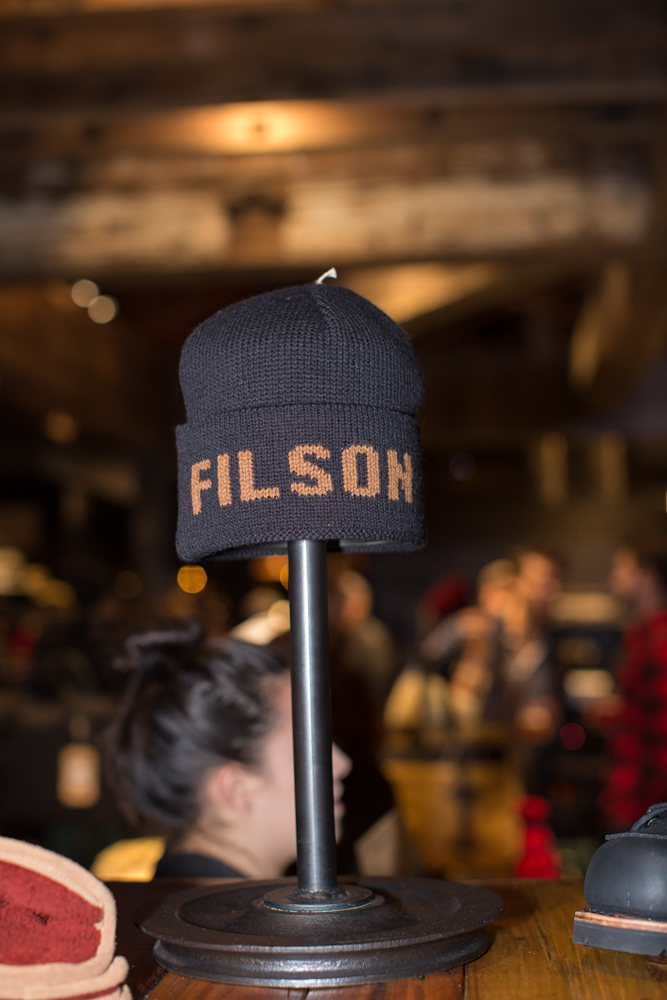 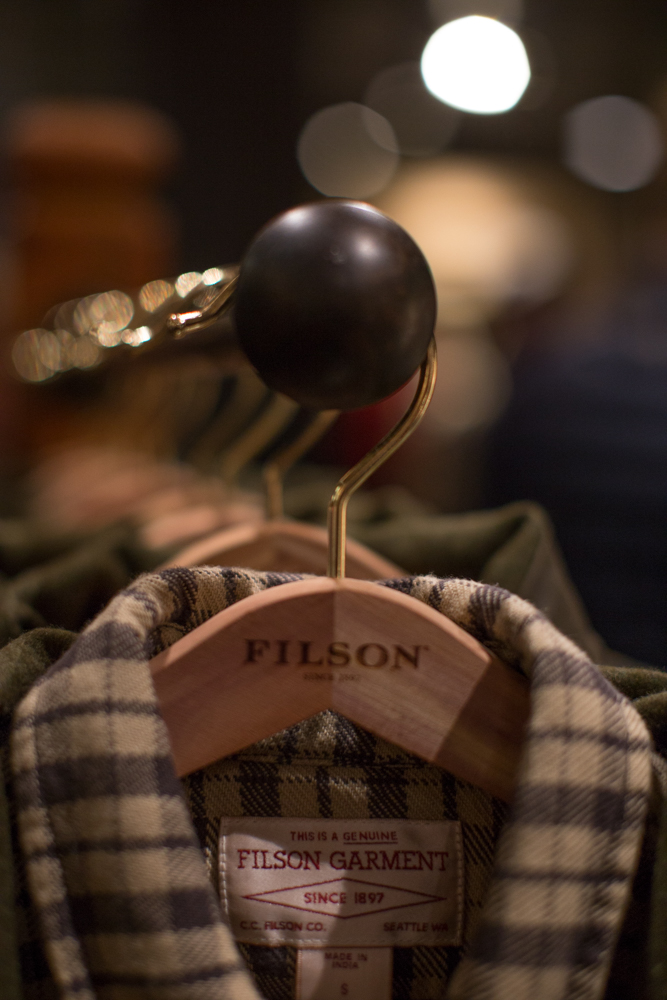 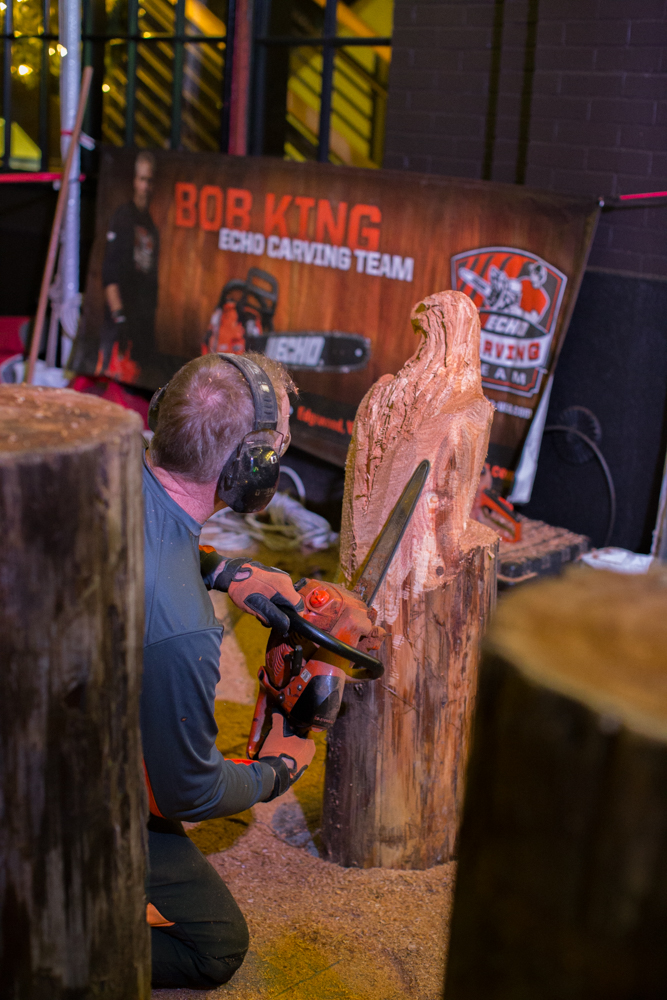 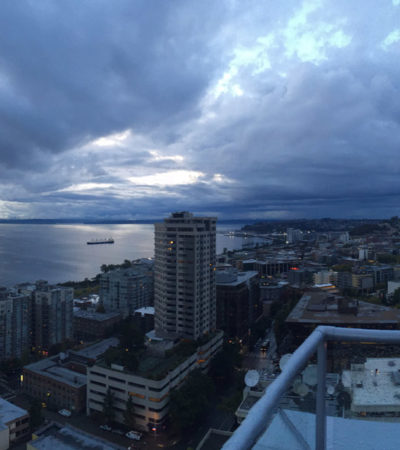 On the Town: Theo Chocolate, Belltown and Pioneer Square Arts 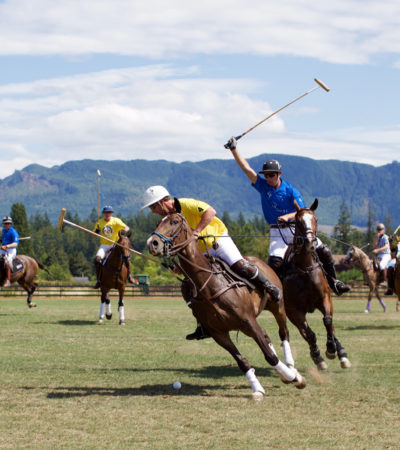 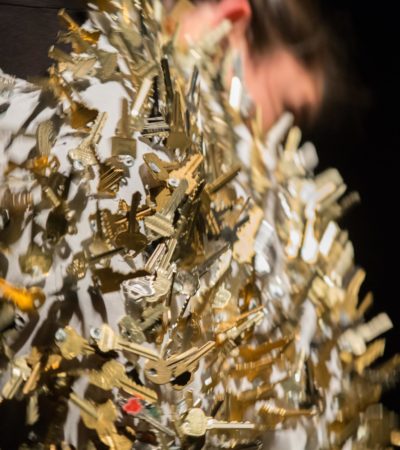 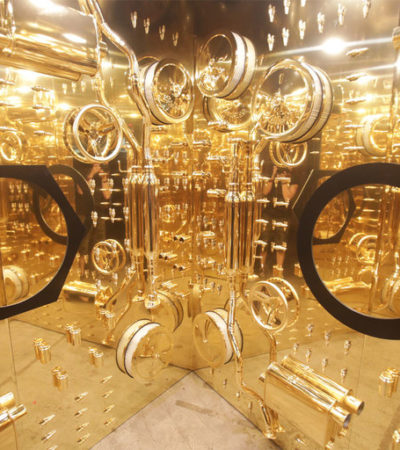