Few shows in the classic performing arts canon are as widely loved as The Nutcracker, and even fewer appeal to both children and parents, seniors and millennials. But the magical dreamscape of the Land of the Sweets and Tchaikovsky’s captivating score have been spreading holiday cheer to all for over a century, and Pacific Northwest Ballet’s Nutcracker has been a PNW tradition for decades.

Despite the various explanations given by Boal and PNB for the Nutcracker overhaul (ticket sales have plummeted in the past decade as the audience has adopted a “been there done that” mentality), many Seattleites have been grumbling about the shift since its announcement. Much of the public backlash against Boal’s decision is steeped in a mixture of Seattle identity and the pride of being home to an unique production of a widely-performed work. Local parents wanting to show their children the Nutcracker that they knew as children no longer can, nor can we brag that Seattle’s Nutcracker choreography was the handiwork of its first Artistic Director.

But the undeniable truth is that the resulting Balanchine-Falconer production is nothing short of wholly enchanting. Child dancers are featured prominently (even in the more demanding second act generally reserved for the adults), and the storybook backdrops set the whole show in a separate world–innocent, playful and reserved for children alone. Compared to the sometimes menacing tone of PNB’s Stowell-Sendak production, this looks like an explosion of candy canes, Christmas cheer and childlike naïveté all over the stage–and it’s positively refreshing.

In a Nutcracker fit for our digital age, the curtain rises on a stunning animated short film by Straightface Studios (an Interbay-based 3D animation company) to accompany the overture. A sweeping birds-eye view swerves through snowy forests and runs alongside wolves, finally floating into a cutesy pre-Victorian era New England town and settling upon the location of our first act: the commanding home of the Stahlbaums. The camera takes us inside the house where we see the animated forms of Clara and her brother Fritz, who melt into the real dancers (Eden Anan and Bixby Atkins) as the projection screen lifts. This is a marvelous effect–one we’re so used to in animated-turned-real-action films, but on stage it’s astounding, enhancing the magic of the show before the dancing even begins.

This Nutcracker is by children, for children and about children, and every aspect is tailored in such a way that it’s both mesmerizing to kids and cutely self-aware (almost tongue-in-cheek) to the adults in the audience. The perspective of the set makes the children look smaller and rooms look wider and taller than any drawing room would ever be; during the battle, the mice are fluffy and potbellied, though the seven-headed Mouse King adds a mild threat through the perfect grotesqueness of his costume. Though the expositional Party Scene is quite long, and there’s only so long one can watch formal contredanses, the elegant chemistry between Clara and Herr Drosselmeier’s nephew Nathanial (Joh Morrill, later the Nutcracker himself) is charming, and there’s more than enough eye candy through Falconer’s exquisite costume designs.

Joshua Grant as the Mouse King and Joh Mirrill as the Nutcracker in PNB’s 2015 “The Nutcracker.” Photo by Elise Bakketun.

Any boredom felt during the party is forgiven as Clara shrinks to join the pint-sized ranks of toy soldiers in their valiant battle against the mice–the drawing room’s Christmas tree slowly, almost menacingly, grows to twice its size as the rest of the set falls away and Clara clutches her Nutcracker in fright. Only when the rest of the furniture (the grandfather clock, the fainting couch, the hutch filled with soldiers) comes back onstage in comically large renderings of themselves, do we–and Clara–understand what has transpired. The moment is confusing, the perfect suturing of the audience to a perplexed childlike mind, and utterly gorgeous.

After the battle, Clara’s bed magically glides across the stage into a snowy forest, where sassy Snowflakes transition the show into the magical realm. The Balanchine choreography in this number is flitting and dainty, as snowflake-like as humans could ever hope to be, and playfully executed by PNB’s company members. But the melding of Balanchine’s choreography and Falconer’s design to capture the innocence and dreaminess of the Land of the Sweets is the true feat here. Falconer’s stage design honors the atmosphere and intentions of 70-year-old choreography with its timeless beauty.

The Land of the Sweets as conceived by Falconer is every child’s dream, a bright confection of candy cane pillars and powdered sugar arches. Princess Clara and her Nutcracker-turned-Prince arrive in a walnut boat to greet the sugar-sweet inhabitants, whose costuming puts a bow on the whole, pretty package. Especially breathtaking are the soft, saturated ombre flounces of the Flowers’ dresses, and the sugar-starched laser-cut cupped marzipan skirts.

The exoticization of certain cultures through their sweet proxies is simultaneously one of the most well-loved and most eyebrow-raising segments of Nutcracker. Coffee is Arabian, dark, steamy and sensual. The rousing acrobatics of the Candy Canes are typically Russian. Spicy Spanish chocolates flap their ruffled skirts, and the Tea sequence is Chinese. So much of the spectacle of The Nutcracker is steeped in this cultural showcase, and it’s becoming increasingly difficult to do so tactfully. Much of the negative Orientalizing effects of these numbers can be negated through the costuming, which historically has included such cringe-worthy stereotyped choices like pointed straw hats for the Tea dancers.

Though Falconer’s costuming choices didn’t quite go that far, I found his intentions inconsistent. PNB’s Coffee dancer (exquisitely executed by Cecilia Illesiu) was scantily clad in peacock-inspired veils, jingling with sequins, and the three Tea dancers (Christian Poppe, Claire Ashcraft and Kaylee Grippando, also delightful in their performance) popped with primary colors and false black hair–one of them even sporting a traditional braided queue. Despite this, the scene-stealing loop-jumping “Russian” Candy Canes were completely nixed of all nationalistic features and still managed to be the most successful and energetic feature of the Land of the Sweets–the featured dancer, Benjamin Griffiths, was undoubtedly the most charismatic dancer in the entire production. Though I imagine there would be a bit of backlash if a company were to feature an entirely non-exoticized version of the show (Coffee without the stereotypical Dance of the Seven Veils-esque choreography, Chocolate without the Toreador costuming), it does seem strange to go that route on one segment, and leave the other (more inflammatory) numbers stuck in their stereotypes.

Joshua Grant as Mother Ginger and PNB School students as Polichinelles in PNB’s new “The Nutcracker.” Photo by Elise Bakketun.

PNB’s Balanchine choreography largely rose above such costuming hang-ups, however, and the production was carried on the shoulders of the entire company, with fantastic ensemble dancing. Particularly enchanting were the doll-like steps from the Marzipan Shepherdesses and a hilarious drag performance by newly-promoted soloist Joshua Grant as Mother Ginger, with a ten-foot hoop skirt large enough to house all her Polichinelle dancers. The delicate ensemble work in the Waltz of the Flowers (headed by a puckish Noelani Pantastico as Dewdrop) was heart-achingly lovely. Though Laura Tisserand danced a playful and elegant Sugar Plum Fairy to begin the second act, the final pas de deux with her Cavalier (Karel Cruz) was lacking in energy and interpersonal chemistry–a surprise and disappointment, given Tisserand’s “Siren” performance in Prodigal Son earlier this season, which positively dripped with pheromones.

Overall, PNB’s controversial decision paid off. Though the jury is still out on the financial implications, the fabulous ensemble work is more than enough to endear the updated version to skeptical Seattle audiences. Delightful without being twee, rich with tradition and just-contemporary-enough storybook aesthetics, PNB’s Nutcracker sweeps us all into a world we thought we knew, still rich with astonishment, playfulness and holiday magic.

The Nutcracker plays at Pacific Northwest Ballet through December 28. See the schedule and get tickets online. 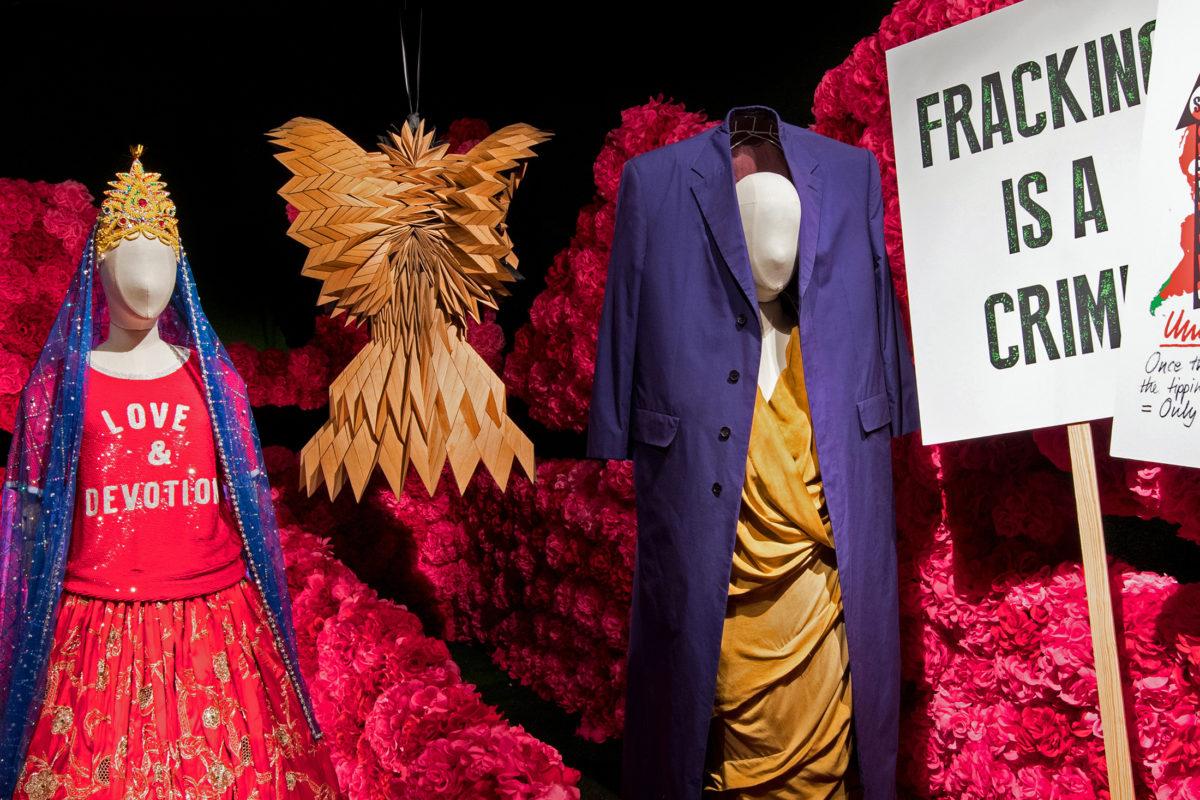 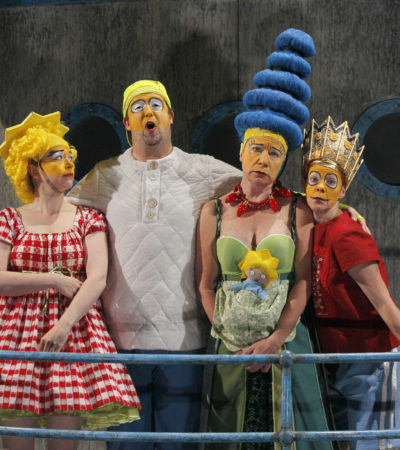 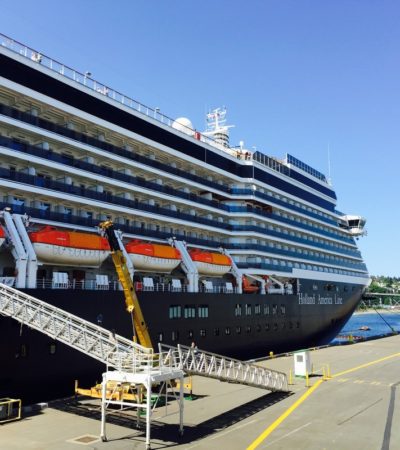 One Response to: All Sugar and Sweetness in PNB’s New “Nutcracker”