Home / Fashion / Toast of The Town: Three Cities to Raise A Glass To

Who among us doesn’t love to celebrate our lives and the lives of people we care about? Whether we are happy about starting a new job, finishing exams, publishing a work, meeting a new partner, having a baby or any other milestone in our journey, we all have had reasons to raise a glass. This month I highlight three unique cities and include a cocktail recipe that is a toast to each of them. Let’s celebrate the fabulous fashion and unique style of Paris, New York and Seattle.

There isn’t anything I don’t love about The City of Light, other than it is really far from where I live, and therefore hard to get to as often as I would like. Wearing a men’s button-down shirt backwards is a thing there at the moment, a revisit from 2013 when this little trend showed up on the street.

I gave it a try today and I felt both chic and comfortable. You must be OK with getting a lot of attention and some amused and confused looks. That’s fine by me. I wore my husband’s blue checked button down backwards and loved it. Paired with black Vince riding pants and my Lanvin wedge tall boots, triple pearls going down my back where the shirt unbuttons, and a chignon hairstyle to show off the back of the shirt. This look is similar with its oversized shirt and featuring the fringe denim look that is so on trend right now. Dress it up with Manolo Blahnik suede BB Pump, which you can customize, by the way, with heel height and color. The black Iris and Ink Rena Shearling Panel Leather Clutch is the perfect chic bag with just the right amount of texture.

In honor of Paris, let’s raise a glass to the French 75. The drink was allegedly created by a World War I fighter pilot of French and American origin who found champagne a little lacking in the potency department and combined it with gin. The drink was so powerful he said it felt like being on the receiving end of a French 75mm howitzer artillery piece—hence the name.

Preparation: Using zester or paring knife, slice a long, thin, spiral peel from a lemon (aim for six inches). Combine gin, lemon juice and simple syrup in your cocktail shaker, add ice and shake vigorously for 20 seconds. Strain into a chilled Champagne flute and top with sparkling wine. Wrap the peel around your finger to create the twist, garnish the drink and serve immediately.

Ah, the Big Apple. The minute you hit the streets of this city, you feel the energy and the excitement. I love the boldness and big dynamics of “The City That Never Sleeps”—one of the most fascinating cities in the world. There is so much going on 24/7—from the latest gallery opening to the ballet to cabarets and clubs, where one can sip cocktails and do the “see and be seen” scene.

The brushed metallic sequins of the Jetset Diaries Snake Charmer Dress make for a super sexy look that is perfect for the latter. The Stuart Weitzman Highbeams Crystal-Cuff Bootie adds to the cool girl vibe, as does the Emika Paris Velvet Leopard Clutch. I found this awesome little snake watch at JC Penney, which gives a nod to the dress. Last but not least, the DVF Talia Rabbit Fur Chubby in black keeps you warm while you grab a cab.

The Manhattan seems like a fitting cocktail tribute, it is powerful and enchanting, just like NYC. I would love to add some fun history to this drink recipe, but there are so many conflicting reports that the closest I can get is that it was concocted sometime in the early 1870s. I love this cocktail, particularly while sitting in a dark clubby bar in NYC itself.

Preparation: Mix the rye whisky, vermouth and bitters well with cracked ice. Some prefer to stir for a clearer-looking, richer-tasting cocktail. Some prefer shaken, which gives it a cloudy appearance and foamy top, and dilutes it slightly with the ice. Either way, strain into in a chilled cocktail glass and garnish with twist or, of course, a cherry.

I don’t care how many times someone writes about Seattle being the city of grunge and plaid; it really isn’t that way any longer. That infamous period may have caught everyone’s attention, but it doesn’t define us. There are so many sophisticated people in this city, where style may be dictated by the weather, but doesn’t have to be compromised because of it. Sure, there are those that don’t seem to care, but you can see that in any city you visit.

J. Crew has certainly been going through some growing pains this past year, but I remain a loyal fan of both their collaboration capsule pieces and of  J.Crew Collection. This Collection cashmere sweater dress is luxurious and chic, and adding a Gucci belt will make you look lean and put together. The juxtaposition of the burgundy Eliza J faux fur coat with the brilliant blue cashmere dress works its magic in that it is a duo that works well in an unexpected way. Add some tights when it gets colder, but for now show off those incredible Isabel Marant Guya Embroidered Suede Boots that capture the colors of the ensemble. Great sunnies are a must in Seattle believe it or not, and the hottest brand around, Illesteva, has the perfect pair of Leonard Mirrored Sunglasses. A statement necklace would be perfect with the v-neck on the dress.

Raise a glass to your fabulous Seattle style with an Americano, a drink that looks as fabulous as it tastes. Bright red and bittersweet, the Americano was born as the “Milano-Torino” at Caffe Camparino in the 1860s (the Campari came from Milan, the sweet vermouth from Turin). The cocktail eventually became known as the Americano because of its popularity with American expats during prohibition. It has made a reappearance on craft cocktail lists around town this past year. Seattle was on the forefront of the craft cocktail movement in the last decade, so you can really toast with anything you like—especially at institutions like Zig Zag beneath Pike Place Market and nationally acclaimed bars like Canon on Capitol Hill. Cheers!

Preparation: Fill a highball glass with ice. Add Campari and vermouth. Top generously with soda, but don’t exceed a 1:1:2 ratio. Garnish with an orange slice or twist. 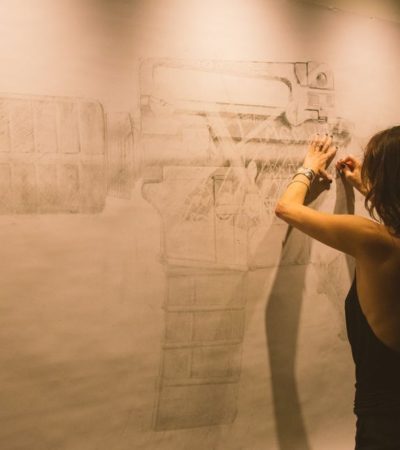 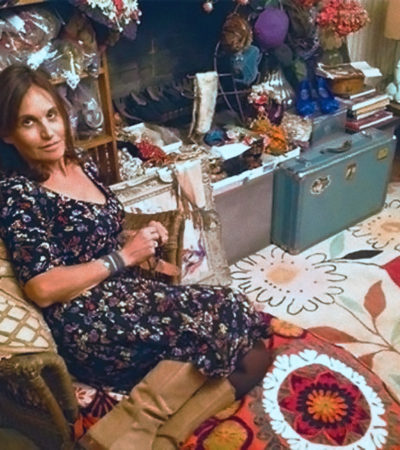 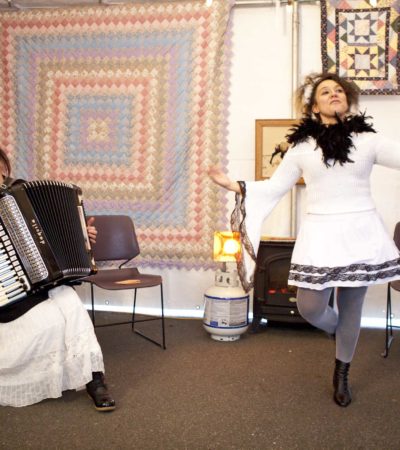