On November 17, the Seattle Office of Arts and Culture announced that thirty individual artists will be the recipients of substantial grants from the CityArtists Program—totaling $160,000—to continue their work in various fields, including literature, film and installation art. (Next year’s awards will go to artists working in theatre, dance and music.)

The program aims to support new works, works in progress and works taken into the next stage in 2016. The awardees, chosen from 180 applications, represent a broad spectrum of Seattle residents. About 40 percent of the awards will go to first-time recipients and 30 percent are artists of color. The application process included a peer review panel, evaluating proposals “based on criteria such as artistic merit and potential, public access and impact, and feasibility.” The grants range in quantities, the highest being $8,000—the expectation being that artists will present funded projects within a year.

Each project has a quality specific to Seattle or the surrounding region Seattle or the region, and will be accessible to a wide, sometimes unsuspecting audience. For example, ecologically minded artist Vaughn Bell will create an installation on the Duwamish River that encourages visitor participation in creating a physical marker for the river. Lauren Grossman will create an interactive sculpture in the water tower at Volunteer Park. Several awardees have already established themselves with large scale installations—notably Rick Araluce and Gail Grinnell, both alums of Suyama Space, and Juniper Shuey, whose work is currently on display at The Frye’s Genius exhibition. Meanwhile, the work of the filmmakers ranges from from documentation of changes in the city (Frances McCue’s Demolishing Richard Hugo) to high-camp comedy (Wes Hurley’s Capitol Hill: Season 2).

For more information about the program, see the Office of Arts and Culture web page.

A work in progress image of Rick Araluce’s The Great Northern under construction at MadArt in South lake Union. Image courtesy of the artist.

Samar Abulhassan
Lena: Novel-in-Poems: Producing a hybrid novel-in-poems chronicling the life of a daughter of immigrants. Reflecting on memory, longing and the Arabic alphabet ignited while exploring Pike Place Market and Seattle’s waterfront. The project closes with a public reading.

Christina Antonakos-Wallace
Reimageing Belonging – Northwest Stories: Filming interviews with Seattle residents about migration, racism and belonging through two workshops as part of a larger-scale venture with WINGS and ROOTS. The edited videos will be showcased at a live event where attendees will be invited to share stories.

Quenton Baker
Ballast: Finalizing a book-length poem about the only successful American slave revolt in 1841. Using invented forms based on the 19th century secondary slave market, Baker will explore the manifold realities of the men and women present on the brig Creole, where the 1841 revolt took place.

Corrie Befort
A Rendering: Finalizing a 30-minute dance film in two parts generated with sound artist Jason E. Anderson for a premiere at the Northwest Film Forum in fall 2016.

Vaughn Bell
Being with the River: Creating a public installation including sound and images collected from contemplative paddling events on the Duwamish River. Visitors are encouraged to create rocks from clean river sediment and clay to be accumulated and used as a marker by the river.

Zack Bent
Spires: A project exploring forest fire land as a tableau for photographs and sculptures while considering human relationships to natural disasters and the potential for rebirth.

Therese Casper
The Underground Life of Piero Heliczer, a documentary film and multimedia experience: Presenting a work in progress of the documentary film and a display of Piero Heliczer’s original works in letterpress printing and poetry. Original photographs including Andy Warhol’s Factory and the first film shoot featuring the Velvet Underground will also be displayed.

Katy Ellis
Anybody’s Animal: Completing a poetry manuscript-in-progress and presenting it at a public reading as part of a writing class for children.

Karen Finneyfrock
The Year We Ruined the House: Revising the author’s third young adult novel and working with four teenage novelists providing them personal manuscript consultations on their own novels. Everyone’s work will be presented at a public reading.

Noel Franklin
Girl on a Road: Finalizing a storyboard for a full-length graphic novel and sample chapter of a book exploring female friendship, loss and life on the road. A young adult workshop and a public reading will close the project.

Gail Grinnell
I would rather sit here and watch you have fun: is an interactive installation that engages a diverse public while challenging the features that differentiate artist from audience. Collaboration and participation will engage the audience prompting questions about the role of family and performance in our lives.

Catherine Grisez
Wonder: Generating a new body of work using copper, mixed media sculptures, interactive installations and one community based piece. The public will be invited to participate in neighborhood events, culminating in an exhibition at Traver Gallery and in South Park.

Lauren Grossman
Leviathan’ Interactive Installation: Developing and fabricating a new interactive sculpture installed in the water tower of Volunteer Park. The audience is encouraged to engage in dialogue about cultural myths and monsters.

Teresa Hulls
Feeding Ghosts: The Life of Sun Yi: Creating a research outline for a non-fiction graphic novel exploring themes of cultural identity, mental illness, generational inheritance, loss of language and mixed-race identity based on the life and legacy of author’s grandmother, Sun Yi. A panel will be held to discuss themes from the graphic novel.

Wes Hurley
Capitol Hill Season 2: Completing the remaining eight scenes of the second season of a queer web series parodying 1970s and 1980s TV shows based in Capitol Hill. A public screening will premiere the series.

Jody Kuehner
Clock that Mug: Live creation of a new painting drawing from vintage feminist ideals and questioning present day queer/drag feminism. Clock that Mug pays homage to feminist performers Janine Antoni and Ana Mendieta who focused on the body as a canvas for social change and rebellion.

Ingrid Lahti
Rippling Water, 2016: Create, fabricate, install and uninstall a new kinetic sculpture exploring natural metaphors, focusing viewers on the relationship between visual effects. The sculpture will be on display at the Heaven and Earth outdoor sculpture exhibition at Carkeek Park. The park will be restored to its original condition after the five month long exhibition.

Fulgencio Lazo
International Children’s Day exhibit and celebration: will feature 10 new acrylics on canvas with themes based on the joy and fun of childhood to be on display at Casa Latina. The project will also include a one-day celebration for International Children’s Day with tours, a bilingual (Spanish/English) artist talk and a hands-on art activity for children and adults.

Frances McCue
Demolishing Richard Hugo: Researching and creating first-person narrative for pre-production of a documentary film about the demolition of the current Richard Hugo House building. This will show building as a case study for the ‘erasure’ of old arts and cultural venues. A public screening event will be offered.

Jessica Mooney
When I Find You: Completing a draft of a novel in progress exploring different stratas of violence, from domestic to global, from personal experience to ancestral memory. Passages will be presented in a collaborative reading centered around the theme of “Cultural Memory”.

John Mullen
Naked City: Finishing the first draft of a manuscript of autobiographical short stories about growing up in the closet, highlighting moments including cross-country hitch hiking, crash landing in Seattle and more. There will be a public reading of the manuscript.

Frances Nelson
Light Gathers in Folds: Fabrication of a form of light architecture revolving around the movement of reflected and refracted light, a site-specific installation in Chinatown-International District’s Nihonmachi Alley.

Ellery (ET) Russian
Casting Shadows: is a multi-sensory installation piece comprising of approximately seven video comics portraying stories of people with disability and chronic illness. Each short video will be projected onto various surfaces within the exhibition space, feature pen/ink illustrations with text captions, and a soundscape. The exhibition will take place in a variety of venues.

Juniper Shuey
Untitled: Build and dismantle an immersive visual art installation to create an interactive sculpture that hosts three heightened performances. Inspired by memory and the maps our brains create to house thought, the installation will fill an entire gallery for three and a half months.

Imani Sims
2155: An Afro futurist Affair: Exploring what it means to envision the future through the eyes of People of Color through performing arts and a reading highlighting local artists’ interactions with the idea of the African American aesthetic in the future. The multidisciplinary show will be staged at Gay City Arts.

Koon Woon
Paper-son Poet: Finishing and publish a memoir in a multi-genre format of poetry, short-fiction, creative nonfiction and straight memoir for four generations of a Chinese immigrant family in Seattle’s International District where the author has lived for 25 years. Four public readings will take place. 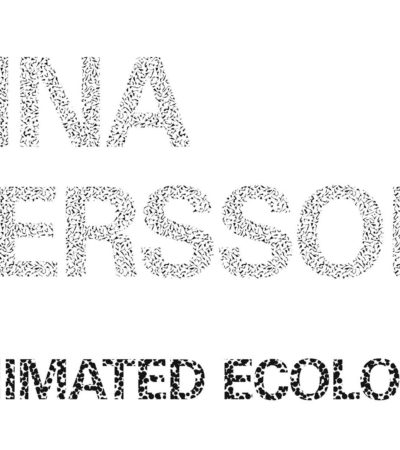 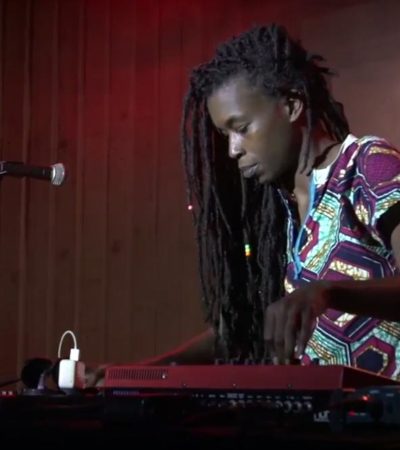 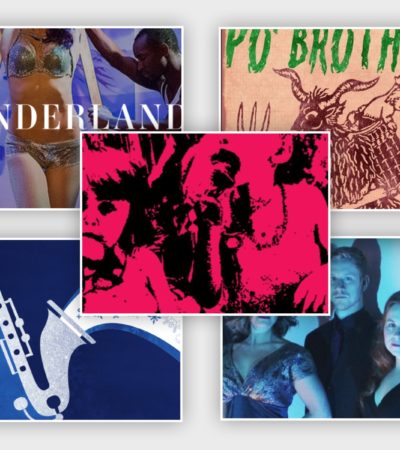 Get Out, Seattle! Arts and Cultural Events, Week of December 19 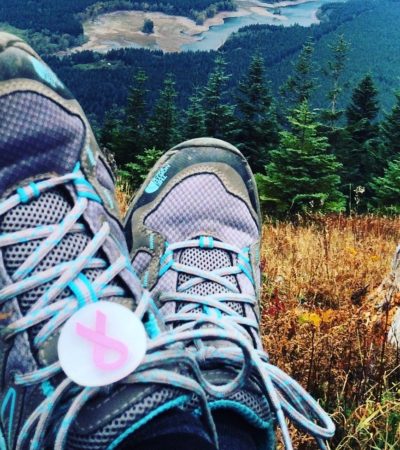 One Response to: CityArtist Program: 30 Artists Granted Funding for 2016