Home / Culture and Entertainment / Storytelling and Wrongdoing: “Criminal” Podcast Live at the Showbox

Like thousands of podcasts naïfs, I first began using my iPhone’s built-in Podcast app to listen to Serial, whose twelve episodes delved into one ongoing true crime story, the facts of which are still being uncovered. Incredibly addicting and immensely popular, Serial came into my life during a particularly unpleasant layover and five-hour flight delay upon attempting to return to Seattle after last year’s holidays. The podcast format was instantly appealing to me, especially when I was disheveled and exhausted and not wanting to engage my plane neighbor in conversation.

Criminal has since become the leading episodic true crime podcast on the air, ranked 23rd on iTunes’ top audio charts (as of this writing). Each episode’s self-contained story seeks to cover “stories of people who’ve done wrong, been wronged, or gotten caught somewhere in the middle.” It is this moral ambiguity and neutrality that drives many of the stories on Criminal, and co-creators Phoebe Judge, Lauren Spohrer and Eric Mennel have produced 29 unique episodes to date, each with a compelling story and meticulous production.

“Criminal” live at the Showbox. Photo by Claire Biringer.

Based in Durham, North Carolina, the Criminal team set up a whirlwind tour of the West Coast, stopping in Seattle for a live show at the downtown Showbox on Sunday, November 1. With the exception of one story they had just released the Friday before [Episode 29, “Officer Talon”], it was all new material. In an interview before the show, Judge said that the “Officer Talon” piece was chosen “because it’s a fun story to see with visuals.” The four stories were mixed and narrated live, with producer Lauren Spohrer playing clips and music.

“Really it means there’s a number of ways that we can screw up,” Judge noted. “But then we also have this band with us, Elephant Micah, they came with us this summer [on tour] to Brooklyn; they also constructed new murder ballads for us, and we thought, why not bring them with us again? So they’ve created whole new original arrangements of old crime songs, and they’re going to play them as well.”

As so much of the Criminal podcast is interview-based–really, the entire narrative is constructed around them–I was curious whether they would be having any live, on-stage interviews.

“We did those in the past, and they’re great, but it’s a wild card. It’s hard to manufacture over and over in different cities. And I think that for a while, we thought you have to have live interviews, you have to have something more than me speaking into a microphone, but I think people are here because they like the podcast. So I think we were trying to figure this whole thing out, then finally we said, wait a second, we don’t have to do anything more than put forth good new stories.”

And in putting forth good new stories, Criminal never disappoints.

Phoebe Judge and Lauren Spohrer of “Criminal” at the Showbox. Photo by Claire Biringer.

The first segment of the show, “Officer Talon,” recounted the story of North Carolina police officer Corporal Scott Foster and his former prized K9 partner Talon (and the complications and jealousy associated with Foster’s new partner, Vader, following Talon’s retirement). The episode speaks to the relationships between human and German Shepherd officers and the attack and tracking training that shapes dogs into effective members of the force. Complete with photographs of the canine officers, Corporal Foster, and a video of Judge (in full-body padded protection) being attacked by a police dog, the live experience was indeed like a media rich version of the episode. (The music was off for the first part of the segment, but I think the audience was too enthralled to notice.)

Elephant Micah bridged the stories, performing their rendition of R. Dean Taylor’s “Indiana Wants Me” in the first break with their signature tight harmonies and lush, relaxed ambiance. The three subsequent segments explored the ambiguity inherent between the law and potential criminals. The second story of the night involved a government set-up (called a “reverse sting”) and an arrest on the charge of “conspiracy to commit robbery.” The vagueness and potential unfairness of the charge failed to take into account the logical question: What if the accused had changed his mind?

One of the things that most distinguishes Criminal from other true crime narratives is that it tends to divert from the typical “if it bleeds, it leads” approach. Criminal stories are intelligent, deeply personal and sometimes on the periphery of our standard definition of crime.

“Not every crime story is a Criminal story,” says Judge. “There’s a very specific type of story, and we have some parameters that help us: One, it does have to be about crime in a broad sense, but every story that we do also has a personal connection. Every story that we do is going to have someone who has first-hand experience of the issue. So that helps us because we know that we’re looking for something where someone can actually talk about a direct experience, and we can create a narrative around their story. If we can’t find that, we’re able to push that story aside. I think we’re looking for crime stories, but we’re also looking for compelling people to be in those crime stories, and when we hit those two boxes, then we can think a little further about pursuing it.”

The broad parameters behind story sourcing were evident throughout the live show. The third story was perhaps the most topical and powerful, addressing an iconic image from the Ferguson riots in 2014 taken by photographer Robert Cohen. The photo captures protester Edward Crawford in an American flag t-shirt launching a tear gas canister away from the protest. The photo has become a poignant symbol of the protest, and also served as evidence against Crawford, who stands accused of retaliating against the St. Louis police.

The culminating story of Sunday’s Criminal live show was perhaps also the most stereotypically American, focusing on a species of crime that has fascinated our country and permeated our pop culture: the bank heist. Clay Tumey, retired bank robber, provided most of the interview clips, and Phoebe Judge and Lauren Spohrer spun his tale into one of humor and—incredibly—complete moral neutrality.

Telling these tales in an unbiased manner is at the heart of Criminal. Backstage before the show, Phoebe told me her model. “Just be truthful. Just be as straight as you can. And then you’re pretty much okay. Don’t try to glorify, and sensationalize, just stick to the truth.”

Radiotopia network is in the midst of its fall fundraising campaign. If you are a fan of Criminal or any of the other podcasts in the Radiotopia universe (such as 99 Percent Invisible, Love + Radio and Theory of Everything) and you would like to contribute to support these independent productions, check out Radiotopia’s website and hit “Contribute.” 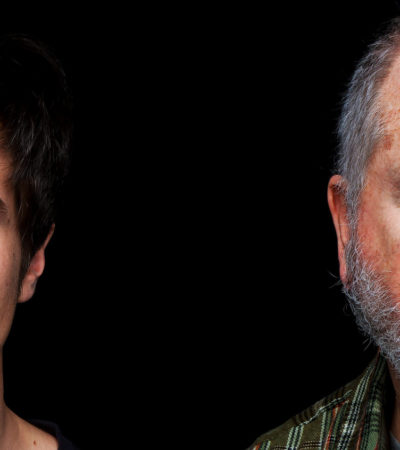 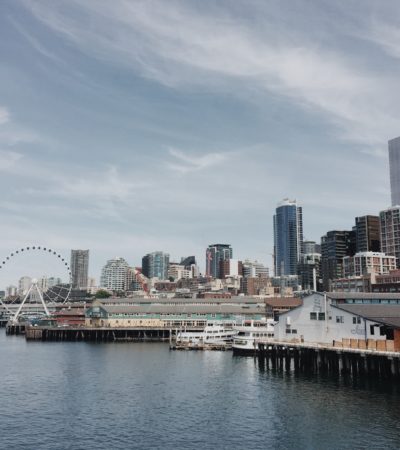 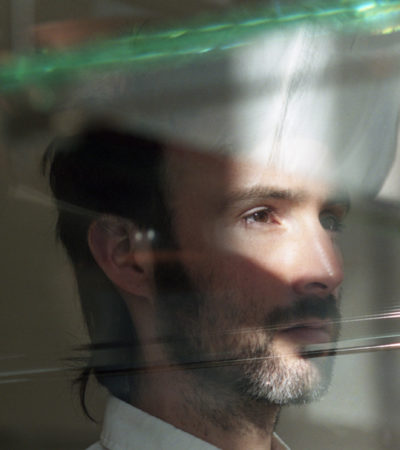