Powerful. Fearless. Innovative. So many authoritative adjectives have been ascribed to choreographer Pat Graney’s works in her thirty-odd year career, and countless more will join them as she continues to create. But words are only so much, and Graney’s work belongs to the curious and transcendent rank of art that is not so much described as it is viscerally and soul-rendingly felt.

Girl Gods premiered at On the Boards this past weekend, October 1-4, and because of it, I am simultaneously at a loss for words and filled with them. Graney’s newest work, two years in the making, engages with femininity in conjunction with a state of being typically treated as distinctly non-feminine: rage.

I had the opportunity to sit down with Graney at On the Boards on September 23, as dancers of the Pat Graney Company rehearsed in the studio theatre and Graney herself looked over technical details of the show. Not long into the conversation, I realized that Graney’s approach to choreography is not just personal. (That was already evident through her 2008 work House of Mind, which grappled with her mother’s diagnosis with dementia and her subsequent decline.) It is collaboratively personal. The stories told in Girl Gods are Graney’s, the dancers’ and their mothers’ stories, zooming out from an individual experience into an uncomfortable commentary on the entire female experience, beyond culture and generation.

“This is a topic that has deep, deep generational roots in each family, and where families are from and what their cultures are like, and what’s appropriate for women to express,” says Graney. “There’s really no culture where it’s appropriate for women to express this kind of stuff, there’s just none that I know of. … It really is just about the sense of history and the sense of time passing and the sense of women continuing to fight for the rights to be seen as human, basically, not less than as a second-class citizen. And lots of women can relate to that on many different levels.”

Through about thirty short scenes, Girl Gods contrasts uncontrollable “rage solos” with ironically cutesy ensemble pieces, and pits quiet moments of introspection and resentment against hysterical screams. Even within single dance phrases, exaggerated veneers of “femininity”—all hips and contortions, pursed lips and dead-eyed smiles—crumble into images of inner brokenness. On the construction of these dance phrases, Graney ‘s process was rather unconventional; split into four eight-week rehearsal periods, in the beginning she and the dancers “started just talking; we did a lot of writing about our families, and what was appropriate—where, if any place, was it appropriate to express anger.” Later, when constructing the dance motions, collaboration and methodical deconstruction took the reins.

“We had tasks for every eight-week session,” she explains. “It was just like making up material and then doing all permutations of that material, like… upside-down, backwards, sideways, cut in half, this rhythmic sense, that rhythmic sense, so you know, really looking at that.”

They worked from dozens of images, naturalistic non-dance photos of movement or emotions, to find certain iconic and archetypal forms for the dancers to embody. In what Graney calls the “original phrase,” the troupe learned the positions and gestures face on.

“Then we took the arms from that, and put it one percent later, so it’s five movements later so you’ve got these weird arms with these lower bodies. And then we took that whole thing and made it on the floor. So the floor section is just this weird clanking kind of temper tantrum-ish sort of thing, but it’s very ordered movement. So we have that, and we’ve kind of taken everything apart and fragmented it and there’s some beautiful really slow arms.”

Fragmentation of all kinds exists throughout the piece, countering more monolithic conceptions of femininity by breaking it into parts and calling attention to way that prescribed dress and image making plays a central part in this. The opening of the show is not seen but rather heard, as heels click-clack across the stage. Chic cocktail dresses complete a Stepfordesque dinner party, as the women furiously dig into tiny portions of roast chicken, never taking a bite (though one deigns to climb up about ten feet of Holly Batt’s abstract modular set to get at a carefully hidden chocolate cupcake). Pastels, bows and an unfathomable amount of ruffles cover “angelic” mod-style dresses from Japan, the dancers’ plastic smiles and exaggerated doll-like poses causing the audience to shift uncomfortably in their seats. In a moment of controlled absurdity, dancer Jody Kuehner squeezes her body into clothes fit for an eight-year-old, all hot pink and sparkles. Almost all the dancers end the show in the hallmark of contemporary female hotness—the Little Black Dress—each needing a good yank back down to modesty after a rage-filled and thrashing ensemble piece.

The accessibility of Girl Gods seems at odds with its symbolic scenes and nontraditional movements, but every carefully created section embodies a clear objective and tone. Though many of the segments are more theatrical than dance-like, the skilled performers of the Pat Graney Company commit fully to their bodies’ quirks and strengths no matter the scene, letting their angularity, firecracker personality or quiet grace bleed into their movements. But the real artistry of Girl Gods lies in Graney and the Company’s collective strength and courage to delve into a piece that cuts so deeply into one’s own personal experience, and have the bravery to show it.

Girl Gods in its entirety was completely engrossing, paced in such a way to allow the audience to recover from some of the more emotionally taxing moments before throwing them into yet another. Two moments in particular stood out to me personally. My burden of recognition was most evident in an ensemble piece whose saccharine outfits and choreography (the aforementioned over-ruffled Japanese dresses exaggerated female poses, plastic smiles) was set to the song “He Hit Me And It Felt Like A Kiss”—a bubblegum pop song about domestic abuse. (“It got banned in the ‘60s, which is really actually surprising, since they were so misogynistic back then,” Graney remarked in reference to this track). Dancers held unsettling smiles as they performed the lyrics in American Sign Language—the emphatic smacking sign for “hit” and the tender innocence of “kiss,” a soft touching of pointed fingers to one’s own cheek. My stomach crawled with every blissful dance step and each doll-like bend at the hip, which only added to my revulsion at the lyrics: “He hit me, and it felt like a kiss / If he didn’t care for me, I could have never made him mad / But he hit me, and I was glad.”

The ensemble nature of “He Hit Me” definitely added to its impact, but the solo moments also offered poignant portraits of rage, resentment and resignation. A shimmer of reality shines through even the more exaggerated moments, such as Sruti Desai’s complete devouring of two movie-theatre-sized packages of Hot Tamale-like candies. Candy pieces were stuffed into her mouth by the fistful until they fell into her lap and red slime dripped from her lips. The audience was plunged into the discomfort of seeing someone in the throes of their vices. It sparked titters of uncomfortable laughter in the audience; I scribbled “I get you, honey” in my notes. Sometimes the easiest and most effective path of resistance is to do the opposite of what is being constantly forced upon you. When healthy eating becomes a mandate rather than a benefit to one’s person, overindulgence becomes an act of rebellion, a way to mask the hurt with sugary impermanence. We revel in making our own choices, if only for a moment.

I asked Graney what she hoped the audience would gain from the performance, after mentioning my discomfort in seeing Study for Girl Gods, which premiered with different dancers in Velocity’s Strictly Seattle showcase this past July. Though her immediate answer surprised me (revealing of some audience-centric narcissism on my part, to be sure), Graney’s statement of intent ultimately aligns with the way her work affects her audiences:

Well, I don’t really ever get outside the work to try and do something for an audience. I just can’t do it, it pulls me out of the process. … Hopefully people will have an acknowledgement of their own experience. Because that’s the most important thing to me about it, it’s not understanding the intellectual as much as really getting this on an emotional level, like for your whole being, not just this heady stuff. I think a lot of contemporary work is really heady, which is interesting too, but it’s like for me, the whole person is really important, and that’s not just for women, anybody can relate to this kind of stuff. But I think in particular to women, I think looking at images that portray something that you might feel can be really wonderful, can be really satisfying, even if it’s intimidating. Something about it can be kind of a holistic revisiting of yourself, in a way, and I’m hoping that that’s what people experience.

Performance art like this is unequivocally important, and too rare. The art space needed to speak to the female experience is not nearly accommodated by feminist-leaning production choices at the opera and programming female playwrights in theatres across town. Performances like Girl Gods carry the weight, the highly relatable stories whose subtlety speaks to the pervasive devaluation of femininity (making it a commodity at best). And in keeping with Graney’s wish that “people will have an acknowledgement of their own experience,” my experience was one of resigned familiarity. I’ve felt the erasure, the invalidation and the condescension that comes with being a woman. Seeing it onstage in such a raw and artistic manner was shocking and difficult, but the content itself and the ideas implied were not new, just horrifyingly familiar.

Like Graney’s three independently-premiered works Faith, Sleep and Tattoo, shown together as a triptych in 2010, Girl Gods is also conceived as part of a larger structure. Together with House of Mind and an as-yet-unknown future piece, Girl Gods forms the foundational “basement” of a larger concept. In reference to this idea, Graney stated, “well, House of Mind was the house, this is the basement, and so the third piece is probably the attic, I would say.” We will have to wait years for the house to be completed.

I was able to ask Graney about what she, as a long-time Seattle performing arts cornerstone, thought about the recent changes in Seattle culture, and whether she had a message for Seattle newcomers. And instead of harping on incoming tech workers, or bemoaning the death of the arts in Seattle, Graney came at the question from a place of introspection and grace. 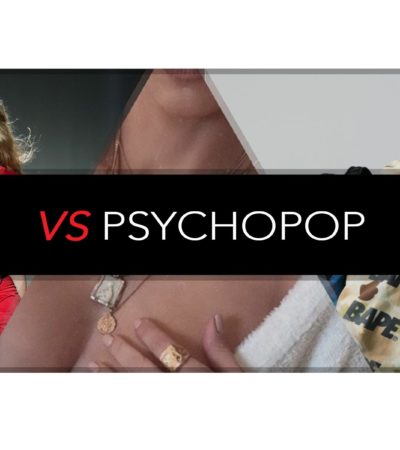 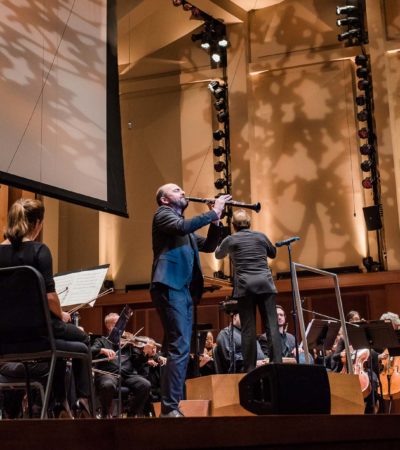