Home / VS Daily / “Genius” at The Frye: The Video Installations, Now Through January 10

The Frye Art Museum‘s exhibition Genius / 21 Century / Seattle includes a rotation of new media and short films to be projected in the greathouse gallery beneath a surreal “chandelier” (actually a massive kinetic sculpture from performance troupe Implied Violence, called Large Claw and used in their piece The Dorothy K). Four video works will be shown over the 16 weeks of the exhibit. Here’s what to expect.

Artist Jim Woodring‘s surreal illustrations center around the ambiguous, anthropomorphic mammal Frank in a world of tangled, monstrous creatures, ogres and alien landforms. They read as parables of absurdity and insanity, consumption and predation. Anecdotal tableaux by Woodring were transformed into anaglyph images by Charles Barnard, who did amazing work to render curvature, distance and textures. Blend emblemata, early animation, a pinch of R. Crumb, a dash of Dr. Seuss and run it through Google’s Deep Dream and you get Frank in the 3rd Dimension.

Valenzuela continues his artful documentation of working class communities and the often unseen side of sport with Prole (2015). In this short film, a soccer team’s strike becomes a means of examining how personal and organizational issues hobble incipient attempts to confront institutional power.

Stop-motion animator Web Crowell has generated a lot of work that exults in the urban experience, including Parasol (which, though filmed in his apartment) beautifully showed an urban love story, drawn entirely on hundreds of parasols. For many years, he has also been outspoken about the lack of design standards for new construction, especially on Capitol Hill. Stacey Levine is a writer whose work is both deadpan and uncanny at times. A collaboration between the two is pretty exciting. In words from the PR: “Touching on urban isolation, hope, and transience, we respond to the drastic, sometimes thoughtless changes that have come to our city.”

Artist Wynne Greenwood has been working in performance and new media for over a decade, coming up with various personae, including Tracy + The Plastics (1999 – 2006) and a new creation, “Kelly” which is part of her residency at The New Museum in New York. The piece that will be on display at The Frye, titled New Report, Artist Unknown, is from 2006 and was the second collaboration in the New Report series with K8 Hardy, who like Greenwood also works across disciplines. The segments produced for New Report are spoofs of news media, framed as breaking news and commentary from the fictional feminist TV-station WKRH. It’s very “public access” in its aesthetics, with deliberately amateurish delivery by the anchors, but confronts legitimate questions about the contemporary art world, media, criticism and their collective approach to women artists (which isn’t pretty).

Read the full review of the exhibition Genius / 21 Century / Seattle at The Frye. 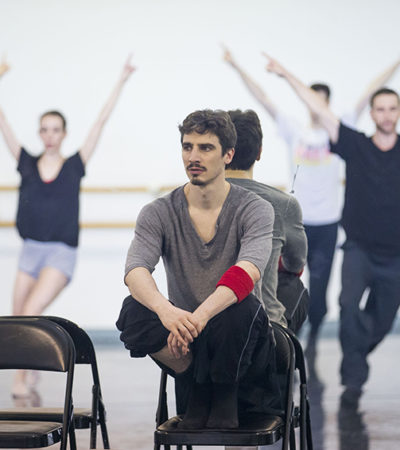 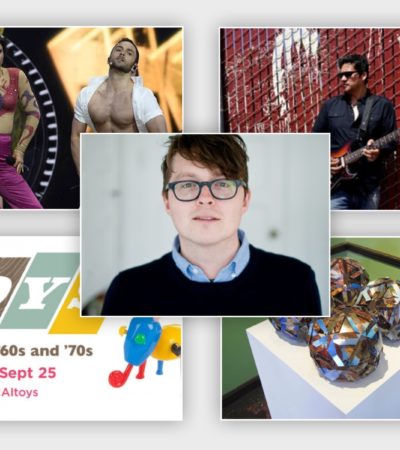 Get Out, Seattle! Arts and Cultural Events, Week of June 27 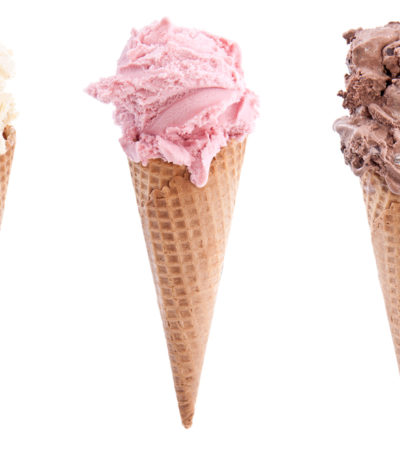 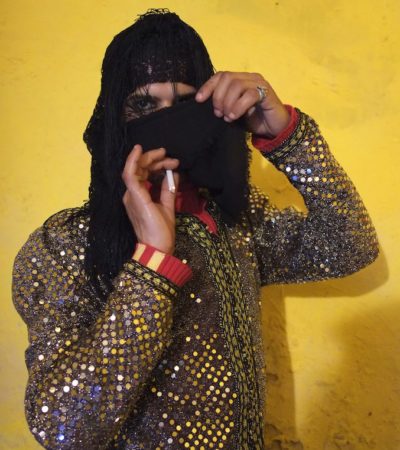 Art in Focus: “Mectoub” by Scarlett Coten at Mariane Ibrahim

2 Responses to: “Genius” at The Frye: The Video Installations, Now Through January 10