It is officially the event season, and on any given night there are tons of parties. Last Thursday, September 17 was a mad rush between art openings, performances and other launch parties…and the rain and gridlock that followed did not help one bit. We still did our best to be a dozen places at once. Here’s where we saw you (or what you missed).

Fremont’s Theo Chocolate celebrates a decade of business next year. Seattle has a lot of great chocolatiers, but Theo is one of the Pacific Northwest’s only chocolate producers and has been a worldwide leader in changing practices in the chocolate industry. By investing in the education of growers around the world, Theo is fostering a more ethical, sustainable approach to cocoa farming that results in healthier plants and communities, better product and better livelihoods for growers. The effort has caught the attention of celebrities and conscientious consumers and connoisseurs around the country.

Chocolate is the “food of the gods.” (It’s right there in the scientific name, Theobroma, which is how Theo chocolate got its name.) Its use is not limited to sweets, especially if one is working from the unprocessed nibs, which have a complex, nutty flavor of their own—earthy or sweet depending on the terroir. To better illuminate all the culinary possibilities and the nature of this divine bean, Theo is launching their first cookbook through Sasquatch Press today, and to mark the occasion they had their first major event in their factory and retail space.

Theo leads daily tours of the factory (hairnets and beard nets required of course) and guests of the launch party got a quick look (and a deep, sweet breath) of the refinement facilities with Theo’s co-founder and CMO, Debra Music. After getting primed, the party moved to the retail space, where guests got a taste of the company’s fresh truffles and smores alongside fresh appetizers made with cocoa, the recipes for which are all in the book. That includes the Nibby Crackers…which were so amazing that I am now actually planning to take part of an afternoon to make crackers. Who has time to make crackers? Everyone who has tried these and has their priorities straight.

Top chefs contributed recipes to the cookbook, including Tom Douglas (Roast Chicken and Wild Mushroom Warm Bread Salad with Cocoa Nibs) and Maria Hines, who was in attendance and got to see the looks of joy on the guests faces when they tasted her Toasted Durum Tagliatelle with Lamb Sugo. Robin Wehl Martin—founder of one of our favorite sweet shops, Hello Robin (522 19th Ave E)—uses Theo chocolate in her smore-cookie mash-up Macklesmores, which were also served to the guests. I had a friend in town from Florida and we ended up making two more trips to Hello Robin that weekend so he could get his fix of what he calls “the most perfect cookie” for him. (He doesn’t even like smores that much! What are the odds?) You’ll find that recipe in the book, too.


Pick it up from Theo’s retail space, your favorite bookstore, or direct from Sasquatch Press.

At the Dimension luxury apartments (225 Cedar St), fellow Vanguard Seattle writer Sarah Cardoza was checking out a performance organized by Sofar Sounds in the building’s gorgeous Sky Lounge, with sweeping views of the sound to the west and Queen Anne to the north. The London-based music project stages live music shows in intimate spaces around the world (179 cities and counting), creating experiences that one simply doesn’t get in your usual venues. The performers for the evening were Carolyn Samuelson, Tesha, Eastern Souvenirs and March to May. One doesn’t know who will perform when one applies for a ticket through Sofar Sounds, and one pays what one likes to attend, making it accessible to music lovers across income brackets. It’s a great way to find new music and new friends. The next performance is October 16. Apply for a ticket online.

Mariane Ibrahim Gallery always attracts a truly cosmopolitan crowd, and the opening for a solo show by Johannesburg-based artist Ayana V Jackson kept attendees long after the listed closing time, sipping drinks, catching up and taking in the large-format gorgeous photography of Jackson. (Look for my interview with the artist next week.) Among the guests were Mark Auslander, director of Central Washington University’s Museum of Culture and Environment, and the always delightful design power couple Cameron Campbell and Nicolaas Wilkens.

On the far end of the International District, GLASS BOX gallery welcomed a collaborative show between Hongzhe “Benji” Liang and Matthew Bell titled A TRANSLATION SERVICE™, which included video installation and installation. The work was born out of language gaps and an attempt by the artists to better understand each other’s culture. I think for many viewers, the displays will be puzzling and minimal, but they lent themselves to fun discussion on opening nights. I was particularly fond of Liang’s “As One / You Wish,” which was a functioning send up of the lightbox fixtures one sees in some Asian restaurants (complete with rippling light effects and a digital calendar).

We were sad to miss a stop at Davidson Galleries for their 44th Anniversary Auction, which also served as a benefit for gallerist Beth Cullom. Hundreds of paintings, prints and other works on paper were up for grabs in live and silent auctions, led by veteran auctioneer Kip Toner. The gallery’s Director of Contemporary Prints & Drawings, Miranda K. Metcalf, said that the happiest sale of the night was a massive 1952 woodcut by Leonard Baskin titled “Man of Peace.” It was on display for a few days leading up to the auction, and if you got to see it in person, you know just how imposing and beautiful it was.

The event calendar is only getting more packed in the coming weeks. We hope to see you out On the Town through the autumn.

On The Town: Counter-Couture Preview Party 2015 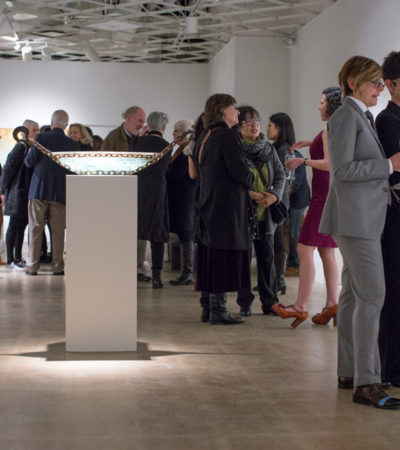 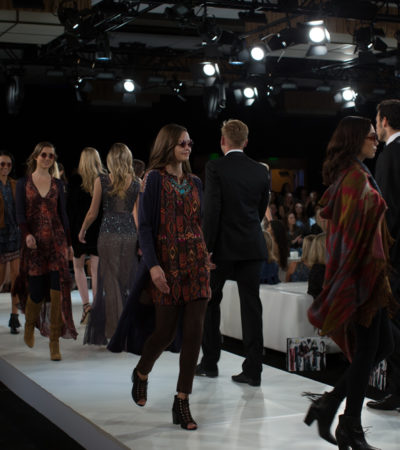 On The Town: IDRS and Posh Party Trend Show 2015 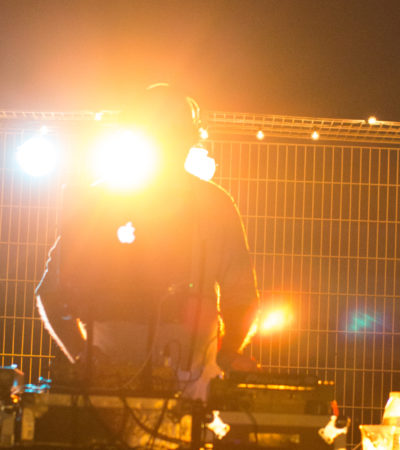 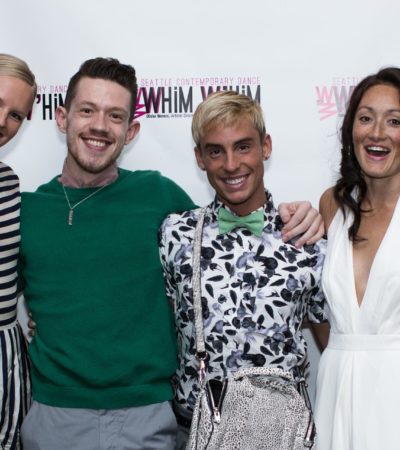