Home / VS Daily / Art in Focus: “Mectoub” by Scarlett Coten at Mariane Ibrahim

In the wake of the Arab Spring, nations across northern Africa and the Middle East were experiencing—at least for a moment—an optimistic rush as they sought more accountable and transparent governance and, at least individually, began to forge identities. Western stereotypes of the region focused especially on how women might be liberated if the more patriarchal modes were disrupted, but men, too, have embraced identities outside traditional masculine ideals, or have at least adapted them.

There was indeed a lot of interest from western media, and photographers followed, but photographer Scarlett Coten has been documenting this region up close for decades, at times when the idea of a lone, female foreigner making her way through these cultures was even more unthinkable to the western world. Her work has revealed the private joys of families, harsh but romantic landscapes, cultures of vivid color and artistry, the goofy grins of polygamous men and the smiling, knowing eyes of their wives in niqabs—an entire world that is often reduced to camels and sand in popular narratives. Her keen compositions enhance the underlying beauty of her photographic subjects, and her nonjudgmental approach has given her unrivaled access to the inner lives of people across many cultures and territories.

For her latest series of portraits, Mectoub, Coten has turned her lens toward young men in Morocco, Algeria, Tunisia, Egypt, Lebanon and Palestine, all areas affected by the Arab Spring and its aftermath. Being a middle-aged woman has allowed her to approach men who would avoid a younger (or male) photographer. The extent to which some of these men have revealed themselves is stunning. There is more bravado than sensitivity, to be sure, but always an unaffected candor. The intimacy she achieves is transfixing.

The gallery walls at Mariane Ibrahim Gallery on Second Avenue are lined with an array of these personalities, often posed in urban ruins, making evident the turmoil around them. There are a few notable exceptions: A tattoo artist, Nabil, sits in a white cell, incarcerated for tattooing others in Algiers, where tattoo is a religious taboo and therefore illegal; a bearded man in Beirut slumps on the floor of his apartment, surrounded by western toys which he proudly collects (and insisted be in the photo with him); a young man glistens infrared in the steam of a Marrakech bathhouse (a large print, properly placed in the gallery’s dark room), where no woman could typically set foot. More typically, Coten takes the men to locations she has chosen. The series includes shots of locations without any human presence, but are full of the evidence of human shapes, empty amongst rubble, glowing windows and looming black splatters. What is consistent among all of the photos is a removal from the public sphere and the pressure it exerts to appear one way or another. The ruins and rooftops and boudoirs as a setting are not merely textural, nor a sly, metaphorical backdrop (a broken façade, for instance). They truly are the limited space wherein these men can drop their own façade.

The literal veil may not be dropped, however. In the case of Abdel, little more than his eyes are visible behind a cap and veil, which he wears when he belly dances for crowds. As a known homosexual, he is ostracized in Marrakech, where he resides, and yet he charms the crowd with his dance, an object of fascination and also transgression to his own community. Others splay out like pinups, belying their machismo with a pose generally reserved for the male gaze, a “La Grande Odalisque.” From Abdel in Marrakech to Fadh in Cairo to Hamedo in Ramallah, even without knowing these men’s stories, their eyes say so much.

The Arabic “Maktoub” (مكتوب) is typically translated as “destiny,” but more literally means “it is written” (in the stars, in the divine book, by the will of god, therefore predestined). Coten puns on this lightly by combining it with the French “mec,” meaning “guy.” No one knows what is written for these regions or for these individual men. It was revealed to me that at least one of the men Coten photographed in Cairo has perished. There is real danger for all of these men, certainly, but in the face of this strife one sees not merely a motley crew, but a range of personalities, all showing their own form of determination, sometimes playful, sometimes stalwart, sometimes placid. You can say a lot about their faces and fates, but you can’t say of a single one that they are “just one of the guys.” 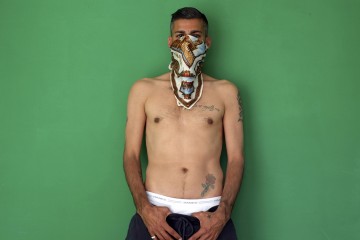 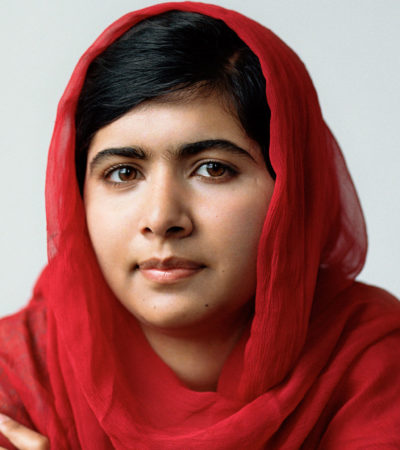 One Response to: Art in Focus: “Mectoub” by Scarlett Coten at Mariane Ibrahim