The groundbreaking programming of Black Box 2.0, Seattle’s first art, film and technology festival is drawing to a close. Over the past month, co-curators Julia Fryett and Anne Couillaud have brought some of the most significant contemporary artists working in video and new media to Seattle, many for the very first time. If you have not made it to any of the festival’s numerous venues or screenings so far, the next few days will be your last chance to catch some of the most daring, thought-provoking and perceptive works of art being made today.

Near the top of the list for the final days of the festival is Sue de Beer’s “The Ghosts”, which makes its West Coast premiere at Raisbeck Performance Hall. The venue’s haunting Nordic architecture, featured in the pilot episode of David Lynch’s landmark television series, Twin Peaks, serves as a fitting backdrop for the phantasmagorical qualities of the thirty minute film. “The Ghosts,” which was first shown at the Park Avenue Armory in New York City in 2011, is as unsettling as it is entrancing; telling the story of a “completely irresponsible” hypnotist, played by noise artist and painter Jutta Koether, who is able to retrieve memories from her patients and have them experience these moments anew, “bringing back unstable ghosts, from the minds of unstable people.” The two-channel video uses the supernatural to chart how the past perpetually haunts the present to stunning and traumatic effect.

At the very top of list for the final weekend is the Black Box Fête, the festival’s closing celebration taking place Saturday night. Beginning at Raisbeck with a special screening of festival highlights (a wonderful opportunity to catch some of the works you may have missed), the party will continue at the Black Box Hub on Westlake Avenue for more art along with music and drinks. The Hub, housed in an abandoned school building slated to be demolished this fall amidst the rapid construction of the tech industry directly around it serves as a fitting portrait of Seattle and an excellent venue for an art party. The Fête will serve as a wonderful opportunity to revel in the ruins of a city in flux and celebrate the close of the Black Box Festival.

“The Ghosts” by Sue de Beer is playing at Raisbeck Performance Hall (2015 Boren Ave) Thursday through Sunday from 12-5PM.

The Black Box Fête begins at Raisbeck Performance Hall (2015 Boren Ave) from 5-7PM before moving down the street to the Black Box Hub (201 Westlake Ave N) from 7PM-Midnight.

Tickets are free and may be reserved here. 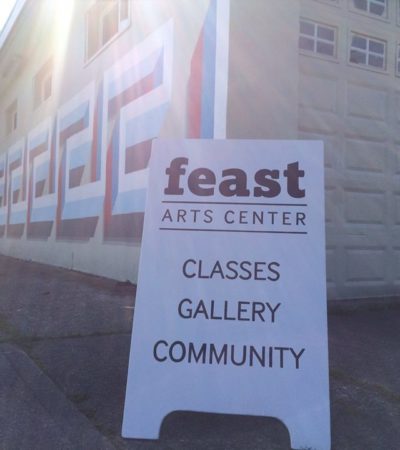 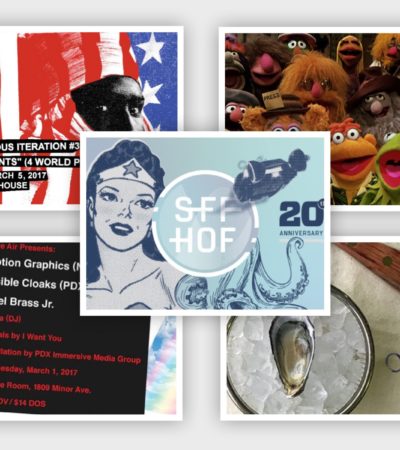