David Foster Wallace famously immortalized his one-week trip in the Caribbean aboard the cruise ship MV Zenith in a Harper’s essay titled “Shipping Out.” He is ironically displeased with the professional hospitality and the “fun” he should be having, and explains how the indulgences of the cruise turn him into a spoiled brat, leading to overwhelming internal despair—so much so that when he later published a collection of essays, he re-titled “Shipping Out” to “A Supposedly Fun Thing I’ll Never Do Again.” Irony aside, many people share the same sentiment about the cruise industry. Prior to this year, I had never set foot on a cruise ship, let alone traveled on one, but I, like many others in my demographic, associated it with cookie-cutter travel experiences, screaming children, and entitled Americans who maintain a bubble and don’t interact with the local people…not a pretty picture. It seems almost a reversal of older, romanticized visions of sea travel, back when it was the only way to cross the sea for those who sought new lands, the American dream, adventure and hope, in spite of dangerous weather and squalid conditions. In the press, squalor and illness on cruises still gets plenty of airtime—along with engine fires and stranded passengers—partly because the CDC requires that cruise ships report outbreaks of norovirus above two percent. In reality, schools and medical facilities are the site of 90 percent of outbreaks and a 2008 survey concluded that 0.1 percent of passengers fell ill in 2008, according to data from the CDC. And as with air travel, the chance of injury is much, much lower on the sea than on the road. To proclaim, “I’ll never do a cruise,” because its reputation has shifted seems sanctimonious. Love it or hate it, the cruise industry has a huge impact on our local economy, traffic and environment here in Seattle, one of the largest cruise depots in the U.S. The industry has been marked by environmentalist groups as a major polluter, but some are better than others. Environmentalist org Friends of the Earth issues a yearly report card for cruise lines and individual ships to help consumers evaluate the impact their trip may have on the environment. Even landlubbers ought to know some of the facts, so I happily took a press tour on one of Holland America’s cruise ships, MS Westerdam, on the first day of cruise season.

The city viewed from the deck of the MS Westerdam: Seattle is one of the largest cruise ports in the U.S.

My first impression of MS Westerdam was that it’s…well…HUGE. I counted eleven decks, and it’s as long as three football fields. It’s a floating high-rise that can accommodate over 2,600 guests and crew members. As a feat of engineering alone, it is remarkable, and it is good to know that it received an A-rating on the Friends of the Earth 2014 Cruise Ship report card. Upon embarkation, we were greeted by Orlando Ashford, Holland America’s new President. He invited us to join him in the Queen’s Lounge, where nightly entertainment takes place during excursions to Alaska. Prior to joining Holland America at the end of 2014, Mr. Ashford had never set foot on a cruise ship. When a major company hires a key executive from outside the industry, it may signal that disruptive change, innovation and new strategies are on the way. Mr. Ashford is still relatively new to Holland America, but one can easily sense that he has big plans and ambition for the 143-year old company. He seems to believe in the power of people and collaboration, telling us, “I really believe in collective intelligence, people in groups creating more innovation.” What he lacks in cruise industry experience, he more than makes up for it with his background in human resources and organizational development. The cruise and travel industry are about people, after all, and he’s certainly got the human touch.

After Mr. Ashford’s welcome speech, cover band B.B. King Memphis played some funky tunes. For a second, I did feel like I was in a blues club in Memphis, but it wasn’t long until trays of colorful tropical drinks were served, reminding me that I was on a boat, not Beale Street. I thought to myself, “If I were to go on a seven-day cruise, I’ll need more variety of on-board entertainment.” The destinations are important, but a cruise takes a lot of time and the journey itself needs to be memorable.

A mani and pedi with a view? Yes, please!

We were guided on an entertainment tour by the on-board youth program director and a friendly and energetic young dancer, who showcased an assortment of entertainment options: cooking classes, variety shows, concerts, night club with bottle service, casino, piano bar and an activity room furnished with computer and board games for “young adults.” A new partnership with the Lincoln Center of Performing Arts will expand the entertainment offerings to include world-class chamber music and recitals. For family fun, there are indoor and outdoor pools; for the athletic types, there are basketball and volleyball courts on the top deck. Imagine shooting some hoops on top of a huge boat in the middle of the ocean. That’s pretty cool. If getting pampered is what you’re looking for, there’s a full-service salon and spa onboard. A mani and pedi with ocean view? Now that’s a program I can get behind.

If you read my last feature article about Lima, you know that I love food. So of course I had to dig deep into the dining options on a cruise ship. The stigma of cruise food is bland buffet choices, which any self-respecting bon vivant will eschew. To my delight, we were treated to a three-course lunch in the main dining room. My pan-seared Alaskan salmon was perfectly cooked. It’s also nice to know that Holland America only serves sustainable seafood—a nice touch. To up its culinary game, Holland America is collaborating with legendary restaurateur, Sirio Maccioni. For those who have the means to spend on culinary extravagance, An Evening at Cirque promises its patrons “the same timeless atmosphere and classic cuisine at the seminal New York hot spot, Le Cirque.” Hopefully it’s not just as hard to get a reservation there at sea! This sort of culinary change in course may be just the sort of thing the industry needs to entice more traveling gastronomes. For more low-key dining options, I heard there is a grill that serves bistro style food, and also a “Dive-in” counter that offers gourmet burgers and hot dogs. As the four-hour press tour came to a conclusion, I started summing up the pros and cons of cruise travel. The major benefits I see are the following:

The Neptune suite has its own private deck. A seven-day cruise in a suite like this costs $2,500 per person on average.

Cruise travel is not for everyone, especially claustrophobes. Even if you can shell out an average of $2,500 per person for a 7-day Alaska cruise and upgrade yourself to an ocean view suite, the room is going to feel a lot smaller than your average hotel room. For those who are looking for very specific or tailored travel experiences, cruise travel is not for you. No matter how hard the cruise lines try, when serving over 1,800 passengers, it’s inevitable that the activities, excursions, entertainment and food are going to feel a little more “packaged.” The cruise industry is changing and evolving. The big challenge it faces is how to attract a whole new demographic of people who’ve never cruised before, while not alienating the loyal fan base. In my humble opinion, when a company tries to be everything to everyone, it loses its way. The key to success is to execute these core strengths well, while incorporating some new and innovative ideas, such as Holland’s addition of more exotic destinations.

As I disembarked from MS Westerdam, the first batch of passengers were getting ready to head to The Last Frontier on this giant, floating hotel. The thing that stood out to me is that everyone had a huge smile on their face. For some, they might have been saving for a long time for a week on the sea. Others might have fond memories of their last cruises and now they’re taking their families along. As a cruise virgin, I’m grateful for this experience of peering behind the scenes of the cruise industry and getting a deeper perspective. It certainly appears that the thousands of future cruisers are in good hands with Holland America, as the company continues to improve the cruise experience and put smiles on their passengers’ faces. I didn’t expect to rethink my position, but after reflecting on the cruise industry, seeing the facilities and learning about what is changing at Holland America, I am more open to a cruise vacation. To borrow from Wallace, I now consider it “A Supposedly Fun Thing I Might Just Do One Day.” Bon voyage. Have a cruise story of your own? Good or bad, share it in the comments. 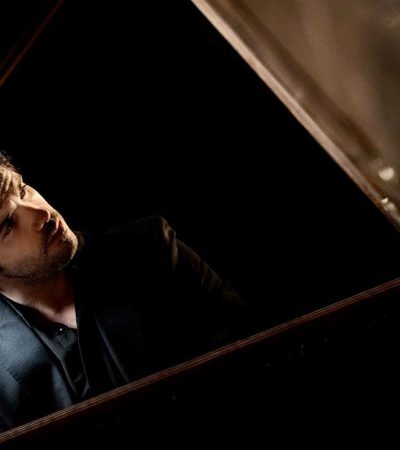 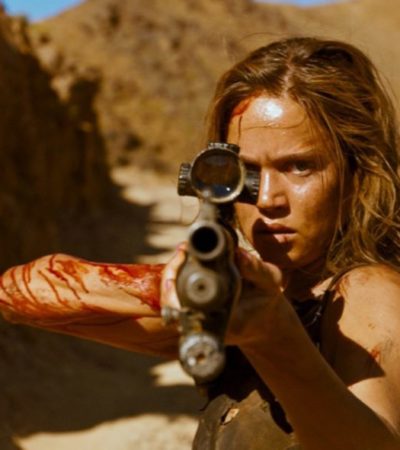