In Francis Ford Coppola’s Apocalypse Now (1979), Captain Willard (Martin Sheen) is tasked to find and kill Colonel Kurtz (Marlon Brando) who has gone AWOL by defining himself as a demigod to a small village deep in the Vietnamese jungle. Kurtz insults the military in a dialog with Willard, “Are you an assassin?” Willard replies, “I am a soldier” to which Kurtz rejoins, “You are neither. You are an errand boy. Sent by grocery trucks to collect a bill.”

Coppola painted an infamously vivid picture of war as a personal hell, the full force of “the [existential] horror,” all of which reflected the sentiment that many held about the Vietnam War—that it was a human and national disaster. The message Coppola is sending is clear, and whether you agree with it or not, at least the filmmaker is honest.

Filmmaking is not necessarily about honesty, but it is important that a director is at least honest in his or her intentions. If you want to make a film about fast cars and sex, then go for it. Just don’t pretend that you are making a family film or a heady meditation on consumerism. And certainly, if you are making a biopic allegedly rooted in fact, choose your subject well and be honest about it.

Much has been written about the Oscar-Nominated American Sniper, by director Clint Eastwood. Much of what has been written has addressed the real and potential consequences of the film’s depictions of Muslims and the war in general. One cannot lay the blame for several recent deadly attacks against Muslim-Americans and expatriates at the feet of any one pundit or filmmaker, but one can acknowledge when one is stoking xenophobia, and Eastwood has been accused of this at a minimum. In addition, veterans have weighed in about their personal distaste with the character of Chris Kyle (Bradley Cooper), known as the deadliest sniper in US military history, with 160 credited kills. Some might consider that a dubious honor, but even this number was not enough for Kyle, who was prone to embellish his own legend when reality fell short of his ambitions.

The film tracks the early life and training of Kyle, his multiple tours in Iraq, his harsh adjustment back to civilian life, struggles with his family, and his eventual death. This is based on accounts by Kyle himself, some of which have come into dispute or even been shown in court to be defamation (see court case Jesse Ventura vs. Chris Kyle). Rather than setting the record straight, Eastwood seems to employ a warts-and-all approach to Kyle, but is in fact highly selective in what he reveals and fails to acknowledge about his subject and the climate at the time—including American opposition to the war in Iraq, especially when the lack of connection between Iraq and Al Qaeda became clearer and clearer to the general public.

After seeing American Sniper, I left the theater thinking one could read the film as “Rah! Rah! Merica!” ultra-conservative message, or one could read into the deep irony that Kyle was in the most dangerous parts of Iraq, yet he was killed by a veteran suffering from PTSD in Texas. In those first moments, it struck me as a good film, and in many ways it could have been good film, because PTSD continues to add to the human cost of war far from the battlefield. But as I looked further into Chris Kyle, I was shocked to find how much the man on the screen and the man himself so widely differed.

In Chris Kyle’s autobiography, he relishes in his elite SEAL status, understands he is stronger and tougher than most (even in the military), brags about bar fights and doesn’t seem to have any remorse for any of his sniper kills. His accounts paint him as nothing more than a hometown, Texas redneck bully given the “opportunity” he lusted for to harm others, and that in my opinion doesn’t deserve a Hollywood promoted feature-length film—and it certainly doesn’t nourish our minds as far as how we as a nation cope with the realities of war. To the contrary, its influence was more poisonous, as evident in social media at the time of its release, when viewers similarly inclined to violence admitted their strident desire to kill—specifically to kill Muslims.

The false narrative of Kyle is set up by Eastwood as he shows a flashback to Kyle’s childhood, when his father disciplines Chris and his younger brother for fighting at school. He explains there are three types of people in this world: wolves, sheep and sheepdogs. “Be a sheepdog!” his father instructs the young boys. This is nice. Eastwood paints Kyle as a young man who is learning to have high morals and integrity and who will eventually mature into a responsible man who feels it is his duty to protect others and be that sheepdog.

But Chris Kyle was no sheepdog.

In his autobiography, he explains half-heartedly:

While I got into a lot of fights, I didn’t start most of them. My dad made it clear I’d get a whuppin’ if he found out I started a fight. We were supposed to be above that. Defending my brother was even better. If someone tried to pick on him, I’d lay them out. I was the only one allowed to whip him. Somewhere along the way, I started sticking up for younger kids who were getting picked on. I felt I had to look out for them. It became my duty. Maybe it began because I was looking for an excuse to fight without getting into trouble. I think there was more to it than that; I think my father’s sense of justice and fair play influenced me more than I knew at the time, and even more than I can say as an adult. But whatever the reason, it sure gave me plenty of opportunities for getting into scrapes.

Kyle does not have a clear conviction to help people, yet that is the crux of Eastwood’s theme. He was threatened by a “whuppin” and the “I don’t know…I guess” lazy, non-committal tone of his writing suggests his own blurred and dishonest thoughts of himself. The mention of a fight as an opportunity or as “fun” is twisted enough, but pales next to quotes like, “I don’t shoot [all] people with Quran – I’d like to, but I don’t.” He also claims that he traveled to New Orleans during Hurricane Katrina to shoot looters (criminal, but unconfirmed), and to have beaten up UFC fighters in a bar. Kyle by his own admission was a racist adrenaline junkie who has no problem hurting or killing others, and learned the ways to escape reprisal (or even earn praise) for doing so. Not that he feared retribution. So what did he fear? According to Kyle, it would be that he was perceived as a “pussy.”

Acknowledging that most films have a message to take home, I am at a total loss with American Sniper. What is the message? Based on popular reactions, it might be, “If you are really good at killing people and hate brown people, then you are a hero.” Or is it something like, “Military brotherhood is a virtue and trumps all appeals to reason and fear of danger.” You can’t take that away when you know the full story, but it seems the sort of thing that Eastwood might aim for. Unfortunately, Kyle’s aim was a little more accurate.

Frankly, I don’t buy any of that. American Sniper is a highly photoshopped piece of pure propaganda that rewrites personal and national history while we are still in the thick of the conflict it depicts, and that is deeply troubling. It is cloaked in the tradition of the great American War Film (a genre which is sadly not running out of content any time soon), but by choosing this subject, Eastwood couldn’t honestly create a narrative around the genre’s more redeeming tropes. Those tropes often emphasize the need for compassion, courage and brotherhood in the face of inhumanity. Kyle proudly declared himself devoid of compassion, and proved himself more reckless than courageous, more opportunistic than interested in true brotherhood. He was a wolf in sheepdog’s clothing, and that’s just what the film became with Eastwood directing it.

Directed differently and with honesty, American Sniper would have been a film worth remembering. Following the Vietnam War, we saw The Deer Hunter, Full Metal Jacket and Apocalypse Now, facing down the darkness of the war with three different visions. The Deer Hunter explored the aftermath of war on individuals, the effect on unbreakable bonds (or bonds thought unbreakable). Full Metal Jacket showed war as the most violent extension of human absurdity, and plenty of depravity, too, whose central character is reluctant to kill and eventually only does so when he is egged on to enact a mercy killing…of a sniper…who is also a teenaged girl.

And of course there was the existential horror of Apocalypse Now, Conrad’s Heart of Darkness transplanted from Africa to Southeast Asia, which implies that the darkness is in fact pervasive, never localized. Stateside violence against Muslims and suicides and murder attributed to PTSD speak to that. Kyle’s story might have touched on all of these things, but instead of confronting these fraught issues and the ambiguity of our cause and place in the world, we are given the image of an unambiguous, driven servant of peace. We are shown a version of Chris Kyle that mirrors Captain Willard, when in fact the world he occupied and which Eastwood is enabling is that of Colonel Kurtz. 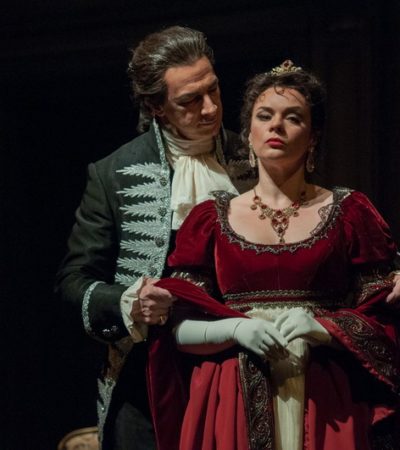 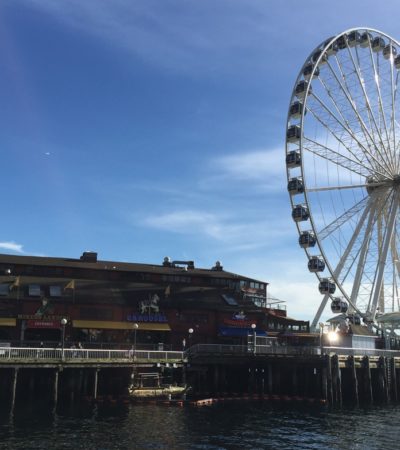 One Response to: A Wolf in Sheepdog’s Clothing: Eastwood’s “American Sniper”