We chose “A La Guerre” for the March theme of Vanguard Seattle, inspired by Mars the god of war (the namesake of the month), ongoing discussions of imperialism and activism, and the general sense of disruption and upheaval surrounding socio-economic shifts, security and militarization in our on country and around the world. These tensions are always with us, yet they seem to be heightened along with the crashing of the March wind and the waters of Puget Sound.

One of the most fascinating things that I learned while studying sociology is that war is not necessarily an either/or proposition in relationships between individuals, tribes or nations, but rather the mark of the beginning of a relationship, which over time becomes an alliance. It is observable on a grand scale between nations and within our own day-to-day interactions. When this phenomena was first described to me, it changed the way I would see political and social behavior. I learned that “peaceful” indigenous groups who had once been warring with neighboring tribes compensated with vicious gossip, turning on their own with a kind of socially ruinous intent. Even in intimacy, the feeling of desire for another can be loaded with urges not so genteel toward the object of desire. I immediately recalled the time my cousin pulled my ponytails when I was four. This aggressive and humiliating act confused me and even more so when my mother explained that it meant that he had a crush on me—that he thought I was pretty. Our urge to conquer and tame seems to be entwined with our need for community and love from one another.

Perhaps that’s why early philosophers were compelled to create practices that instill a sense of ritual servitude and humility toward each other, as a way of redirecting these urges toward something productive—connecting or building with another. Although humanity is in a perpetual state of attempting to reconcile these contradictions (from the individual to the nation, and everything in between), we have been taught to believe that a sense of social harmony fosters the genius and beauty of the compassionate, innovative and creative side of us. Craftsmanship and art has often been treated as a form of meditation by which the practitioner is rewired to an elevated place, beyond primal, territorial aims of conquering and pilfering. Yet, despite our transcendent philosophies, we are what we are for now, and our creative output often bears the mark of imperialism and tribalism in one form or another…or even becomes outright propaganda. Our best attempt at reconciliation can only come from complete self awareness.

The other dynamic this makes me think of is hazing, which I experienced many times upon entering a new social group or work environment. In some cases it seems that entire communities are changing so much that its players never mature out of hazing. In our comfortable reality, these dynamics are diluted to often imperceptible passive-aggression. Nevertheless, they are energetic assaults that may eventually cause a blow up. Those involved will have it out, potentially coming out on the other side bonded in trust. Our need to act against each other aggressively seems to be the first step toward negotiation and forming alliances. The old saw, “If you want peace, you must prepare for war,” is generally interpreted to call for a constant state of military readiness, but it may also acknowledge that fighting is a precursor to peaceful relations, and being in a state of readiness to fight an enemy preserves the peace in a community. It gives people a chance to negotiate who is to lead and who is to follow—a concession that can only be successful if the players can maintain a sense of mutual respect, dignity and equality.

I often think that the first act of establishing social dominance, savvy, and literacy is in asserting one’s style. First impressions are made quickly; within seconds humans assess each other based on appearance. We all do it, and studies show that those assessments are more accurate than the things we later choose to believe about people after they’ve had a chance to sell us on how they want us to see them. This is why the current exhibit Read My Pins: The Madeline Albright Collection at Bellevue Art Museum is intriguing. The former Secretary of State is not one take offense at being asked about her wardrobe choices. On the contrary, Albright utilizes the metalanguage of style, specifically her pin collection, to further assert her message of total self possession. In this month’s Persona interview, Leslie Wheatley catches up with BAM’s Director of Craft and Design, Stefano Catalani, to discuss the exhibit as well as the museum’s mission to change the old notion that fine art, design and craft are at odds at with each other. He calls the notion antiquated and discusses the museum’s role in the emerging culture of the region.

Anthony Lemus in his article “What To Wear: Jackets A La Guerre” features three styles of military jacket for men: the peacoat, the bomber and the band jacket. These styles have been with us for a long time and aren’t going anywhere. They are distinct enough to give the wearer a strong position and are basic enough that it’s reasonable to say that a guy would do well having all three in his style arsenal. For women, Lisa Cole offers four complete outfits that exude social intelligence in her article, “The Weekend Warrior: Four Looks,” featuring gladiator sandals, animal prints and a moto jacket among other stand-alone items, styled for four weekend occasions. Beyond personal style, Chardon Dankers shares Pantone’s dominant colors for Spring in design and shares a few of her favorite looks for interiors in her article, “Thee Colors of Pantone for the Home: Spring 2015.”

At a time when industrialization was creating new horrors for Europe’s working class, German Expressionist and master printmaker Käthe Kollwitz in several series of prints took the subject of peasant wars of the past to show the tragic conditions they suffered and the rage that resulted. Kollwitz was an activist as much as she was an artist and took a humanist approach in depicting her subjects with dignity, even at their lowest state. Claire Reiner’s article, Käthe Kollwitz at Davidson Galleries: “From Many Wounds”  is a touching review of the artist’s work, of which dozens of prints are on display this month.


Music writer, Johann Van Niekerk gives insight into Seattle Symphony’s Sibelius Fest, running March 12-28, during which The Symphony celebrates the 150th birthday of Finnish composer Jean Sibelius by performing all seven of his symphonies, his Violin Concerto, Finlandia, and other works. As Van Niekerk states in his article, “Sibelius, a contemporary of Mahler, is known for his pictorial symphonic works, often equated with the landscape and climate of Finland. Music historians tend to group Sibelius with other ‘national hero’ composers such as Dvorak, Smetana, Bartok, Kodaly and Vaughan Williams, in a time period at the start of the twentieth century where increasing nationalism and collective identity started to play a major role in the unfolding of world events (with near-catastrophic conclusions).” The composer struggled to stand outside of his identity as a national hero and wanted to be recognized for his talent as a great composer.

Indigenous Beauty: Masterworks of American Indian Art from the Diker Collection at SAM brings us to conversations directly related to the spirit of March’s theme. David Strand gives a thoughtful review, asking readers to consider the intention behind work created by these indigenous Americans, as well as the appropriation of it as art and craft by us and our institutions. The question is raised particularly regarding a mask that shows the unity between all living beings, and whether or not such an understanding itself could heal wounds inflicted by European Imperialism. In it, there is an invitation to the see unifying spirit between beings, but as part of an exhibit of isolated objects treated as artifacts, there is the danger of seeing it as the opposite—something other, tamed and contained by Imperialism.


Objects such as one sees at Indigenous Beauty may be the way that mystics keep open the invitations to experience love and unity while the rest of us fight and negotiate. Such mystical unity exists in religious traditions around the world, including Catholic dogma—but political realities tend to dominate or even bend such beliefs to a conquering force. (We also couldn’t help see the corollary between the Imperialism of the Catholic Church at play in the celebration of St. Patrick’s Day this month, as the church celebrates its dominance over the pagans who were run out of Ireland.) It is true of art as well, and so again, self-awareness and critical thought—the capacity to fight within ourselves against assumptions and toward a clearer vision—is always essential.

Most of us have some form of inner struggle in our own ethnic history as well, between the conquerors and conquered of our respective ancestral homes. It’s certainly true of us in Seattle, named after the chief of the Duwamish, who were expelled by unfair treaties with the European immigrants they had peacefully accepted. Later, there was the internment of all people of Japanese ancestry on the west coast during World War II, a history that is quickly being forgotten despite there still being survivors of that age and places such as the Panama Hotel, which serves as a sort of living museum of that history. (T.s Flock writes about it and other arts of war this month.)

Rather than be conflicted and paralyzed by events of the past, I say go out and take in the exhibits, learn and reflect, be self-aware and love the one your with.

Thanks for reading and happy March! 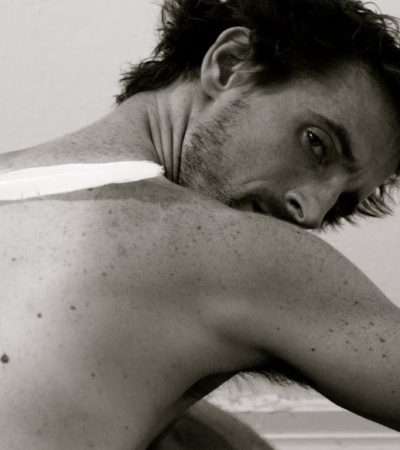