We love the blend of urban and natural environments here in the northwest—much more than the wildlife does. Some of our loveliest parks are attempts at healing our own ecological havoc—Bloedel Reserve, Gasworks Park, Freeway Park—but the rehabilitation process is slow and often too little too late for many creatures iconic in the region. Meanwhile, hardier creatures seen around the continent have adapted, bearing toward a monoculture of pests amidst our waste.

It is for the most part these creatures that one sees in ceramicist Jason Walker’s first solo museum exhibition, On the River, Down the Road at Bellevue Arts Museum. True to BAM’s idiom, the work is high on craft with fine-art depth. Walker’s sculptures are imaginative, Frankensteinian fusions of nature and industry. At first glance, they appear just cutesy and kooky, but spend a moment with them and they become a little unsettling.

There is no event horizon between civilization and wilderness; there is only a gradient of human influence, which extends far beyond where humans have actually developed and inhabited the land. This is especially true of water—the entire ocean and all rivers, upstream and downstream, as we dam, drain and pollute. Other lifeforms experience our influence even without direct contact, and they become vectors of that influence. On this continent, there is little that has not been altered in some way by our presence.

Walker puts this on full display with creatures whose limbs and necks are formed from pipes, a rooster looking quite unnerved as it is transforming into a spigot. One can see these renderings as playful and cartoonish, envision them frolicking with clanking leaps, but in this stillness they stand more as fixed, tortured conduits of our product and waste. A redtail deer has flanks striped like a traffic gore, standing amid a miniature, disjointed skyline while cars plod on a road on its back. Its ribs are a stand of tree trunks, where a wolf stands, peering out at the viewer.

In “Split Down the Middle, but One Always Wants More,” crows huddle around a nest of pipes, which contains only a concave painting of another road dividing forestland from a cityscape. As the exhibition’s title suggests, roads—the dividing line between our compartmentalized world, the capillaries of civilization and a deadly obstacle for wildlife—figure prominently in the installations. And what is “down the road?” In the installation of that title, Walker has painted an elevated road extending to an abrupt horizon among a jagged cluster of towers, rising all around and in the distance. Cars drive toward the viewer, but the road ends in the foreground over a giant, disembodied hand, and asphalt liquefies into a waterfall, down which sculpted cars plummet.

There is an air of caution to all of the work in the exhibition, but in “Down the Road” there is the more immediate sense that there are consequences for us as much as for the animals, and we are careening toward them. This is nothing new; the paintings even echo early twentieth century depictions of cities, in which the monumental architecture had rendered humanity (and the old world, the natural world) insignificant. The images were unsettling then, but over time became something aspirational as more people became acclimated to the spoils and comforts of industry.

Walker’s work takes elements of kitsch and craft movements preceding that era to remind us that the dispute about industrialization has not truly been settled, and it is utterly reckless and callous to acknowledge that habitat destruction and pollution are threats to other life without adjusting our behavior—not even for our own sake. The dispute also feels more personal with Walker; the extent of man’s impact on the environment is contested in media with polarized talking points, an orchestrated stalemate that leads many to feel ineffectual or not responsible at all. Walker’s disarming monstrosities bring it home with pathos, reminding us that we are all on this road together, but if we don’t keep track of how we’re driving this thing—short-sighted as we are—we may also go over the precipice together.

Jason Walker: On the River, Down the Road is on display at Bellevue Arts Museum through March 1, 2015.

In The Studio: Alex Achaval 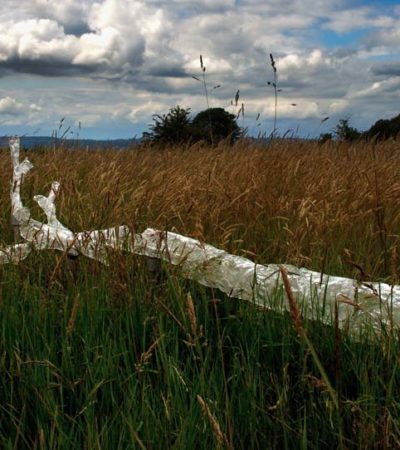 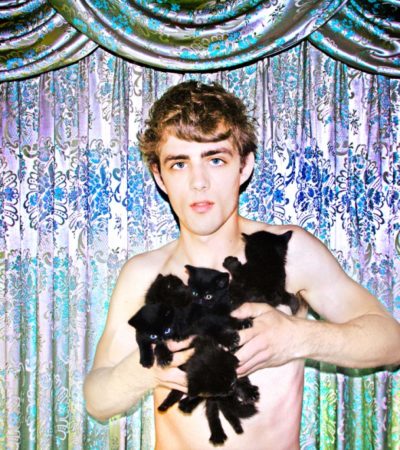 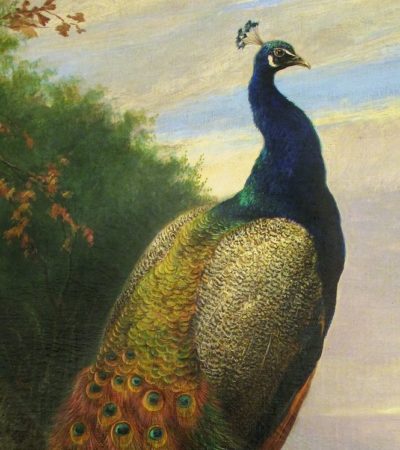 #SocialMedium Engages a Global Audience at The Frye