This year’s Mayor’s Arts Awards will be held, today, August 29 at 4 pm at the Seattle Center. The event and ceremony is a wonderful celebration of Seattle’s creative community–ranging from artists to institutions. This years recipients have been announced and include Alan Chong Lau (Cultural Ambassador), MOHAI and Leonard Garfield (City of Creativity), Path with Art (Social Justice), Snoqualmie Indian Tribe (Cultural Investment), Stephen Stubbs (Raising the Bar), and Teen Tix (Future Focus).

Look out for our continued coverage of this event!

Artist and Institution information below (courtesy of the City of Seattle).

Alan Chong Lau is a poet, painter, editor and sometimes curator and coordinator of arts events. As a poet, his work is represented by publications in numerous anthologies as well as individual titles such as “Songs For Jadina” which won a Before Columbus Award and “Blues and Greens – A Produce Worker’s Journal.” As a visual artist he has shown in Seattle since the early 1980s represented by Francine Seders Gallery until her recent retirement. He is also the Arts Editor for the International Examiner, a Seattle-based Asian American community newspaper. He believes that the arts play a vital role in society and through his various occupations facilitates culture throughout Seattle. He is a freelance coordinator and curator around town, creating “pop-up” arts events and shows in venues as diverse as Wing Luke Asian Museum, Kobo at Higo’s, Elliott Bay Book Company and the M. Rosetta Hunter Art Gallery.

MOHAI has grown to become the largest private heritage organization in Washington State and attracts more than 200,000 visitors annually. MOHAI is dedicated to enriching lives through preserving, sharing and teaching the diverse history of Seattle, the Puget Sound region and the nation. The museum engages communities through interactive exhibits, online resources, and award-winning public and youth education programs. Executive director Leonard Garfield directs all activities at the museum, working with the Board of Trustees, MOHAI staff and the community to ensure MOHAI achieves its mission. Mr. Garfield holds a M.A. degree in American Culture from the University of Michigan and has more than 25 years’ experience managing regional cultural organizations, including 15 years as executive director at MOHAI and six years as executive director of the King County Office of Cultural Resources (now 4Culture). In February 2014, Garfield was one of Seattle Business Magazine’s Executive Excellence Award recipients.

Path with Art transforms the lives of adults in recovery from homelessness, addiction and other trauma by providing opportunities for in-depth arts engagement and positive community connection. Since 2007, Path with Art has helped students find their voice through the power of artistic expression. Today, the organization partners with 28 social service partners such as Plymouth Housing Group, Recovery Café, and Harborview Medical Center to offer 30 eight-week studio art classes taught by professional teaching artists across 18 disciplines. Through its Access Art program, Path with Art collaborates with leading arts organizations, to connect participants to arts and cultural events throughout the city. Quarterly art exhibitions and showcases invite the broader community to engage with students through their art and individual stories, fostering a dialogue about the issues surrounding homelessness and recovery, seeing individuals beyond the lens of statistics.

The Snoqualmie Indian Tribe is a federally recognized tribe in the Puget Sound region of Washington State. Known as the People of the Moon, Snoqualmie Tribal members were signatories of the Treaty of Point Elliot of 1855. The Tribe owns and operates the Snoqualmie Casino in Snoqualmie, WA. To date, the Tribe has donated over $4 million dollars to non-profit organizations located in Washington State. Over fifty arts and culture organizations including the Seattle Art Museum, Seattle International Film Festival, the Genius Awards, Seattle Symphony, Pacific Northwest Ballet, EMP, Vera Project, Seattle Children’s Theatre, and Longhouse Media have received donations from the Snoqualmie Tribe. The Tribe seeks to support these and other exemplary arts organizations in the Puget Sound area and collaborate with them to expand open access programming that allows underserved communities the opportunity to enjoy these regional treasures.

After a thirty-year career in Europe, Stephen Stubbs returned to his native Seattle in 2006 as one of the world’s most respected lutenists, conductors, and baroque opera specialists. Previously, he was based in Bremen, Germany, as Professor at the Hochschule für Künste and director of Tragicomedia, which toured worldwide and recorded numerous CDs. Stubbs is the permanent artistic co-director of the Boston Early Music Festival (BEMF). With his colleague Paul O’Dette, Stephen directs all BEMF operas and recordings, three of which were nominated for Grammy awards. In 2007 Stephen founded Pacific MusicWorks in Seattle, reflecting his lifelong interest in early music and contemporary performance. Other recent appearances include Gluck’s Orfeo in Bilbao, Mozart’s Cosi fan Tutte in Hawaii, and Handel’s Messiah with the Seattle Symphony. His discography includes well over 100 CDs. In 2013, Stephen was appointed Senior Artist in Residence at the University of Washington School of Music.

Since 2004, TeenTix has been the central office of a community-wide effort to engage young people in civic life through the arts. The organization believes that arts institutions have a crucial role to play in building better futures for the youth in our community, and as such, they provide teens with tools to become empowered arts audiences, critics, leaders, and influencers. With a consortium of 54 regional arts-presenting organizations, TeenTix has facilitated the sale of over 45,000 $5 arts tickets to teens over the past decade. Members of the TeenTix Press Corps have written over 400 arts reviews for the TeenTix Blog, the region’s best source of teen-centric arts coverage. Graduates of their arts leadership training program, The New Guard, have gone on to take up positions in arts, culture, and civic organizations both locally and nationally. Their vision of a healthy community includes diverse civic leaders who value, support and participate in a thriving arts community. 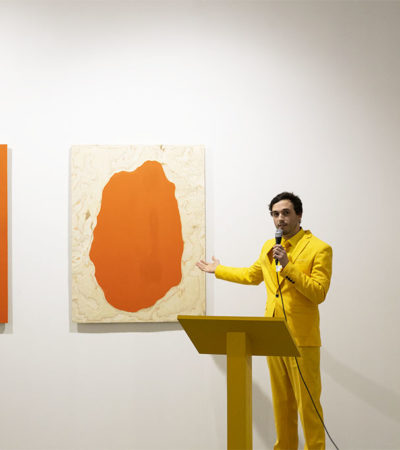 The Strange Coupling 2019 Pairings Are Announced at The Jake