Second Thursday Art Walk on June 12 is shaping up to be a gorgeous and festive night for the arts on Capitol Hill with something for everyone. Parties, art, shopping, movies, music, charitable cuases…the works! It is actually a bit overwhelming—but no excuses. This is a prime opportunity to check out venues around Capitol Hill for the first time or to bring friends along who are shy about stepping into arts arenas. This about as casual and social as it comes, and there is even a promotional game happening hill-wide: The Passport to Art raffle.

At each of the many participating venues you can pick up a Passport to Art for the night. (The Capitol Hill Art Walk site is supposed to have a map, but I am having no luck viewing it on an Android device or on a PC.) Once you have a passport, you can collect stamps at other venues. Collect four and you can enter it at the after party at Vermillion, where drawings will be held for prizes from business and retailers around Capitol Hill.

The main attraction for Art Blitz is, of course, the art, and there is much to see. Many galleries close up between 8 and 9PM, so if you don’t have time to make a full loop after work, it is best to start on one end of the hill and work toward the Pike-Pine corridor and Cal Anderson Park, where most of the later parties will continue.

On the south-east end, a large collection of watercolor portraits by Zachary Culler (of art trio SuttonBeresCuller) is on display in the sunny Hedreen Gallery. Across the street, Photo Center Northwest is in the very last days of their Process group show, featuring photographers who use the medium in surprising and innovative ways. Not far, on Pike St, Cupcake Royale will present quilts by current Neddy-award nominee Joey Veltkamp. The shop will also be offering stickers and T-shirts specially designed by Veltkamp for the shop and upcoming Pride Festival.

North of Pike-Pine and west of Broadway on Olive, both Ghost Gallery and Blindfold Gallery will present exhibitions of new paintings. Ghost Gallery presents Catastrophe Museum by Cait Willis, whose work takes inspiration from glitches that distort recorded images. Willis makes these accidental forms into something profound, both figurative and abstract and full of pathos. Blindfold Gallery’s show Fanfare for the Area Man is a solo show of LA-based painter Rachid Bouhamidi. The colors, subjects and landscapes speak to a different climate—more parched and carnivalesque. It looks to be a refreshing sight.

Added, June 11, 9:20 PST: Further north, painter Siolo Thompson will have new works on display at Joe Bar on Roy St in a new series of work, Gendered Objects. Joe Bar a bit off the beaten path from the other galleries, but Thompson’s technical gifts are always a pleasure to see, and they are put to good use in these gentle portraits of women’s hands at work with symbols of huswifery.

A block away on Pine St, the new gallery space at Grace Church has ceramics and prints by Seattle artists Linda Y. Kajimura and Jason Marta. And not far from there on Summit, True Love Gallery (in typical boisterous fashion) presents a group show inspired by anime and Japanese monster movies, with music by DJ Kobalt. Further up on Boylston, the work share space Office Nomads presents banded, minimalist watercolors by Renee Nixon.

The Seattle Asian Art Museum is also free to the public from 5PM to 9PM for Art Blitz. The new Deco Japan exhibition is a visual feast and a time capsule from the pre-war period when Japan was in a giddy rush to modernize and incorporate western elements into design and lifestyle. Also on display are a different sort of colored time capsule, Ai Weiwei‘s painted vases—ancient pots covered in industrial paint. (At least, they are said to be ancient…) Ai Weiwei made a name for himself with a photographic triptych of him smashing a genuine Han dynasty vase, and another set of his painted vases was vandalized earlier this year when a disgruntled artist smashed one of his own. I find the merits of such vandalism dubious, though some have labeled it a sort of Neo-Dada performance. I say there are plenty of performances already on Thursday, so don’t act on those sorts of ideas (even if they inevitably come to mind).

Tours and performances will abound over the evening. The tours all start from the Shelter House in Cal Anderson Park by the playfields.

Departing at 5:30 PM: Executive Director of Capitol Hill Housing Michael Seiwerath leads a tour of cultural spots around the 12th Avenue Arts Center soon to be completed at 12th and Pine.

Departing at 6 PM: A tour led by Michelle Dunn and Rafael Soldi of Photo Center Northwest will bring “a photographic eye to Capitol Hill artwork.”

Departing at 6:30 PM: Curator Tova Elise Cubert is the founder of Favorite Art Projects, which helps unite art and commerce in showings around town, and Cubert will lead a tour of selected art shows around the hill. (For those who want some guidance but still want to participate in the raffle, this seems an ideal option.)

Departing at 6:45 PM: The Red Wall surrounding construction of the Capitol Hill Light Rail station is covered with art from local artists, selected by multi-disciplinary artist DK Pan. Pan will lead a tour of the wall with Hedreen curator and artist Amanda Manitach, followed by some stops at some of their favorite creative spaces on the Hill.

As for performances, on Pike between Broadway and Cal Anderson the charming apothecary Sugarpill will host fiber artist and dancer Antonia Price. The work will be on display through the month, but the artist will be present and perform in the space on Thursday.

A dance that will make heads roll. Still from Salome (1923)

If you want to soak in some culture, but the sun and bustle grow to be too much, Northwest Film Forum has a perfect alternative: artist and designer Mark Mitchell has selected a series of films for Queer Film Style, and on Thursday Mitchell will be at NWFF to present the lush, silent spectacle of Charles Bryant’s Salome, starring Alla Nazimova as the dancing temptress. Sets and costumes by Natacha Rambova (the wife of legendary looker Rudolph Valentino) are a sumptuous, silvery pilfering of Aubrey Beardsley’s illustrations of the Biblical tale adapted by Oscar Wilde. The screening will accompanied with live piano performance by multi-instrumentalist and artist Jess Wamre. A happy hour in the lobby starts at 6:30 and the screening begins at 7:30.

Dance on film is a theme for the night. The event space 10 degrees by OOLA distillery on Union will present RADAR, a night of dance films curated by 10 degrees’ Artist in Residence Shannon Stewart with Adam Sekuler. OOLA will provide a cash bar and Feed Co will provide light eats.

The early party during Art Walk will be at the Cal Anderson shelter house from 5PM to 6:30, with music, fortunetelling and experimental short films. The after party (bring your Art Passports!) begins at 8PM at Vermillion, where owner Diana Adams will be premiering her ARTCADE, which will run through the summer months with vintage console video games and art by Charms Won, Pubs Kegger and Klown. The free raffle begins at 8:30 PM and live music from Hibou and How Things Work will keep the energy high until late in the evening. (Not incidentally, you might want to come back to Vermillion on Saturday for its 6-year anniversary celebration.)

And speaking of anniversaries…

Retail Therapy turned eleven recently, and owner Wazhma Samizay is celebrating with a party offering refreshments and music from one of Seattle’s most beloved and in demand DJs, Riz Rollins. Between the official parties of Art Walk, stop by the colorful, eclectic and always friendly shop, from 6 to 9PM.

Want to party but for a really important cause? You can do that, too. In the center of the action at Velocity Dance Center, local real estate mavens and all-around-do-gooders Kim Colaprete and Chavi Hohm of Team Diva Real Estate will throw their annual pre-pride party and fundraiser Divas Take the Hill, in support of the Inspire Youth Project—formerly Rise n’ Shine—which provides vital support for at-risk youth, particularly those affected by HIV/AIDS. There will be live music and entertainment and a friendly crowd. You can learn more and buy tickets (including a VIP ticket that includes dinner at Tin Table) at the event page on Brown Paper Tickets.

With so much to see and do for the Capitol Hill Art Walk, it is wise to leave the car at home and walk or cab around, as street parking will be sparse. It’s a perfect occasion for a date night (I have suggestions) but also a perfect time to go solo and explore what the town has to offer.

No excuses: Get out, Seattle! 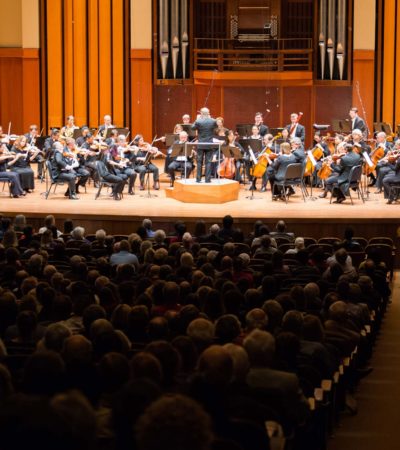 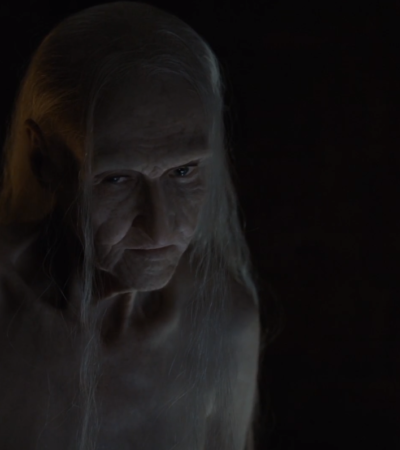 2 Responses to: Get Out: Capitol Hill Art Walk Anniversary Bonanza 2014