Olivier Wevers’ dance company Whim W’him is now in its fifth year and continues to mature with some of its core choreographers, including Wevers himself. Wevers is at his best when he choreographs for passion and humor and stays fairly straightforward in his concept, and the company’s move to Erickson Theatre on Capitol Hill kept him on the right track. The venue’s minimalist layout does not allow for a lot of stage tricks or movements that bring dancers in and out; the dancers are always visible in the cement block of the stage, hence the (somewhat twee) name of the current Whim W’him showcase, #UNPROTECTED.

Despite how minimal the arrangements are, the three pieces that premier this run show enormous range in vision. Belgium-based Annabelle Lopez Ochoa and Andrew Bartee (a Pacific Northwest Ballet dancer soon relocating to Vancouver) contributed the first two pieces of the night. Ochoa’s piece was not just a highlight of the night; it is my favorite performance thus far in 2014.

Her piece Les Biches hit me personally in all the right places: Aesthetically, musically, conceptually it could not have been more tailor-made for my tastes, but even when I step out of that gleeful state of appreciation I see a work that is of lasting quality, extremely unique and easily appreciated by a broad audience. The four dancers, Geneva Jenkins, Mia Monteabaro, Tory Peil and Lara Seefeldt were transformed into something reptilian and insect and human all at once by Ochoa’s costume concept: a full-body beige and ivory blend of makeup and textured leotards by Mark Zappone, hair covered by more beige, and hands tipped by arterial red plastic talons.

The talons were such a fantastic invention, extending movements without hindering them and adding a sinister chittering and clicking at moments when the dancers twisted and flipped their hands in synch. The music was eclectic but perfectly chosen, beginning with the two opening tracks of producer Richard D James’ album Selected Ambient Works Vol II. The tracks, Cliffs and Radiator, are at once soothing and strange, combining warped plucking, chromatic percussion and unidentifiable snippets of speech in a lilting pulse that complemented the alien yet familiar terrain that Ochoa explored.

The four female creatures made territorial displays, pawing and clawing at each other, flipping alpha, beta and omega roles but also coming together for synchronized motions. The dancers emoted so thoroughly with their expressions that individual characters emerged despite being stripped of most identifiable features by the costuming. (Monteabaro and Peil in particular know how to talk with their eyes.) With humor and subtlety and a touch of the uncanny, the dancers combined competition and camaraderie, empathy and subterfuge in a display one might summarize as “the lizards who lunch.” The arc was toward civilization, toward a more familiar humanity, but still with hissing, chittering traces of the primal, so that when in the third vignette the dancers soften their postures and in the fourth vignette they dance in synch to Tchaikovsky, a clear portrait of female dynamics emerges—one of strength and cunning more than tenderness.

The second piece of the night featured all four of the female dancers with the addition of Thomas Phelan. In fact, all four women were in each piece of the night, but fortunately for them the Bartee piece was not physically demanding for the most part. The extended rehearsal time between the four women was evident in all three pieces. Phelan performed admirably and is a very charismatic dancer, but he looked a bit the odd one out at times when his movements did not cohere with the others.

The lighting and costuming (hoodies) had a more literal, urban approach to the concrete interior of the Erickson, making it a sort of nocturnal street scene in which the dancers moved pensively. Lara Seefeldt was given a more featured presence that the others supported and she performed with due conviction and control.

Andrew Bartee as a dancer is incredible, but I have yet to be really impressed by his choreography for Whim W’him and PNB. Like Wevers he comes from a classical background but excels in contemporary performance and seeks to fuse the two, but Bartee’s emphasis is firmly on the latter. His piece in #UNPROTECTED is titled I’m here but it’s not the same (Bartee is partial to glib, clipped prose titles) and uses a lot of repetitive, duplicated motion that leads one inevitably to a meditation on time, but not a terribly deep one. The meditative minimalism was still enjoyable and had some visually striking moments, but more importantly it was an improvement on previous works that suggests that Bartee is coming into his own.

The final piece of the night was Above the Cloud by Wevers, set to Francis Poulenc’s wild Organ Concerto. Wevers, as stated above, does his best work when he allows passion and humor to lead the concept rather than commentary, but another trend is his use and deconstruction of objects, especially furnishings, objects that are adapted to the body and which define its spaces. They are examined for their aesthetic value and cultural connotations, and this reveals Wevers’ commentary with familiarity and subtelty. Two of his more memorable forays into this territory used a sofa and a table. Above the Cloud goes for something softer and more abstract by nature—the pillow—and for the dancers I think it was the most taxing and challenging yet.

Seven pillows for seven dancers were body-sized and had considerable heft, yet were pitched and flopped about the stage at a frenzied pace. They made it look so easy; memorably, Geneva Jenkins flicked one behind her with one leg, then precisely fluttered backwards and flopped onto it. The dancers in all white outfits (sheer shifts over white undergarments) before seven tall fluorescent lights looked like cloud hopping nymphs, impish and ethereal and stormy at turns. The stony, subterranean interior of the theatre seemed miles away, booming with the majesty of Poulenc’s celestial concerto. Thomas Phelan, Jim Kent and Kyle Johnson joined the four women. Johnson and Peil’s pas de deux early in the piece was sweet and sensual, showing great chemistry between the two. At a later point, Peil rolls over the pillows as the others weave around each other, grabbing the pillows behind her and depositing them in front of her to pad her path…until at last Johnson throws himself down and she rolls atop him. It was incredibly charming.

The choreography was dense, complex and circular; nothing moved in a straight line or turned at a sharp angle, but arced in flight patterns. At times the dancers would converge, clutching pillows into a very literal cloud. Phelan led those climactic moments with intensity, and the whole group showed the trust and cohesion that you expect from a professional outfit but is a challenge when the company includes imported and local dancers of various disciplines.

Whim W’him’s core concept—classical modes reinvigorated by their fusion with contemporary movement and a multidiscplinary approach to all aspects of production—has been proved to be more than viable by Wevers and his collaborators, and in #UNPROTECTED one sees just how much variety in vision and style is yet to be explored. Ochoa’s piece in particular feels bound to become canon as her reputation grows, and all of the choreographers have demonstrated their ability to mature as they take risks. It’s rewarding as a repeat viewer to see it, but for first-timers and those wary of modern dance, it’s a program absolutely worth seeing. 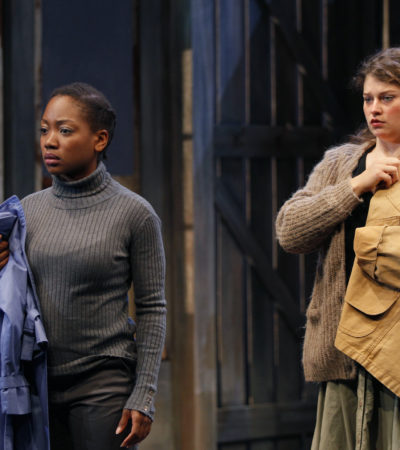 The Weight We Carry, The Lies We Share: Intiman’s “The Children’s Hour” 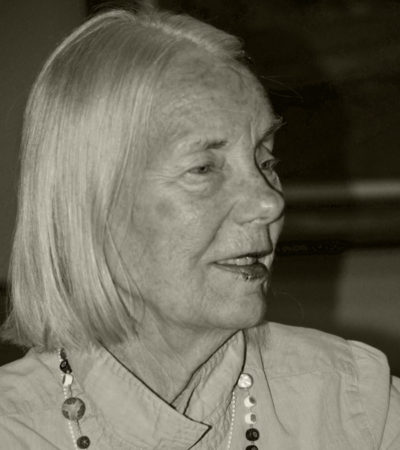 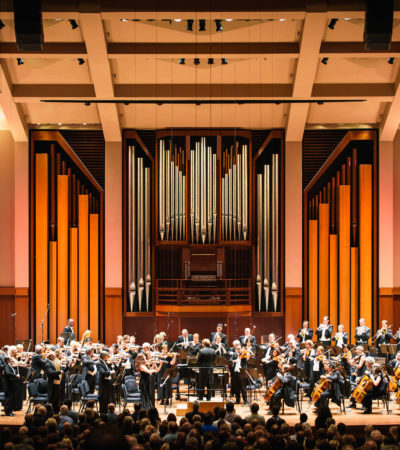 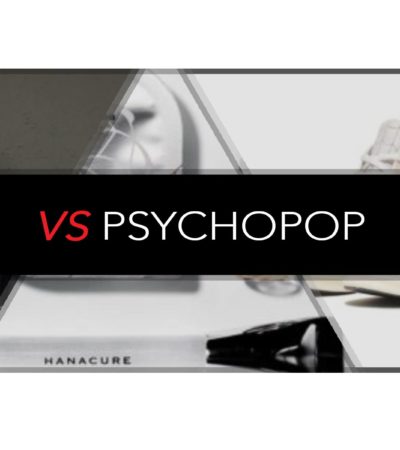