Upon entering his very hip home on Beacon Hill, Randy Engstrom greeted photographer Heather Allison and I warmly and offered us drinks. After living in Seattle for about a decade now, I have come to find that people often aren’t much for the formality of hospitality, so I take notice when I meet someone who enjoys making it a priority. Mr. Engstrom is originally from Chicago and as I got to know him I was impressed with his blend of old school manners and formality with the casual vulnerability of Pacific Northwesterners. He did go to Evergreen after all, where he began DJing at parties. It was that path that led him to work with youth, emerging artists and non-profits at the Youngstown Cultural Arts Center and then to the Office of Arts and Culture, where he serves as its Director, tirelessly supporting the arts community and bridging diverse communities and disciplines in Seattle.

I can only imagine that he must have always been a cool kid… a stylish kid. As I pressed him though, he stated that developing his style was something that came later for him. It was to be a social tool, a way to bridge cultural gaps and to present himself as competent, not just cool. Engstrom is first and foremost a pragmatist about his clothes and style; he created his style personality when he realized he had to fit in with creative, stylish people as well as government employees and business people. He had to represent his role with respect for the office and for the diverse people it supports. Because he is smart, his ability to see the big picture and his role in it also seems to keep him humble. He acknowledges that we have a lot of room to grow culturally as a city, but he’s an optimist about what can evolve from our social and economic climate.

In terms of his material reality, first of all he lives in a condo which is something of a bohemian commune. If that conjures remembrance of the bygone Love Israel compound of Queen Anne, put that out of your mind. It’s a little more now—a block of apartments purchased by a group of friends who love and are active in the arts. He is humble and pragmatic about this, too, and I only heard the back story because I asked him about this crafty piece of art hanging over his record collection. He explained that he commissioned a friend to make it for him from wood discarded when they remodeled the building.

Randy Engstrom with artwork he commissioned from salvaged wood. Photography by Heather Allison.

Of course, we asked him if we could see some of his clothes. Engstrom did not hesitate to pull out some of his favorite pieces including his first real suit which he had custom made, and a couple of shirts and jackets. He enjoys finding interesting jackets with some personality and flair, and those kind of quirky pieces need to be seen on to get the full impact.

As we were wrapping up the photo shoot and interview, his darling and gracious wife Joselynn appeared to greet us. Joselynn is an accomplished performer and beloved in the arts community. The overall effect on us was: YES, this a guy you want as civic leader. He’s not just stylish, but he’s all about the right things.

The Style Fold: Who or what defines your personal style (era, people, cultural references)?

Engstrom: I try to look like an arts advocate and a city department director at the same time. A blend of formal and casual, with a little bit of cool, artistic flavor and some 50s and 60s aesthetic added to the mix.

TSF: When you get dressed, do you follow a formula of some kind or is it more of an intuitive decision?

Engstrom: It’s mostly intuitive, but its also kind of formulaic. I usually wear jeans, a collared shirt, a tie, either a vest or a blazer, and grown-up shoes. Unless I’m meeting with the Mayor or City Council, or doing a formal public presentation—then I wear a suit.

TSF: Do you have any fashion rules by which you abide?

Engstrom: No pleated pants. I try not to have too many colors or patterns.

Engstrom’s DJing remains a favorite pastime and is record collection is a treasure trove. Photography by Heather Allison.

Engstrom: Yes, in that there are a lot of layers, and most days I can blend in at a range of formal and informal settings.

TSF: At what point did you become conscious of your style? Talk about that decision, some of the transitions, and how it ultimately affected how you present yourself today.

Engstrom: I think when I joined the Arts Commission and started as the Director of Youngstown Cultural Arts Center, in 2005. I realized that I needed to get my look together if I was going to be an effective advocate for both.  That meant presenting myself in a way that would give me credibility in whatever room I was entering. From that point I think I got more formal, more tailored, and more refined with my wardrobe. Ties really came into the picture when I got my current job. It took a minute to figure out the balance of formal and casual as a department director, but it feels pretty comfortable now.

TSF: What is one item that you own that most sums up your style?

Engstrom: Either the vintage space needle tie clip that my wife bought me (the perfect accessory) or the shoes I got married in (my first real grown-up shoes).

TSF: Name one style icon and describe what characteristics about him or her captivate you.

TSF: Who is the first person that defined “it-ness” for you? Who is that person now?

Engstrom: Common was the first person that struck me as ‘It-ness’. He’s the first artist I saw perform in a suit and tie. He was so smooth, and such a badass. He exuded cool, confidence, dignity, and power. He had a lot of style, and was doing a ton of interesting work. Now I think it would be the artist Theaster Gates. He’s a genius in so many things. And he has amazing style.

Engstrom’s tastes are diverse in all of his pursuits, from fashion to music to art.

TSF: What are some of your more unusual style icons, those that might not be obvious? Maybe this isn’t a person or a designer, but an attitude or something inanimate.

Engstrom: Jimmy Fallon, Roberto Ascalon, Ilvs Straus, and Carlo Scandiuzzi. I also usually like things that are described as “Industrial Chic,” and I tend to be drawn to salvaged, repurposed and up-cycled items.

TSF: Any trends you wish you would have avoided in your younger years?

Engstrom: So many. Adidas pants, sports jerseys, anything too baggy and sweat bands. Basically, I fell into 1990s rave and hip-hop style pretty deep. Thankfully that’s in the past now, aesthetically.
All photography by Heather Allison. http://heatherballisonphotography.com/

Jen is a true Seattleite: a lover of rain, music, and flannel. While the Northwest is her home, her love of language has taken her abroad enough to find a home in travel as well—she has lived in Madrid, Barcelona, and has traveled solo from the southernmost tip of Chile to the Northern borders of Peru. With a background that converges her love of music, art, and fashion, Jen's involvement in Vanguard began because of a mutual frustration of the disconnectedness of these communities in Seattle. Creating community is paramount to Jen (who also developed and runs Project Girl Crush, a forum that profiles inspiring women), and her monthly column for Vanguard, The Style Fold, seeks to close that same disparity by getting to the root of personal expression through fashion.

On the Town: Intermix Shopping Benefit for Artist Trust 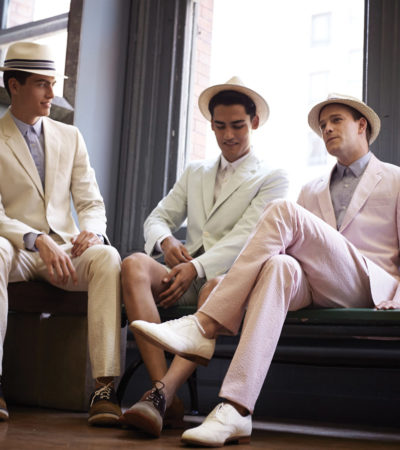 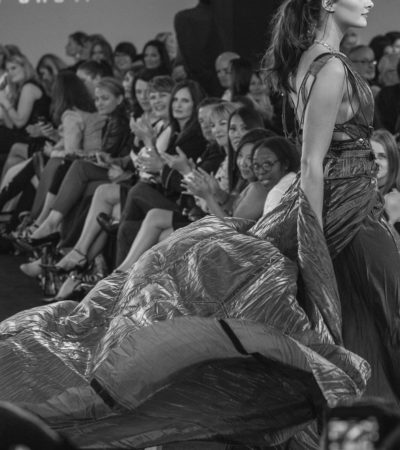 An All Saints, All-Seasons Essential 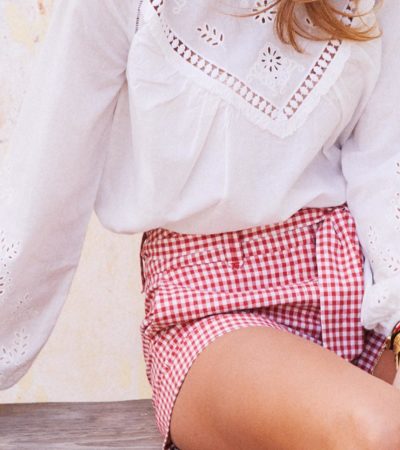