As NKO eschews a focus on memory, there is still an acknowledgement of ritual and the place and time. By leaving marks around the city that may disappear and deteriorate, a personal memory map is created but not for the sake of indulging in the past. Rather, there is a layering of experience and time, a leaving and a return, not just a passing, which is evident even in the patina that accumulates on things exposed to the elements. These marks also provide points of interest for observant pedestrians to make their own mental record of events in time. The graphics tend to blur into the surroundings as people hurry by, but once noticed they can become subtle anchors in an area where things are rapidly changing and disappearing. The way that these graphics are revisited (physically and mentally) is in many ways more reminiscent of written expression than fixed images in an interior space, displayed in isolation. In this, NKO’s practice aligns with his literary background.

“I started off as a poet and then realized that wasn’t emphatic enough a voice to convey the things I needed to talk about. My practice is informed by written language because that’s where poetry lives. Strong visual images can open a conversation about language or meaning, but don’t represent an end in themselves.”

“Writing is sexy; with words you suggest the image, and readers render it fully within their minds. That kind of relationship is nearly impossible with the distant stoicism of painting. Painting is sexy in a different way…”

From a print show at SOLO Lounge. Photo by Amelia Marris.

“As an artist it’s easy to ignore the critical context that your work exists within. You’re simply making beautiful things. For me it’s impossible to ignore context—the social and political context of making and giving, the relationship between the author, audience and text. Although I often express myself using visual language, I’m less informed by the visual discourse of contemporary painting than by literature. Georges Bataille, Antonin Artaud, Hakim Bey/Peter Lamborn Wilson, Marcel Mauss, Michel Foucault—these are my dudes.”

“I don’t actually look at that much painting, although I do follow all the European graffiti blogs. That’s the main influence on my painting—not even street art, but contemporary graffiti. It’s not even a specific person or a group. Just seeing the texture and the pattern and the placement of contemporary graffiti within architecture is more inspiring to me, because it’s looking at form and color within an architectural framework.”

NKO and his partner Sara Edwards spent five months walking the Appalachian Trail, which extends 2200 miles from Maine to Georgia. They camped, wandered, met people, explored, and walked. And walked, and walked. This had a large impact on his outlook on life, which in turn impacted his outlook on art. He and Edwards agreed to not oblige themselves to create art out of the experience, even as they viewed it through an artistic lens. They updated a blog, songsoutofthecity.com, but created no other discrete record of it.

“The experience was important to me for two reasons: the pursuit of total mental freedom, and the non-productive expenditure of energy and time. The walk was productive in the sense that we traversed topography but, as a step outside of an artistic practice, it opened up mental space that was otherwise unavailable—partially through freedom from architecture, and partially freedom from production. Overall, the Appalachian Trail was an exercise in wasting time.”

“I don’t meditate because I’m really bad at it. I just fall asleep instantly, but I do really like physical meditation. My clearest moments mentally were as a competitive swimmer in high school, and I was swimming on a club and also a high school team, so I spent four to six hours a day in a pool, going back and forth. You can’t hear anything, and you’re focused on breathing, so that is really physical meditation and the hike was in many ways similar to that. But sometimes it was meditation, and sometimes it was suffering, and sometimes it was terror, and in many ways it forced me to refocus my energy and not be so busy mentally.”

“The Trail allowed us to take a more critical approach to our experience with urban living and how our dependence on and imprisonment within architecture effects our experience as humans. It allowed us to examine more clearly the fundamental supports of immediate human interaction. How do we physically occupy and explore space? How do we start to talk about metaphysics as artists? It’s actually simple; you start talking about it through the direct physical experience of walking together, eating food or sharing time, labor, or suffering. You use human activities and then you can start talking about “I’m here” which opens up the metaphysics of the situation: “Where am I?”

“DK Pan and I have had conversations about this over the years, accessing the Situationist history of derivé, about transforming architecture and topography. New Mystics has worked on using bike-based topography as a way of linking graffiti to public art as means of discussing visual democracy in public space, shifting perception by actively and physically altering it.”

“I’m interested in continuing this work: examining the space around us, identifying boundaries, defining and engaging in acts of transgression and traversal, and translating these experiences personally and socially.”

“Coming home from the Trail makes you think more critically about your social roles. And it’s interesting because part of my art practice has always been semi-social, through New Mystics and Free Sheep, but I find myself still interested in trying to inform the dialogue about art, within the city of Seattle, and trying to talk about how we view art and how it’s produced and how we value it and stuff, but I find it much more difficult to engage socially. It’s taxing. I’m reconsidering a lot of my assumptions. I don’t know how valid they are. In an act of return, you can allow yourself to assert new understandings more easily. Life becomes more elastic. I’ve arrived at this point. So right now is a real transitional period in my artistic and personal practice.”

“I’ve asked myself different questions, and realized they were the wrong questions to ask. I did this show before we left for the hike, and it was weird. I made these paintings about hash-tag culture, which was like Juicy J and Kendrick Lamar and contemporary misogynist hip hop culture. They were looking at that type of self-abasement as compared to the same culture in 1980s, Miami Vice era. I made these paintings which I felt were strictly commercial paintings because they were for a commercial gallery, and they were talking about commercialism. Engaging in that show was maybe a mistake because if you talk about commercialism in that way, it doesn’t work, since you’re talking to audiences only interested in commercial paintings. But, I had a show in a commercial gallery, which was maybe a means to arriving at the real question: “How does art function within late capitalist frame?”

It is not uncommon these days for emerging artists to attempt various media and also try their hand at curation and arts writing. In some cases, the artists aspire to be a master of everything and in others they are just trying things on to see what fits. In NKO’s case, the act of stepping away and avoiding one role over another is not multitasking as much as it is an essential part of his overall practice that eschews demographic and abstract restraints to allow for a constant state of discovery and invention.

“If I go through a period of painting and then work on design, printing, curation, or do art direction, I come back to painting and my eyes have changed. It’s like having a child’s eyes again. Being able to approach each facet of my practice as a novice; envisioning what I want to make, articulating that specific image or idea while retaining a degree of naiveté is attractive to me. It forces me to learn. My style has totally changed many times. This prevents me from falling into an ‘adult’ style because I can never actually master painting, or because of ADD. It always seems totally foreign to me, as if I have someone else’s hands. Only my handwriting seems recognizable to me.”

“Forgetting is a big part of my practice. If I paint intensely for a while and then I don’t paint, I forget everything. I approach it again and some of the tricks come back but they manifest in a different way. This allows for accidents, and I’m less interested in becoming a master of painting than I am in becoming a master of making. If you want a masterful painter talk to EGO.”

“I’m interested in facilitating unmediated experiences. Advertising exists everywhere around us—it’s hopeless to try to avoid it—yet it only represents Babylon with its impossibly hairless thighs and perfect teeth. Humans are capable of both appreciating and creating great beauty. That loveliness is tarnished by impossible desire fueled by the unrealistic and cruel theatre of images we propagate for ourselves and the false association of emotions with products.”

“My work involves commentary on poetry, the human condition, architecture, memory, language and site specificity. Seeing the texture, pattern and placement of a purely humanistic image—one existing outside the tyranny of advertising, yet within architectural frame, one that raises the eyes, which raises the spirit.”

“All of these collaborations (New Mystics, Saint Genet, Free Sheep) manifest the material nature of the work, while also engaging with its social or immediate context.”

“This is a conversation Ryan Mitchell (of Saint Genet) and I have often had. Through repetition you evade meaning, and regardless of how you feel about the aesthetic, you can’t fuck with the work. Take for example the crown stickers I’ve been making since 2006. I’ve hand cut probably 15,000 or 20,000 of them, and regardless of love/hate, they’re a recognizable symbol that inhabits my urban reality. Some people find this kind of humanization frustrating; others find it comforting. To me it’s just an expenditure of productive energy.”

“That to me is the Accursed Share, where you are just spending energy to make this thing, but it isn’t about making the most beautiful or useful thing or whatever. It’s just about making the thing. So repetition is important to access something inherent in the work, which is the scale or the scope of the work. That pushes the aesthetics aside and focuses on the materiality of the work.”

To see more of Nko’s work, including some of his video projects, visit his tumblr site,  http://nkomedia.tumblr.com

For the rest of the hoodlums: 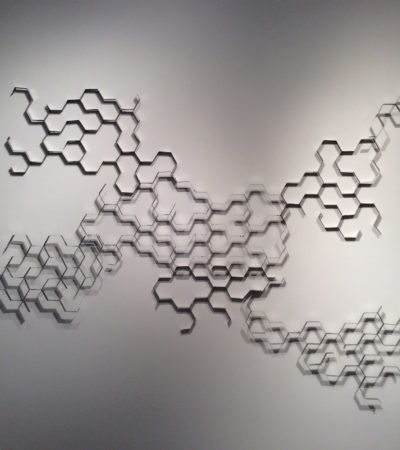 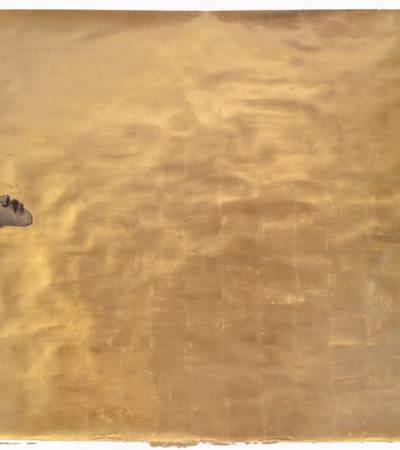 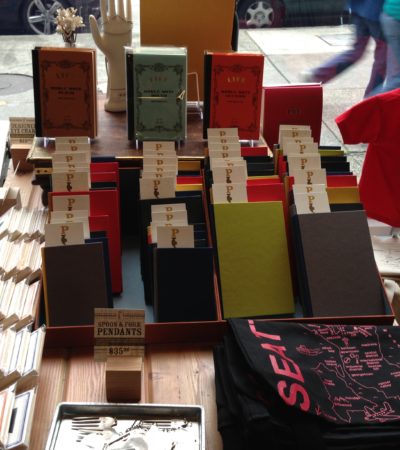 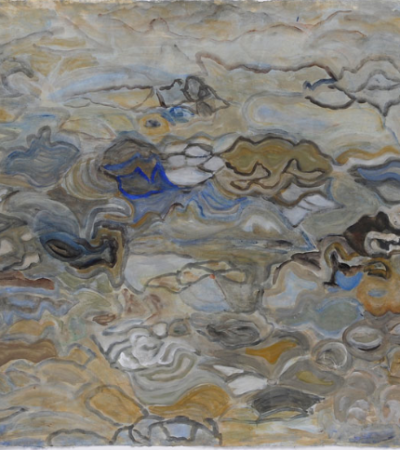