Sarah Jessica Parker arrived at the Nordstrom Seattle store on March 5 to an enormous and enthusiastic crowd of fashionistas eager to meet her and check out her new shoe line carried exclusively at Nordstrom. Parker made the flagship store her first stop on a five-city tour where she personally presented her line, followed by trips to Los Angeles, Chicago, Miami and Dallas. Parker designed a line of shoes in collaboration with Manolo Blahnik CEO George Malkemus III—a dream team partnership for both sides.

The SJP line also includes a feminine grosgrain ribbon-trimmed “Manhattan” trench coat in khaki or navy—my personal favorite—and the “Beeksman” grosgrain clutch, available in four colors. All of her shoes are made in Italy and have a charming single grosgrain ribbon piece down the back, a sentimental tribute to the ribbons she wore in her hair as a child. It makes the shoe instantly recognizable, and I noticed many pairs of SJPs walking around the store, on staff and on customers. There are 25 designs, from soft suede flats to patent leather pumps, in a price range from $195 to $485. I love the edgy “Alison” bootie, the gorgeous patent leather “Diana” pump and of course the grosgrain “Lady,” which is pictured above and made its way into my own closet…in the name of research of course.

Parker arrived at the store wearing her Manhattan khaki trench and came down an hour later to greet the screaming crowd wearing a vintage grey Anne Klein shift dress with sheer long sleeves, black Swiss dot hosiery, long pearls stacked over a shorter necklace and her “Lady” pumps in the color geranium. I loved how the darker hose really made the shoe color pop. Frankly, she could have worn a paper sack and made it work—she is a true style icon. And apparently I am not the only one that thinks that. The first person in line, Adina Sneed, drove from Arizona and arrived at the store at 6AM to wait for it to open. Her efforts paid off, she was first to greet SJP, who warmly welcomed her like an old friend, took photos with her and signed two pairs of shoes. The line snaked through the first floor, out the door and around the block, and the main floor and media areas were packed, cameras flashing constantly.

Parker has had her hand in the fashion world prior to this collaboration. In March 2007, Parker launched her own fashion line, “Bitten,” in partnership with discount clothing chain Steve & Barry’s. She was later named the Chief Creative Officer for Halston Heritage until 2011. She also has a successful line of fragrances, beginning with the 2005 release Lovely. Being that Parker’s character, “Carrie”, from Sex In The City was such a shoe aficionado, it seems like a natural next step to delve into designing shoes. The partnership with Nordstrom—which began as a shoe store—seems to be a perfect pairing.

From her days in television shows like Square Pegs and the Sex and The City franchise, Sarah Jessica Parker has charmed us with a genuine warmth that feels like that of a close girlfriend. Her impeccable and fearless style is always spot on—who can forget the gorgeous faux hawk headpiece she wore at the 2013 MET Gala?—and her lovely manners and approachability make you love her even more.

On a personal note, in 2006 I had the pleasure of meeting Sarah Jessica Parker in person. She starred in a movie that my older brother, Tom J. Astle, co-wrote, called Failure to Launch, and I was lucky enough to attend the premiere in NYC. She couldn’t have been more gracious and lovely to me, and it was refreshing to meet someone you admire who is so genuine. I am looking forward to seeing the SJP by Sarah Jessica Parker line expand and grow, and given its initial reception it will continue to be met with incredible enthusiasm. Well done, SJP. 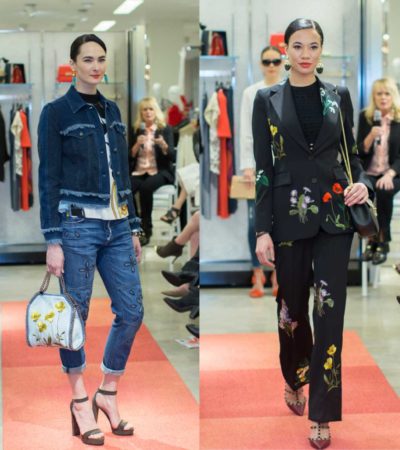 What To Wear This Spring: Neiman Marcus Spring 2016 Trend Forecast 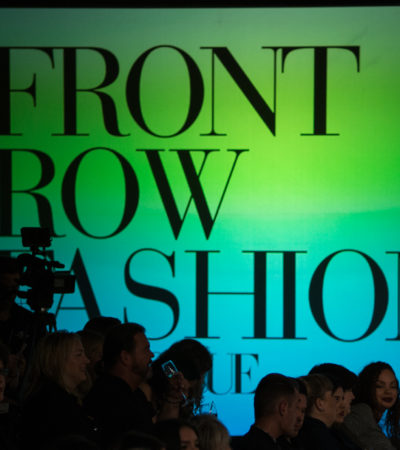 On The Town: 2016 Front Row Fashion by Vogue 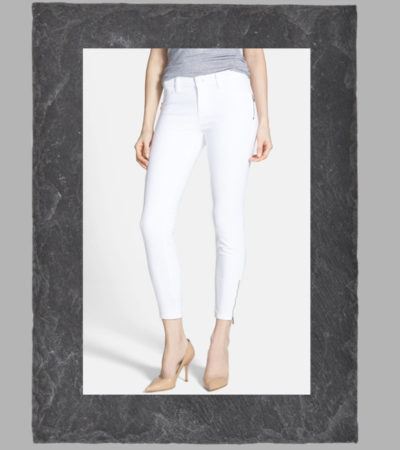