Home / Culture and Entertainment / In for a Laugh: Punchline Comedy

One might be surprised to hear that Jai Thai on Broadway Ave is home to one of Seattle’s most successful comedy clubs—Punchline Comedy Shows. Stand-up comedy has a long history in Seattle. Our fair city has hosted a bevy of comedic greats, as well as acted as a springboard for performers like Nick Thune and Mitch Hedberg. The annual Seattle International Comedy Competition (which just finished in December) is America’s largest touring comedy festival, drawing talent from all over the world. Seattle comedy is producing a crop of talented, young comedians—and Jai Thai is the place to see them.

The producers of Punchline Comedy Shows

Punchline Comedy at Jai Thai is the longest, uninterrupted running comedy showcase in Seattle. Comedians Rick Taylor, Chris Ferguson, Anthony Calderon, Billy Anderson, Peter Williams and Evan Morrison run Punchline Comedy at Jai Thai. While many clubs have faded away or closed in recent years, Punchline has continued to provide a venue for entertainers to hone their comedy skills. It provides numerous opportunities for comedians to get up and perform and for audiences to get a laugh as it hosts four nights a week, including multiple open mics and showcases every other Friday.

Punchline’s “Punch Pod,” a weekly podcast of selections from that week’s most hilarious performers, provides easy access to comedy on the go every Wednesday. “Punch Pod” and Punchline’s open mics are steadily building support and drawing attention to Seattle’s burgeoning talent. Anthony Calderon states, “The format of open mics every other week creates an atmosphere that makes comics work hard on their material at the open so they can get on showcases. As far as our goals go, it remains the same—to bring the community together in a positive way by putting on quality comedy shows every week.”

Punchline Comedy has truly brought together a once dispersed community of comics and has introduced many Seattle residents to live and local comedy. This is one of many reasons for Punchline Comedy’s success at Jai Thai. Another is described by Rick Taylor, who says, “One of the things we have tried hard to do at Punchline Comedy Shows is to grow the venue and the shows at a controlled pace. After our move to four shows a week last Spring we are still managing the ever growing crowd and comedians on those four nights.”

“In November 2013 we added Breezy Time Variety Hour every third Thursday of the month at 9 PM. It’s an entertainment show that had its original run at the now defunct Capitol Club. It’s not necessarily a comedy show, but always includes a comedian on the lineup and it’s one of the most entertaining and strange shows to ever hit the stage at Jai Thai. We are in the midst of hearing a limited number of pitches from producers right now. Hopefully that will yield some other great programming for future Thursday nights in the venue. There is always room for growth, but we will continue to manage our growth at a controlled pace to not lose sight of the quality of the entertainment we put on stage in the venue.”

When I was introduced to the comedy scene in Seattle, I found comfort in the simple chance to laugh for a good hour. Over time, I began to notice the creativity and artistic quality of good comedy. Though some may dismiss it as mere entertainment, good comedy has all the earmarks of a true art form; it takes skill and time to develop jokes that cut to the truth of our culture and everyday life, with observations that others may overlook or be unable to articulate. Rather than turning such observation into an aesthetic object of beauty or contemplation, comedy makes it into a thing of mirth or absurdity. Writing jokes is a matter of trial and error, learning one’s audience, and adapting one’s material and oneself to gain the desired laughs. It’s not an easy thing, one has to appreciate the effort and humility it requires. Is there anything better than laughing—a bodily and reflexive response that consumes you and takes you outside of yourself?

Punchline Comedy Shows at Jai Thai and other locales, such as the Comedy Underground, Comedy Womb and Scratch Deli, not only provide a venue for comedians to hone their skills but also a chance to bring together a positive community. While the comedians themselves act as the foundation of this community, the audience plays an integral role, and together share a unique experience. This is where another element of artistry comes into play; unlike many performances where each viewer’s attention is fixed solely on the stage and the crowd is ignored, comedy shows allow all present to acknowledge each other freely…to all be in on the joke.

Be sure to check out Punchline Comedy’s “Punch” Pod and app to enjoy comedy on the go and visit PunchlineFridays.com for more info about the show.

Oscar nominations are out. It’s refreshing to see underperforming art films like Jackass Presents: Bad Grandpa in the mix. #AcademyAwards

Danielle K.L. Grégoire: Danielle K.L. Grégoire is a recent Canadian transplant to Seattle, a comedian, a former spoken word poet and an arts enthusiast. In April of 2013, she launched the Comedy Womb, a female focused—but not exclusive—comedy showcase and open mic every Tuesday night at the Rendezvous in Belltown. Grégoire invites diverse guest performers to the Comedy Womb, giving audiences a smart cross-section of Seattle—a city that she has come to love as a nature lover, gardener and stay-at-home parent. Twitter: @zerotofunny

Some dresses take two people to remove. Guess I am sleeping in this dress tonight.

Dwayne Paul Cullen: Dwayne first took the stage at age 8 and has loved performing since. Raised Irish-Catholic on “the rainy beaches of Edmonds, WA,” he left for Ireland after high school and there discovered his love for stand-up in a Dublin bar and now performs all over the Northwest. He lists as inspirations his fondness for other cultures and his inability to feel like he belongs. (This cultural dissonance extends to his family, as his “closeted father” is also a topic of his jokes.) Twitter: @DwayneCullen

Is rap being taught at high school with white guys in pony tails yet?

Billy Anderson: Billy Anderson was born in Texas and raised in Georgia, but his comedy journey began in Kansas, where he did his first open mic to a mostly confused crowd at The Loony Comedy Club. He decided that if he was going to take comedy seriously he would need to move to a bigger city. He moved to Seattle, where he has has become a fixture in the local comedy scene and been in “a wonderful state of poverty.” Twitter: @BillyAndersonYo.

Monica Nevi: Monica Nevi is from Renton, WA, Seattle’s coal-mining boom-town neighbor to the south. She attended and earned a degree from Seattle University, but her career as a young athlete was ended by a injury in college. It was then that she made—to paraphrase her—the smartest and stupidest decision of her life and began pursuing a career in stand-up comedy in earnest. Nevi has since performed around the West Coast, including the 2012 Bridgetown Comedy Festival and in the 2013 Seattle International Comedy Competition, and she co-hosts the Daily Dabble, a video series with fellow comedian Mitch Burrow. Twitter: @MonicaNevi.

You don’t want to bring someone to your hometown and the first thing they see is a 1992 Grand Caravan with spinners on it. #RNT

Albert Kirchner: Kirchner grew up in rural Pennsylvania and relocated to Seattle soon after graduating high school. He began his stand-up comedy career a few years later and quickly developed a schedule that had him performing every day. That energetic approach translates into his performances, as Kirchner favors “a high-energy, passionate rant” style as he playfully confronts absurdity and mortality. Albert performs around Seattle. His latest project is brand of burlesque, “but instead of all that skin and singing it’s comedians and curious artists.” Twitter: @AlbertChairMan

Y’all are just following the Kardashians, I’m plotting their next move.

Yogi Paliwal: Of himself, Paliwal says, “He enjoys the simple things in life, a grilled cheese sandwich, Bob Ross, whittling, and he gets bored writing his own bio.” That’s fair enough, as Paliwal’s experience rather speaks for itself as the mark of one who does some of his best work live—though he has also written for IGN and Frank and Funny greeting cards. Paliwal has performed around the country at comedy clubs, theatres and festivals including the San Francisco and Seattle Sketch Fest, The Bridgetown Comedy Festival and at the NBC Stand-up for Diversity Showcase in Seattle. Twitter: @Yogi_Paliwal

Anthony Calderon: Calderon’s early realization that his casual, humorous observations drew attention was at first a way of navigating life and now it’s a career that has taken him from the small town of Ellensburg in central Washington across the US to perform on hundreds of stages, from New York City to Boston to Los Angeles. He is based in Seattle, where he is actovely trying to cultivate the comedy scene and always developing his own blend of observational and physical humor  for crowds of all ages. Twitter: @standupanthony

Eric Lundquist: Eric is a young, emerging comedian in the local scene who recently won Jai Thai’s annual “Comedy on Trial” Final Competition (a culmination of weekly contests throughout the year determined by audience vote). Lundquist is one to watch on the rise for his quick, high-energy performances. Twitter: @Lundquistador 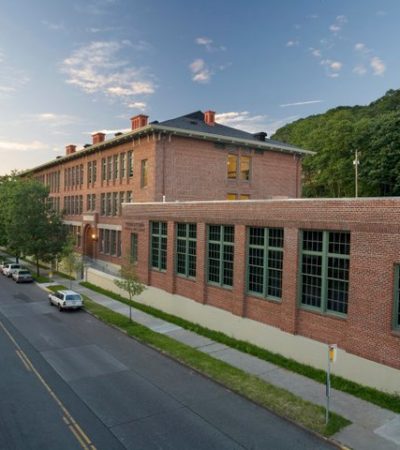 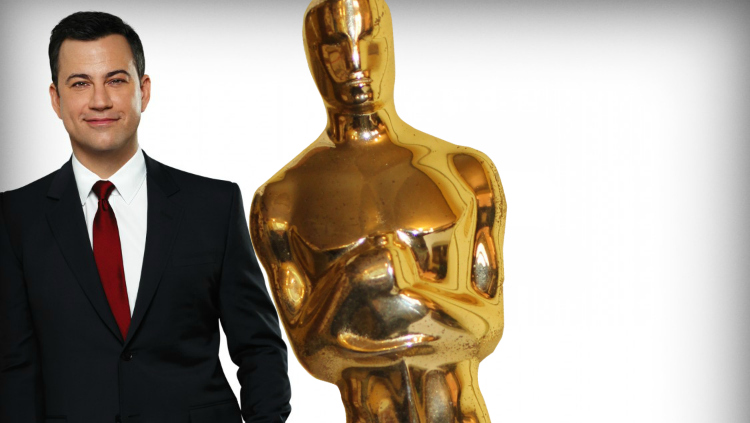 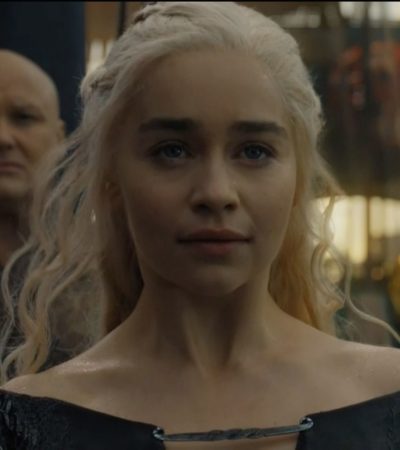