Marcus Wainwright and David Neville of the label rag & bone made a personal appearance at the Bellevue Nordstrom on Thursday, October 3, 2013, to introduce their fall line for men and women. Nordstrom created a pop-up shop for rag & bone in their store, where they threw a fabulously hip party that was an energetic scene of beautiful people and clothes. A British candy trolley, photo booth and DJ as well as champagne and hors d’ouerves kept the crowd entertained and sated while they shopped the new Fall 2013 line.

Since rag & bone’s launch in 2002, its downtown cool approach with a nod to classic tailoring has been met with worldwide critical acclaim. The label was a finalist in the Council of Fashion Designers of America’s Vogue Fashion Fund contest in 2006 and won the CFDA’s emerging talent award in 2007. Wainwright and Neville were named best overall menswear designers in 2010.

Mona Lee Locke and her daughter

In July the two New York-based designers—along with Lazaro Hernandez and Jack McCollough of Proenza Schouler and Keren Craig and Georgina Chapman of Marchesa—were tapped by Vogue’s Anna Wintour to travel to China and facilitate an exchange of fashion design between the U.S. and China. While they were in China, all the designers were invited to a special cocktail party in the home of American Ambassador and former Washington State Governor Gary Locke and his wife, Mona Lee Locke. I had the pleasure of running into Mona Lee Locke at the Nordstrom party, which she was attending with her daughter. She told me that the rag & bone designers had dressed her especially in a gold sheath dress for the fashion show staged at Ming Dynasty City Wall Relics Park at the Great Wall of China this past July. Locke was featured in the July 2013 Vogue, where she was interviewed on American fashion in China.

German photographer August Sander’s portraits of the distinct social and economic classes of the early twentieth century were a strong inspiration for the rag & bone menswear collection this season. These photos were a starting point for the textures and design, taking a modern approach to work wear. Traditional plaids and wool pieces were re-imagined with touches of leather, waxed denims and cashmere. Rag and bone’s underlying military theme was prevalent, but with an aviator twist. Bomber and flight jackets, flight numbers on shirts and safety orange as an accent showed the line’s consistency in designing contemporary pieces that are helping redefine the closet staples for the modern man.

One look around at the feet of the fashionable women attending the party made it clear that both the Newbury and Harrow booties have become iconic footwear for women. The newest looks have kept the classic stacked heel and updated the booties with autumn colors and materials like luxurious suede and calf hair with back zipper details. Cerulean blue, deep plum and army green pieces were accented with leather and modern clean lines. The quilted flight sweatshirt, orange accents and flight numbers continued the aviator theme into women’s wear, with the clean lines of dresses having a 1960s vibe to them. Chunky knits sweaters in wool and mohair, aviator style jackets and oversized coats showed a prevalence of “classic tailoring with a New York edge”.

The band Campfire Ok—who were spotted sporting rag & bone onstage, and who had also appeared at the beginning of the Nordstrom Men’s Fashion Show at the Bellevue Collection last week—played a set live after the party was underway. The Nordstrom men, Erik, Pete, Blake and father Bruce made a low-key appearance to say hello and welcome the designers to their store. The feeling of the entire affair was intimate and fun, the perfect showcase for rag & bone’s modern collection of coveted pieces.

Vogue a Trois: Wax On 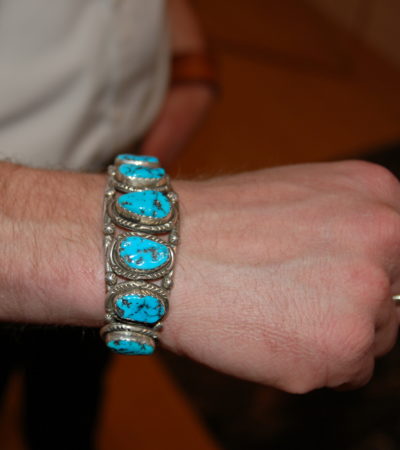 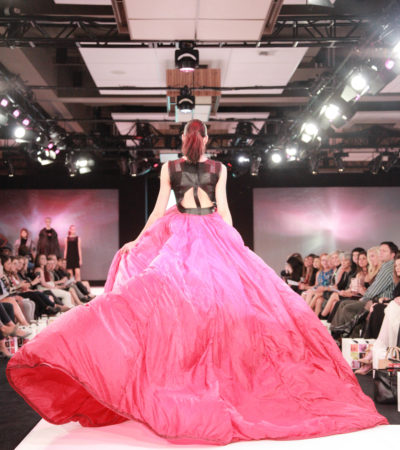