Composer and artist Joshua Kohl and scholar and poet Herbert Kohl. Image courtesy of The Frye.

The Frye Art Museum began its year-long Frye Salon performance and exhibition series on Thursday with an intimate debut of chamber compositions by Joshua Kohl. Kohl is perhaps best known for his work with Degenerate Art Ensemble, for which he is co-artistic director with Haruko Nishimura, but in recent years he has been able to produce more original compositions independent of his work with DAE. This project was an especially personal one for Kohl, as the short pieces are musical settings of poetry by his father Herbert Kohl.

The project is a mutual, creative culmination. The elder Kohl began penning these poems about his youth and childhood in the Bronx after he revisited his childhood home. In the intervening years, many buildings had disappeared, while others were burned out and abandoned. A Haitian Baptist Church occupied the building where his family had lived. The family mezuzah was still there, but covered with a thick layer of red, visible like a glossy fossil beneath the paint. Kohl did not wish to create an exhaustive memoir, but decided to capture in poetry some spirit of the time, its recurrence in memory and the lived experience of others growing up in an urban jungle.

Joshua Kohl had wanted to set to music some of his father’s poetry for some time when earlier this year Frye Art Museum Director, JoAnne Birnie Danzker, asked him what he was eager to do next and offered to assist in facilitating whatever project that may be. During introductions for the evening, Birnie Danzker made note of Kohl’s love of collaboration and how it has fostered a community of artists of many disciplines in Seattle—artists who may have otherwise never ventured outside of their own workshops and studios. In light of that, this familial collaboration was particularly poignant, and the blending of disciplines before a wall covered with works from the museum’s permanent collection was an auspicious beginning to the museum’s new salon series.

The music was performed admirably by the ensemble: Paris Hurley and Alina To on violin, Brianna Atwell on viola, Maria Scherer-Wilson on cello, Korby Sears on piano, and Beth Fleenor on clarinet. Fleenor had a chance to stand out in her wild and lighthearted solo for the second performed piece, “Ronnie,” and she nailed it. Most of the poems are character sketches, from the whimsical puer aeternus of “Ronnie,” to the melancholy mea culpa of “Bobby,” in which the poet admits to how a casual slur he used became “a twenty year wound I never knew I made.” The series is thus is more Le carnaval des animaux than Tableaux d’une exposition—though in the Frye’s gallery setting the latter could have been a cheeky way of describing it.

In “Ronnie,” the poet viscerally describes how that slur “worked its way in like a porcupine quill/…slicing away layers of muscle and bone,/going straight to a tender place and settling in.” Kohl the younger does not embellish sections like this, but keeps a relatively steady, somber drone, allowing for the reading itself to have its own unadulterated timbre. If it were purely instrumental it would not have been so effective, but Joshua Kohl is no stranger to composing for voices and he seems to recognize the music of his father’s spoken words. He explained that he first made recordings of his father’s recitations well over a year ago using his iPhone. They were of poor quality, but when the project moved forward and he made clearer recordings with professional equipment, he found that he still preferred the way the first ones flowed, and so those lo-fi versions were used during the performance. Truthfully, the grey noise was an instrument in its own right, and for poetry of this nature an aural patina is flattering. It felt particularly so for “Bobby,” which ended the night on the sad lines: “turning each of us solitary/now it’s too late to be sorry.”

I don’t object to that sequencing, as such a brutally honest and pensive note was a foil to the joy of such a work, which captures what might have been lost of a time and of a bond between father and son before the opportunity passed beyond reach. As we enter autumn, it was apt to leave the room with such thoughts of passing time, loss and forgiveness. Beyond the sequencing, I feel that Kohl the younger made good choices about which poems to begin with and present in this project, as he has not finished composing for all the poems on his list. These yet unaccompanied poems were read between performances by long time collaborator Pol Rosenthal. Like elements of the recorded elder Kohl’s voice, Rosenthal’s dulcet, scratchy tenor was unfortunately a bit flattened and lost in the room’s acoustics, which were not designed for musical performance and further dampened by the cloth and canvas on the walls.

Fortunately, those who wish to hear recordings of these pieces will have the opportunity, as on Friday, September 20 the Frye will open an installation in its black box gallery in the southeast corner of the building. The walls are bare and the room is furnished to allow for visitors to listen to high quality recordings of Kohl’s musical settings without distraction.

The night was a sweet and only slightly sentimental success, and left one looking forward to the Kohls completing their project in due time—and to the Frye’s future salon performances in the coming year. 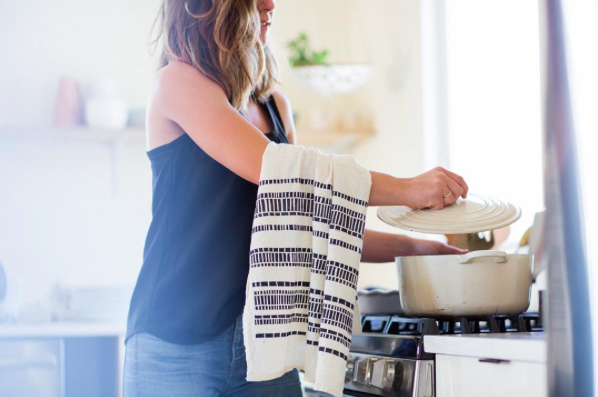