Downtown Seattle Rocks The Runway fashion show was organized by Seattle Met and Pacific Place, for fashion savvy customers interested in checking out this season’s available fashion options. What does it mean to target the fashion savvy of Seattle’s downtown? Being fashion savvy and dressing up ostensibly conflicts with Seattle’s casual, anti-consumer ethos, but there is nonetheless a culture and industry of people who love having style and bringing more attention to the community that celebrates it. My experience at the show was typical of the people, the attitudes and the community one is likely to find at a Pacific Place event.

Upon arrival, attendees were invited to browse pop-up shops from The Junior League of Seattle and Gratafy & Postmates and enjoy a general admission lounge and a VIP lounge sponsored by Roche Bobois. Stylish fashionistas from store owners to bloggers were there to participate in this fashion community-building experience.

The show featured the best of what we’ve come to expect from our finer stores, but the fashion community and consumers in Seattle have the habit of running two or three trends into the ground, and here it was overwhelming. Yes, leather is on trend, and so are black, white, red and plaid—I get it. It was a relief to see the fresh and feminine dresses of Pala Pala Dress

Boutique and the more diverse color palette of Momo and The Finerie after being inundated with the other.

The models were well chosen, with a uniformity to their looks, hair and makeup offset by a diversity in ethnicity and body type, which is great for people to see when trying to imagine living in the clothes. However, it’s exasperating when the first black male model comes out and all the ladies cheer like they’re at Chippendales, or when the models throw in their own personalities and go off-script. It gives one the feeling that we’re playing at something we don’t understand. I see this behavior at every show like this—the objectifying, crypto-racist hooting, the amateurish, improv modeling. Every. Single. Time.

Meanwhile, one might have found oneself being snubbed by soi-disant fashion “elite” in some imitation of reality TV. The actual fashion elite in Seattle would never call themselves such and never act that way. I enjoy the fact that the core of these people are often young bloggers and old guys who own clothing industry companies of some sort and have been in the game forever. Both types tend to be refreshingly approachable, kind and fun to throw back cocktails with. When I worked past the surface crowd and honed in on people who looked to be the event organizers, fashion writers and genuine lovers of style, I found down-to-earth people who were easy to engage and happy to mingle. I did notice that people who were wearing great shoes seemed to have an amiable disposition.

As the fashion show opened, Laura Cassidy, Style Editor for Seattle Met and Editorial Director for Seattle Metropolitan Bride & Groom, took the stage. Her excellent style nailed the Seattle sensibility, balancing high fashion and young, art-scene hipness. She invited us to appreciate the selection of stores available in downtown Seattle. I thought she would invite us to find and rally around some exciting center point, but she seemed distracted and repeatedly rounded out her sentences by saying, “…if you like this sort of thing.” I had to think a lot about my reaction to this phrase and how it was used.

Being a good sport, I might give that statement a pass because our young style scene is so hipster, and being aloof is a trademark of the Pacific Northwest. But the truth is I’m horrified by what the lack of traction in community building has done to so many people who have owned boutiques and fashion-related businesses that have failed—right in the middle of so much wealth. Cassidy has been one of the biggest influencers for Seattle’s fashion scene. Her work for Seattle Met is respect-worthy, and her use of social media demonstrates a desire to support the art and fashion community. So what gives?

The goal of the show is to build community and bring attention to the downtown area. That might seem simple enough, but the “why” of it needs to be spelled out for many people. I live in Belltown, and I found many of my neighbors who heard about it afterward would have liked to have gone. They do not identify themselves as fashion savvy, nor do they feel any imperative to be so. Hence, there should be some attempt for our fashion leaders to motivate a savvy downtown fashion culture into being if the local industry is to thrive.

Local media and publications like Seattle Magazine and Seattle Met have been effective in getting Seattleites (and especially suburbanites) personally invested as consumers of culinary art, but there is a disconnect in media outreach to the arts and fashion. What happens when they invite people to participate in an event like this, then characterize the face of such a movement as hipster and aloof? Does it motivate new people to participate, or alienate them further? Are guests left feeling that liking “this sort of thing” is trite even to the people running the show?

A negative conclusion is not hard to reach when I find that that those living downtown are not well understood and are largely dismissed by the outside community in general. During one such discussion at this event, Seattle Met‘s advertising executive Lysa Hansen identified those living downtown as “the worker bees.” Does this mean that the perception of the downtown living in tech crowd has been written off in some way? Are economic demographics looked at more than cultural ones? Are the suburbanites the only ones whose values are consumeristic enough to be seen as the viable “target market”?

The demographic living downtown includes engineers, medical professionals, legal professionals, real estate agents, retirees, entrepreneurs, professional athletes, radio and TV personalities, artists, restauranteurs, financial professionals—the list goes on. Considering how high-rent the area is, it’s absurd to believe that this group has no interest in participating in their community, the heart of city life. But aside from word-of-mouth, most of the people I know living downtown simply don’t know that there is a Seattle outside of the food and wine culture. They know nothing of the old Seattle art crowd, Pioneer Square Art Walk, local designers, or the gallery scene mainly because they haven’t been here for very long. Most of them are relieved just to have SAM Remix.

In marketing it is taught that one should never bother attempting to create a market. Yet, if the art and fashion community are to thrive, this is exactly what we need the media to take a chance on and do, because Seattle’s culture is still figuring itself out and it needs guidance. To be hipster and unaffected in reaction to the unabashedly consumer values of well-moneyed Eastsiders only serves to polarize people and cancel out whatever culture could establish itself around the fashion community, especially in cooperation with the arts, which happens effortlessly elsewhere.

We saw a great example of art and fashion merging during the last SAM exhibit, Future Beauty, which celebrated 30 years of Japanese influence on high fashion. Seattle was one of two cities in the country who had the privilege of hosting the show. For many of the people I spoke with on the tour I led, it was the first time they had ever heard names like Yohji Yamamoto and Rei Kawakubo. It will always be much easier to get Seattleites involved with fashion as an art, however, by intellectualizing and separating it from style and image making. Becoming personally inspired to be stylish actually go to a boutique or a mall is an entirely different relationship to clothes than the one offered by SAM.

In the lounge I met Momo owner Tom Kleifgen, who had a great perspective on the sociology if the situation. It always puts me at ease when I get to chat it up with someone who has been there, done that, who has been as successful as one could hope to be doing what one loves, and has simply chilled out. Kleifgen reminded me of the old Seattle art crowd that made me love this city as a kid in the 80s. He knew just how to speak of the effect of the Grunge movement and outdoorsy, nature-beats-society ethic as they commingled and bumped against the tech phenomenon of the 90s. He pointed out that he himself can see that these social, economic and cultural events are still being created and worked out. The city is far from having fully actualized itself culturally. As he was speaking, I was more encouraged and enthusiastic about being part of it.

Upon further reflection, someone in Laura Cassidy’s position has to walk a tightrope between groups of people who are not integrated and at times at odds with each other. How much grace and cool does it take to advance something like fashion in a community where people have spent the last 20 years thinking it’s a vapid, evil tool of misogyny? From her image to her approach, she’s getting us from point A to point B, and it can’t be an easy row to hoe. Overall, I hold my issues with the show in perspective. It was a good mall event; I had a lot fun, and I wanted to buy many of the looks that came down the runway. I discovered some new shops and saw some established ones in a new way. I would have liked to have seen more people in attendance for the sake of industry. Kudos to Seattle Met for showing support to Seattle’s downtown fashion retailers.

Shots from the Runway.

Item of the Week: Manly Pedi 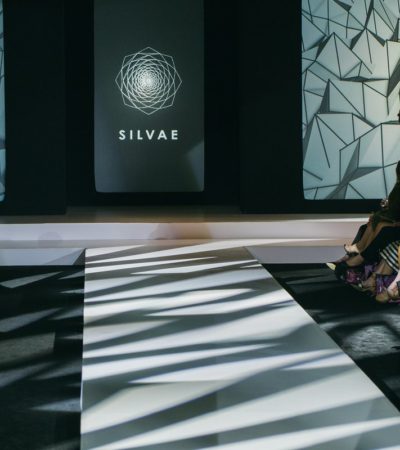 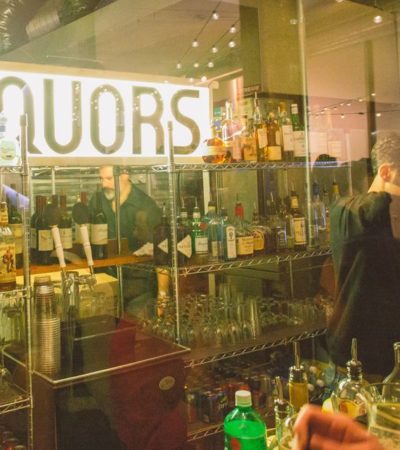 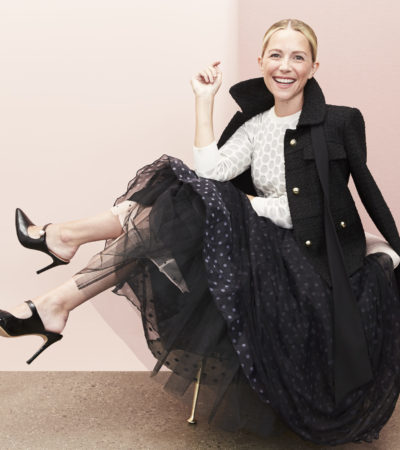 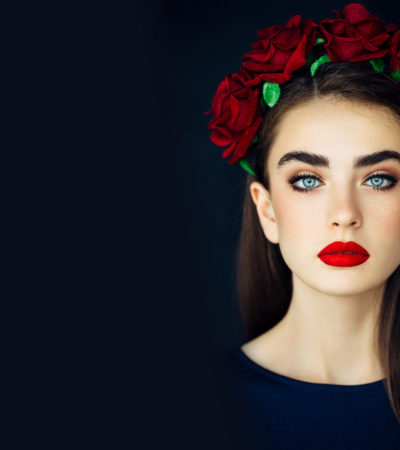 Extravaganza: Fashion Week at The Bravern

3 Responses to: Downtown Seattle Rocks The Runway—Sort Of