Home / Fashion / The Meaning in Menswear: Identity by Design

Detail of Self-Portrait (1923) by Rene Magritte

I grew up around stylish men. My dad taught me how to iron his shirts, tie his ties, took me fragrance shopping, and often asked for my opinion of his outfits. He had a Thomas Crown thing going on to reconcile a professorial image with more cosmopolitan longings. My grandfather was a stylish Texas man with a beautiful collection of Stetsons and Luchesses. I’ll never forget being roused from a nap as a little girl so he could show me his newest pair of ostrich leather boots. One of my uncles would be forever in the 1950s. His pristine manners had him perfectly arranged by 4 AM every day of his life in a white undershirt, a button down shirt with the top button open, a jacket, trousers and loafers. This look never changed. His hair was cut just so and combed precisely. My other uncle worked at White Sands for the Air Force creating language for computers and in his free time he was a photographer, skier and motorcycle enthusiast. He built his own Harley and wore a motorcycle jacket and aviators.

Not so long ago, dressing was just as much about lifestyle as it was about manners. Men were as likely as women to put thought into their style. My father taught me that personal style is about playing the role you’re in. There are costume changes for different occasions, and as a family we were telling the story of our tribe. We often went shopping together to coordinate and it was quite fun.

Attitudes around dressing shifted significantly for men in the 90s. Those who rebelled against the establishment in the 60s had raised their children with those rebellious values, but what “the establishment” meant was no longer always clear. A nebulous rebellion against consumerism and conformity was and still is often cited. The skepticism of this Generation X seemed to regard personal style with a sense of fraudulence and pretension. Despite ostensibly standing against conformity, the men in this generation all seemed to jump on the same bandwagon, dressing in the laziest possible ways—everything three sizes too big, worn out and dirty. Blame it on the usual suspects if you like—tech culture, grunge, the outdoorsy culture—but my relatives were proof that you could be techie or academic or outdoorsy or some mix of it all and still dress well. This was something else.

A preoccupation with seeming unpretentious reached the level of absurdity with the abandonment of the simple notion that one should not be offensive or rude, that one should teach children how to address people or to sit at a dinner table. This persists, along with an outwardly judgmental disdain or suspicion toward those who are well spoken, well dressed and cultured.

It was during this time that I noticed my male peers having an identity crisis. A lot of this was rooted in a sense that to take charge of one’s image and identity meant selling out or being a jaded consumer, but there were sexual politics involved, too. Women were more accepted as providers and child-rearing had become as much a man’s responsibility as a woman’s. This shift was necessary for women to claim more sovereignty, and it was bound to have consequences for both sexes.

What was more problematic was that many of these men had been raised to disidentify with the manliness of the preceding generation, as masculinity was treated as synonymous with patriarchy. We are better aware of the distinction. If only this were true of femininity, which is still regarded as frivolous, passive and inferior—even suspect. The fashion fallout that accompanied the Gen-X identity crisis was not incidental. Just as feminism was erroneously equated with misandry, fashion was treated as inherently feminine—therefore frivolous. Beyond the seeming laziness, there were stubborn prejudices involved in the shunning of style. Many men became preoccupied with the notion that grooming oneself and dressing well was only for gay men. Even some gay men are afraid of drawing too much attention to their sexuality by dressing well.

One could also view the fashion fallout as a sort of collective temper tantrum. As women claimed some sovereignty for themselves, a great number of men just collectively said, “Fine! Take it all! Harumph!” and relinquished control over things that were not even in dispute, not realizing how important they were. Perhaps it wasn’t so much anger as apathy. Either way, it’s unfortunate. The men of my father’s generation were very much in charge of their image, their style, their grooming and knew who to go to their get shoes shined and get a good haircut. I have also watched the men of my generation come undone and defer to their wives for these personal and intimate things—things that should be somewhat private and special to a person. Some of my male clients who have hired me to try to change this relationship dynamic have actually broken down and cried for having unclaimed it in the first place.

I have worked with many men who started out confused and clueless about developing a style personality. My advice to them is to think of themselves in the archetypal sense. This might seem a little campy at first, but once a person does some inventory on personal and professional goals, it is empowering and fun. Being potent and visible is a natural longing for humans, but perhaps especially for men. To repress that longing for fear of looking gay or pretentious is unhealthy, especially those in leadership roles—even if the leadership role is simply within his family. And frankly, the fact that looking “gay” is an issue to some men is a disturbing problem in itself. Remember calling it “metrosexuality” as a way around that? Yea…

The issues around social class and money are another thing entirely. Obviously, the most wealthy and powerful people are not my audience here. The middle class has had its own upward and downward mobility which is drastically changing before our eyes. What is to preserve a person’s dignity and self-esteem when financial downturns take their toll? Clothing is a need; fashion is a want. How far does a middle class person take his wants before the want has a negative effect on a budget?

This is where it pays to be down to earth. Living within one’s means and keeping a budget is important. It can also be the very thing that keeps a person’s style interesting and creative. Some of the best style influences have come from working class and poor people who had few options but found a way to assert their place in the world by dressing an identity that would not be invisible. London working class kids took their Doc Martens and made them a fashion statement when the punk rock movement established itself. Many ethnic and folk influences have stood the test of time as a source of pride and cultural heritage. As much as clothing is a need and fashion is a want, there is fine line where people need to feel significant, attractive and relevant.

Life can become tedious rather easily. We confuse our sense of need with our sense of want. In doing so we can forget to enjoy our work, our families and our friends. When we remind ourselves that life is a relatively short journey, that we are the authors of our own quirky story, we can change our feelings and our expectations based on the way we choose to live within our story. When a person makes a choice about wardrobe, he is making a choice about who is telling the world he is. There’s no way around it. There’s no way to eliminate this first impression making statement about ourselves. As long we have to wear clothes, we have to make choices about what they will be, and no garment was ever created that wasn’t intended to tell a story about the person wearing it. If fashion choices are default choices or unconscious choices, or choices from a past self, how can a person be fully actualized and present?

The men’s fashion industry has been busy stepping up its game. There is no story going untold and there is no end to the potential for new versions of classic archetypes. Designers are revisiting trends from the 90s hip-hop era, the British Heritage influence, the 1950s golf style, vintage Hawaiian prints and bold color blocking on outerwear. Meanwhile, trend forecasters are pointing out phenomena like the expansion on accessories for men such as tie bars, lapel pins, jewelry, numerous types bags and cases paired with the development of mobility in menswear—omnishopping. Never before has being stylish been more accessible and fun for the male population.

Reading my WWD this morning, I’m intrigued by the trends featured at the fashion industry trade show Magic: The Vegas Dandy—polo influences, Latin inspirations, mixed media and the new blue. On the national front, Topman is coming to Nordstrom locations around the country, and companies like Vince are setting up brick-and-mortar establishments that will give men a chance to get more familiar with their product, as most people don’t even know that Vince makes menswear. Locally, I’m even more excited about this season’s Nordstrom Men’s Shop and GQ Fall 2013 Runway Show at The Bellevue Collection. With diverse companies from Rocawear and Penguin to Peerless and Jack Spade, there is no dearth of style options for men. It might be overwhelming for the unseasoned, but it is worth it to hunker down and figure it out.

As we move forward I am hopeful that the last two generations have not completely undone 1500 years of social evolution in the way of arts and culture, that our lazy, sloppy dress code is not an indication that our organism has peaked. I remain optimistic, as things have been changing over the last decade. Men are looking to be better fathers and providers than any generation of men that has existed before and women have learned to become partners with men in a whole new way. Young men are being raised by a generation of women who are less afraid of being held down by traditional masculinity. That is, there may still be a progressive push against patriarchy, but masculinity itself is not the enemy. Some commentators on both sides want to conflate the two, but the savvy among us do not.

I am excited to see men of all ages in this next era exploring their options and reinventing themselves as their lives and stories progress. The more we come to understand fashion as art, the more we can utilize it to uphold the meta messages that matter to us in society—that we have respect for one another, that we appreciate being creative, that we regard our work and our partners, that we are grateful for what we have achieved and for the opportunity to contribute, but most importantly that we have a conscious and intimate relationship with ourselves in our own unique examined life.

Item of the Week: Be On the Watch

Vogue a Trois: All Fired Up 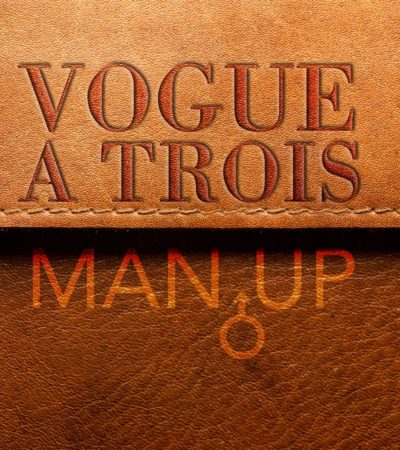 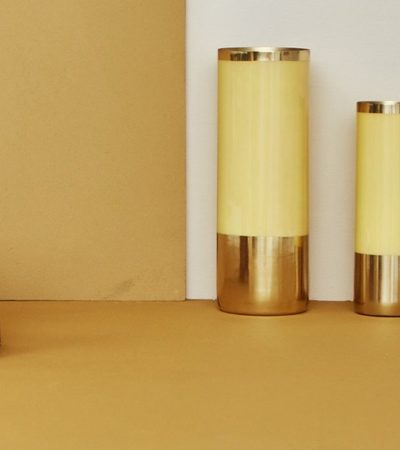