Blanchett in Blue Jasmine looking green around the gills

Following his cinematic postcards from Europe (Midnight in Paris, From Rome With Love), Woody Allen returns to the US with his 71st film, Blue Jasmine, a contemporary, beautiful and brutal retelling of A Streetcar Named Desire. The eponymous lead (played by Cate Blanchett) has fallen from New York upper class rather than southern gentry, and she settles with her estranged sister in staid San Francisco, not the sultry bayou, but the familiar trope allows the audience to quickly grasp the tension between the sisters and their critiques of each other’s lives—especially the men in their lives. As flashbacks reveal the heart of their bad blood, the story becomes a parable of how we lie to ourselves and what it takes to live those lies.

Jasmine seems to be lying to everyone from frame one. Though she claims to be flat broke, she somehow manages to fly herself and Louis Vuitton luggage first class across the country. Such inconsistency and deception make her rather unsympathetic to start, but Blanchett brings Jasmine to life, easily switching between the polished, patrician socialite persona who looks down from the top and the new fallen, broken, upheaved outcast clinging to the bottom rung. Allen could have easily written Blue Jasmine as a wry comedy—there are comic elements, and even a few stand-up comedians in the cast—but it’s all too cruel to be funny, and the drama borders on tragedy in its study of flawed, frustrating characters.

Allen often works with middle class caricatures, but they are never line drawings. The supporting figures in Blue Jasmine have depth of their own. Jasmine’s blue-collar, beleaguered sister Ginger (Sally Hawkins) is supporting her two sons and considering letting her unsophisticated boyfriend Chili (Bobby Cannavale) move into their small apartment when Jasmine arrives. The situation is intensified by the bad financial dealings between the two sister’s ex-husbands. Cannavale skillfully embodies a wide range of character traits, from his inclination for bullying and lowbrow mannerisms, to surprising vulnerability at the prospect of being dumped. Alec Baldwin is at home as Jasmine’s charming, cheating husband, Hal. And Andrew Dice Clay as Ginger’s ex Augie is…Andrew Dice Clay.

Money woes may be central to the plot, and Blue Jasmine nods to the economic woes and stark wealth gaps that are allowing the middle class to fast disappear, creating a very long drop when one’s fragile footing at the top begins to crumble. However, when all is said and done, the resource that is dwindling most visibly is willpower—the will to survive life’s changes with true dignity, at best, or the will to at least put up a veneer of grace masking one’s fear. At what point does that goodwill become the will to destroy others? After one has tasted the best, is one spoiled for life?

Allen’s complex characters do not come across so much as victims or villains as they do people who have accepted easy, often wrong-headed solutions to more complex questions, which leaves the audience the uncomfortable but necessary task of asking these questions of themselves. 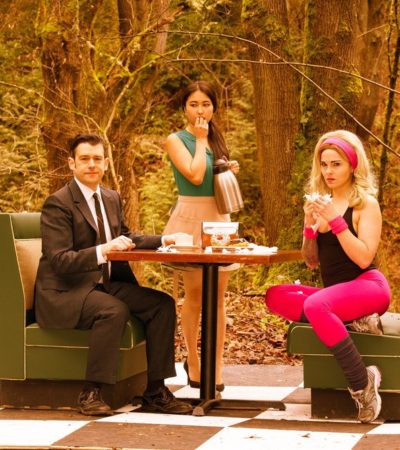 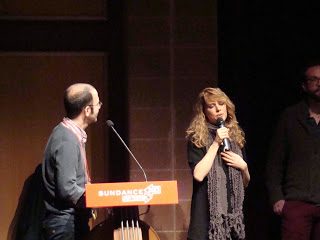 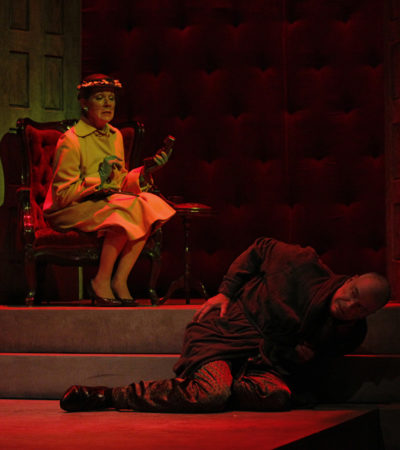 Talk of the Town: A Host of Angels at Intiman Theatre