This is the last weekend that the Aesthetic Dowsing for 2013 by Anna Rose Telcs is on display at the Henry Art Gallery. This annual project for the artist and designer is equal parts scholarship and creation. Telcs researches techniques of garment construction and then designs pieces reflecting her discoveries and developments—and her own muted, ethereal aesthetic.

The pieces from her 2013 project have been on display in the lobby at The Henry for a couple months, and in late March the works left their hand-designed armatures and were fitted onto male models for a performance in Red Square, the main plaza of the University of Washington campus. Choosing an outdoor venue in Seattle in spring was a major risk, and until the sky cleared just hours before the performance, no one knew how it would turn out, but the triumph following that risk cannot be overstated. Telcs’ garments fuse modern and ecclesiastic elements, as does the setting itself. Staged in the space between the ornate and iconic Gothic facade of Suzallo library, the three brick spires rising from the gleaming, red ground, and Barnett Newman’s “Broken Obelisk,” the performance was so perfectly arranged that I am willing to say before the year is even half over that the Dowsing will be one of my top 5 peak artistic experiences for all of 2013 .

With the models moving among a shifting crowd—some staying, others coming and going and looking on with various curiosity and gawkiness—it might have seemed haphazard without the music by Garek Jon Druss. Druss’ own fusion of ecclesiastic and modern sounds provided the abstract glue that really held the event together. Ambient organs beautifully filtered and resounded through the space, so bittersweet that even the sounds of construction, the chattering and laughter, the barking of unruly dogs became not distractions but part of the event’s holism. A power tool sounded twice with a mournful cry that was so in tune and so well-timed it took me a moment to realize it was not part of the composition. Being present in that moment was truly profound, as if all things conspired toward the creation of beauty, as if the construction of buildings and garments (a bodily architecture) had found their common ground in that abstraction.

It is in these moments that one recognizes the true power and art of fashion. Telcs is a seasoned designer and she began the Dowsing project because of problems she saw within the fashion industry, which are at their core the problems of all industry—wastefulness, the squandering of creativity and resources, a lack of mindfulness in pursuing a constant flux of product (creating more wastefulness) with no respect for the process of creation. This emphasis of product over process is damaging to all forms of art as they are practiced and perceived (has indeed infected certain echelons of what one might call the fine art industry), but Telcs and her collaborators have proved that all it takes is an individual practice to set things right in one’s own mind and then share that restored balance with others.

Those who savage the fashion industry for the way it is marketed often ignore these industrial elements, but Telcs avoids the problems of presentation, too. First, by staging the show in a public plaza within an environment of learning, she without a trace vulgarity or cynicism defies the exclusivity in art and fashion that has repulsed people en masse. Second, though her clothes range from decidedly feminine to softly androgynous, Telcs presented the clothing on male models—waifs and athletes alike. High fashion shows emphasize the clothing alone, making male models into moving kouroi of a uniform style, but Telcs selected a range of body types and faces. This selection further evoked the holism felt in other elements of the setting. It did not become a disingenuous Colors of Benetton ad, which for all its high-toned, epigrammatic marketing exemplifies bourgeois attempts to move past inconveniences (such as race, war, sexual politics) by living in one monochromatic culture. Haute couture is attacked as impractical—the perennial complaint of the philistine—and any attempts to state that clothing (and all objects) must be practical above all is mean and narrow indeed. Sadly, behind the scenes even haute couture is guided by a sometimes destructive pursuit of the bottom line alone.

That brings me to the third healing aspect of Telcs’ presentation: Telcs herself was visible the whole time, dressing her models in the individual layers. There was none of the orchestrated, conveyer belt perfection of the typical runway show, which some critique as a dehumanizing spectacle—if not a bore, at the very least. There was no behind-the-scenes action to glamorize as equally mystifying and maddening—a hive buzzing berserk around a queen bee designer. Telcs, just as she emphasizes the craft and time invested in the labor of creation, subverted this fast-fashion trope with something personal and tender. We saw layer build upon layer, laughter and smiles as a sleeve wasn’t easily laced on the first attempt, even tears as Telcs became overwhelmed by the fruition of her work. I have already stated that this was a peak experience for me, so I suppose it will not seem like hyperbole to confess that I was almost brought to tears at certain moments when the elements all seemed to align beneath a longing swell of synths from Druss in the distance.

One by one, the men wandered down the painted, white rugs, distinct against the dun red brick in the sharp light of that afternoon, with the cherry blossoms just shy of their full bloom, but already scattering their own pale petals to the wind. The men would pause, then wander off through the crowd. Each made a second pass for more layers to be added. The metaphors and symbols here could be myriad. I do not need to explain them nor should Telcs. One here reaches the limits of one’s words and is left merely present in that moment of pure beauty.

How does one follow that? Speaking with Telcs days after the event, I learned that she, too, questioned what form The Dowsing will next take. She is not sure that a performance such as this one will be the proper way to go next time. It may be something much more still and quiet. Based in research and her ongoing archive of materials, the project can take a new form year by year. I believe that it ought to as the body of work grow. Telcs is thus leaving a body of work and research for others to plumb while actively engaging with other designers to address the questions and concerns at hand. But in these moments, through her collaboration with creatives in other disciplines, she has also created ephemeral experiences of transcendent beauty, extending beyond race and gender, unifying scholarship and craft—the realm of pure art.

Below is a beautiful video documentation of the Aesthetic Dowsing 2013 by Elizabeth Rudge and Judson Felder. Music by Garek Jon Druss. You can also read our in depth article on Anna Rose Telcs and her work.

The Dowsing from judson felder on Vimeo. 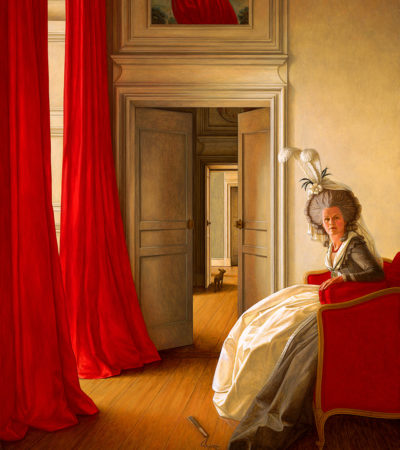 “An Evening of Art and Conversation” at The Henry 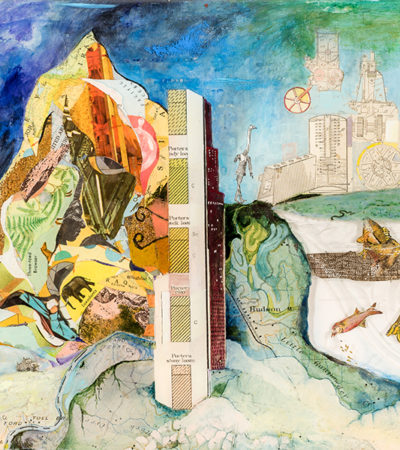 3 Responses to: The Dowsing 2013: A Parting Glimpse