As I observed an older couple taking in a work by Fechin—her hair done in a sleek french twist, he in a tailored sports coat—I thought of one word: sophistication. There is something about going to a gallery or museum that brings out an old world charm. However, when one mixes that feeling of the old world with the new, it brings a playful juxtaposition that is irresistible. This is what the opening night at the Frye felt like, a play between two times—past and the present.

On February 9, the Frye museum threw a party for its members to introduce three new exhibits. The first exhibit is an expansive collection of Russian-American painter Nicolai Fechin (1881-1955), whose rough brush strokes and rich colors bear an expressionist quality. However, the Fechin exhibit is the odd man out among the two contrasting shows, 36 Chambers and Chamber Music.

Both shows are meant as a form of appreciation for artists working in the Northwest and the strong spirit of patronage in Seattle that has kept the arts alive and growing, especially through public exhibitions and works. The Frye Foundation itself is a fine example of a Seattle institution founded expressly to make art accessible to the public, and in recent years it has engaged more than ever in fostering and supporting artistic talents in our region. The starting point for the curation of the two complementary shows was James Joyce’s first published poem, “Chamber Music”—a dulcet meditation on love and loss written in 36 sections. The Frye’s new deputy curator Scott Lawrimore made 36 the magic number, and a large selection of works from the founding collection were chosen to accompany the poems verses for 36 Chambers. 36 local artists were asked to each provide one new piece of work inspired by musical settings of Joyce’s poems for Chamber Music.

The artists are all ages, all local, and they represent many media. There is not an apparent cohesion from work to work, but rather it becomes a visual anthology of the city’s creative life at present. In addition, participating artists were asked to create an archive of their works as artists, curators, activists, etc. Hence, there is a written anthology of the past as well.

This play of old and new, is something that attracts all types of people. It is not an exhibit that speaks to a few individuals, as it involves a pantheon of artists, styles and time periods. Therefore, the people at the opening night party were a feast for the eyes; dark and mysterious art figures transiently appeared in front of works, girls in cocktail dresses mingled with friends, and tailored patrons admired the atmosphere and live music. One man in particular was in black from head to toe, creating a perfect silhouette; the mixture of his foreboding presence and the fresh art on the walls created a puzzling beauty. Other people were less “foreboding” and more whimsical, making them a piece of art in their own right. Kooky round glasses, stark white coiffed hair, and Juan Alonso’s hot pink oxfords were a few among many striking details of the night. Fashion and art go perfectly together. When at an art event, wearing an outfit that errs on the avant-garde will not bring judgment, but instead appreciation. As Seattle cultivates the artistic spirit, we too should inspire growth in the arena of fashion, as the two are symbiotic.

The opening night was indeed a success, but if one missed out on the occasion it is not too late to enjoy the exhibit. The Frye is free of charge and located at 704 Terry Avenue on First Hill. Nicolai Fenchin runs until May 19 and Chamber Music and 36 Chambers, until May 5.

Henry Gala: A Night in the Woods 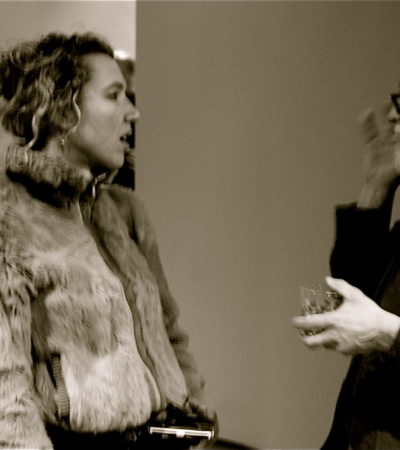 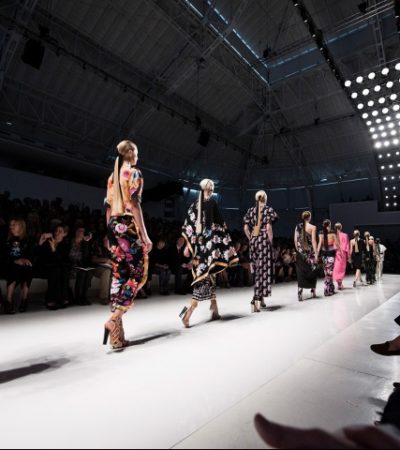 Looks for a Seattle Spring 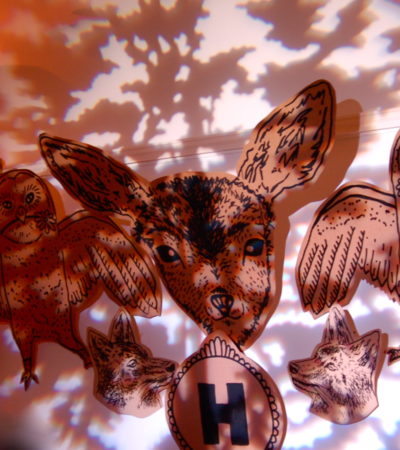 Henry Gala: A Night in the Woods 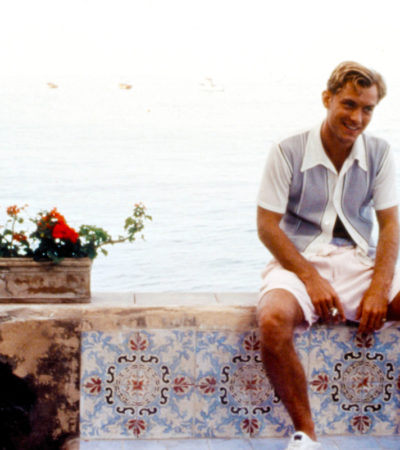