Since receiving her MFA from the University of Washington in the early seventies, Susan Skilling has become a highly revered and respected Seattle-based artist. Her pieces have been shown at the Tacoma Art Museum, Foster/White Gallery and within the exhibit Works on Paper at the Seattle Art Museum—just to name a few—and twice previously at Greg Kucera, where a collection of new works is being displayed through February 16.

The Seattle Times has called her work a mix of “impressionism with the quiet meditations of Zen Buddhism.” Though the soft choppiness of her brushwork can be invoked to make the usual comparison to the impressionists, the pieces now at Greg Kucera Gallery are far more abstract. For the most part, the removal of traditional structure from Skilling’s art allows the viewer to see many more possibilities in her artwork.

Her work is filled with organic influences and are painted with gouache (sometimes handmade by the artist) on mulberry paper, which adds to the aesthetic appeal of the pieces and contributes to the sense of naturalism. This paper—sometimes called rice paper—is derived from mulberry bark fiber. The medium creates an organic aura around the pieces, with its exposed and unfinished edges.

My favorite piece at the gallery is Skilling’s Forest Poem, in which the textural and aesthetic quality of the almost seeping gouache is most prevalent. The flowers are reminiscent of Japanese floral depictions, apt for the medium. It provides more structured form while retaining the soft abstraction seen in City from Above and Night Air. The artist’s balance of color and neutral tones allows the piece to retain the same mood as the other works in the collection while providing a little bit more spice.

Patches of soft beige and spots of sky blue break the deep tonalities of the colors in Night Air. Within this rolling expanse of umber are shapes and forms enhanced by the diffuse quality of the medium. The title of Landscape from a Distance allows for various readings, as the piece resembles the layers of earth and sandstone along the coastline viewed closely. The marble-like piece takes on an iridescence through its milky white pigments. Skilling’s work at Greg Kucera is unified, but there is a great variety and intrigue in her pieces worthy of ample contemplation.

Susan Skilling’s pieces will be shown at the Greg Kucera Gallery in Pioneer Square until February 16 along with a show of modern watercolors by Jeffrey Simmons. The pairing of these two artists is quite inspired, as their works simultaneously clash and converse with each other. The firm structure of Simmons pieces compared to Skilling’s organic forms in a similar medium creates an interesting dichotomy. For more information regarding Susan Skilling or the Greg Kucera Gallery, please visit www.gregkucera.com. 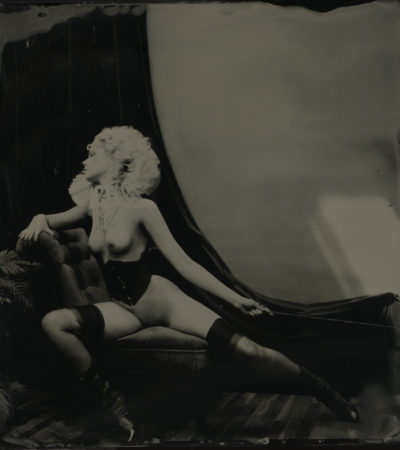 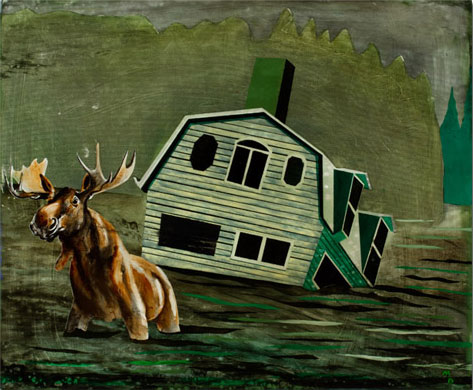