Home / VS Daily / Editor’s Top 5: Giving Thanks for Community Builders

Seattle is in a fascinating place and time. We are, in a sense, a cultural final frontier of the the wild west. Our city has abundant wealth, some of the world’s most innovative minds in technology, a robust arts community—and it keeps growing. Yet, when it comes to arts and culture, we are in many ways like little kids unaware of the manners expected of a responsible and gracious citizen. We can be an awkward bunch, masking our insecurities with aloofness and judgmental vibes that have us all feeling more neurotic than sociable.

So if I say we need to learn some manners, I am not saying we should put on airs. Good manners facilitate meaningful relationships and community by navigating—and even constructing—a social scene through mutual respect. It is especially important to the arts community to have socially savvy people at the forefront—people who can educate others, organize and promote social functions, and establish a dialogue where people can be honest, respectful and comfortable in celebrating and critiquing each other’s work. We should all want a collaborative, congenial environment, especially if we want a community where artists, gallerists and dealers can make a living at their work.

I’m excited to live here during this time, but I have found myself wondering occasionally if our city has been too slow to develop more mature ways of relating. Lately, some projects in the fundraising, media and arts communities have been getting traction, so I have to ask myself what has changed? I believe it is because there are social and cultural leaders among us making big strides in cultivating participation in a burgeoning social scene, and I am grateful for them. We have all the right components in the arts community, and—being lawless to some extent—this environment gives creatives room to grow without the obstacles found in established communities. In the continued spirit of Thanksgiving, I wish to acknowledge those who have been moving the scene and helping us grow into a more cosmopolitan version of ourselves.

I first heard about Robin Held from Sorrento Hotel owner Barbara Malone, who spoke of exciting changes at The Frye Art Museum with Held as deputy curator. After that, I would hear her name repeatedly: for her work at The Henry before The Frye, for her tireless advocacy, for her support of local artists—and, yes, for her great sense of style. The Frye Art Museum is an amazing institution—always free and committed to providing a diverse program of performances, installations and curated shows. Under Held’s tutelage, the museum continued to honor the treasures of the Frye’s permanent collection while also giving a platform for local artists to display and develop their work, most notably two collaborative performance art groups—Implied Violence and Degenerate Art Ensemble—both of whom created and performed site specific work in and around the museum. These works defied notions that museums are stodgy reliquaries and brought the art off and outside the museum’s walls, truly making it part of a community.

Held has since moved on to become the executive director for Reel Grrls, a non-profit that supports young female filmmakers. She continues to help the next generation of artists and creators find their audiences and for this everyone benefits immensely.

A few years ago, I was invited to attend a fundraiser at a gallery on Capitol Hill for Providence O’Christmas Trees. It was my introduction to the cause, which raises money for eight Catholic ministries who provide housing and medical support to seniors who have outlived their resources. It was at this event that I met one of the most stylish, cool and graceful women in Seattle, Patricia Szabo. Szabo is the director of the Providence O’Christmas Trees gala, the main fundraising event for Providence. Once a struggling fundraising entity, the gala has become an annual holiday extravaganza that in one night raises funds enough to support the eight ministries providing services to 10,000 seniors in King county, and this is largely thanks to Szabo’s long-range vision and inclusive collaboration.

Poised, elegant and a little edgy, Patricia Szabo is one of the most compelling women I’ve met. Her ability to respectfully integrate different people for a common goal while changing how they might otherwise see each other is quite an inspiring feat. Thanks to Patricia, the organization is one of the most ambitiously diverse, inviting designers of all kinds and from all walks to create the opulent trees that are auctioned for thousands of dollars to fund Providence services. Each year also features a presenting artist from among the most accomplished in the city—Dale Chihuly, glass artist Anna Skibska and Chef Thierry Rautureau  to name a few. The events chairs are prominent members of our local business community, from old-guard Catholics of Seattle to financial executives.

Even when she isn’t working on the gala and its associated events, indefatigable Szabo is connecting people wherever she sees potential for collaboration. It seems that she lives to break down barriers and allow people to teach each other compassion, and we are thankful to have her in our community—working to build our community from the ground up.

As an alum of Seattle’s long-running, iconic sketch-comedy show “Almost Live!” Nancy Guppy has been making Seattleites smile for over two decades. In the early 2000s, she started hosting short segments called “City a go go” that threw a spotlight on local arts, and in 2008 these segments blossomed into a weekly half-hour program, “Art Zone with Nancy Guppy.”

The value of any arts coverage cannot be overstated, especially in a town that has in recent years lost several publications and writers who devoted significant column space to the arts. Guppy’s weekly showcase is deeply needed. Her love of the arts is omnivorous and infectious and her means of expressing it is never exclusive to those already entrenched in the art world. Her interviews are easy to follow and enjoy even if one is not educated about art. “Art Zone” is a truly inclusive venue for her guests to share a part of their process and their vision with an audience that may be intimidated by galleries…or may just not know at all how much art is being made in the northwest.

Aside from all of that, Guppy’s zest defies the stereotype of Seattleites as mopey and antisocial. If people think that art world insiders are all stodgy and elitist, she’s breaking that stereotype, too. In a city where “I haven’t owned a TV in years” is practically a mantra, it’s nice to know that the medium is being used to build awareness about something of cultural value spotlighting the creative output, the heart and soul of our region. You can watch “Art Zone” online, too.

Until recently, it has been difficult to work in fashion in Seattle. The influx of techies brought major changes to our local culture. Building on the established engineer culture of Boeing, the city’s larger culture grew indignant about manners and proper dress. Somehow, the outerwear and grunge trends of the ’90s seemed to be an all defining  dress-code that made it impossible to get traction as a designer or stylist. In fact, even the most prominent magazines still employ photographers who have never worked with a stylist. That is mind-blowingly absurd in a business community that can be brand-conscious to a fault. One can observe subtle changes in our media, and one voice advocating for design and style has managed to emerge and be heard—Laura Cassidy, Style Editor for Seattle Met.

I have often wished our media would get its act together and help develop a culture that is focused on more than just shopping and eating. Little did I know that all along there has been someone being cultivated for such a task, either by her own drive or destiny. Cassidy’s educational background is in social sciences and she has covered just about everything a person of substance should cover in her role. She wrote about music and food for Seattle Weekly and is editor-in-chief of Seattle Met Bride & Groom.

She completely won me over when I heard her introduce the winner for this year’s Independent Designer Runway Show for the Bellevue Collection during fashion week in September. Her regard for designer Carole McClellan was educated and respectful, acknowledging the many accomplishments of McClellan’s career with refreshing grace. It was indicative of someone who understands how to think and talk about designers if we are to have a sophisticated conversation about fashion as an art form—or for Seattle to evolve culturally at all. Cassidy is stylish and self-possessed but has a grounded dignity unlike what one usually encounters in the PR and branding biz. Her earnest approach to building relationships is evident in her writing. It’s not easy to find gravitas in people in a new-money town during an era of consumer manipulation and soundbite conversation, but Laura Cassidy has it in spades—the right manner, attitude and language to build momentum in the local fashion culture.

Last but not least, we are thankful for PNB. Seattle’s ballet company is world-class and is recognized as one of the top three ballet training institutions in the country. Seattle produces great dancers and choreographers of all varieties, and many of them can trace a connection to PNB. The traditional, Balanchine-focused programming at PNB is balanced with the staging of new works, and is itself a foil to Seattle’s rich and varied contemporary dance community. We are thankful for all of the artists and dancers in our midst, but we’re calling special attention to Pacific Northwest Ballet as a whole for its mission that carries young people through training, onto the stage and beyond.

Dancing wears on the body and ballet is particularly demanding. Some dancers can persist for years. Others move away from performance to choreography. Others find new careers after they have hung up their pointe shoes. The Second Stage program assists retiring dancers in their next endeavors, giving security and resources to performers who gave it their all, allowing them to become a new crop of creative entrepreneurs with a special literacy for the arts.

In short, the programming and instruction at PNB keep dance traditions alive and audiences happy. This serves as a point of entry for many audience members into new, perhaps more thematically challenging dance works. And above all, PNB keeps building and involving local business with its own talent pool while importing more bright minds. That is what we should want for our city at large, and it’s good to see an arts organization making it happen. It’s definitely something from which others can learn—and something for which we can all be thankful. 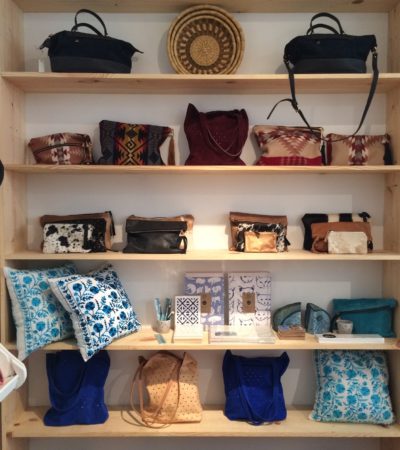 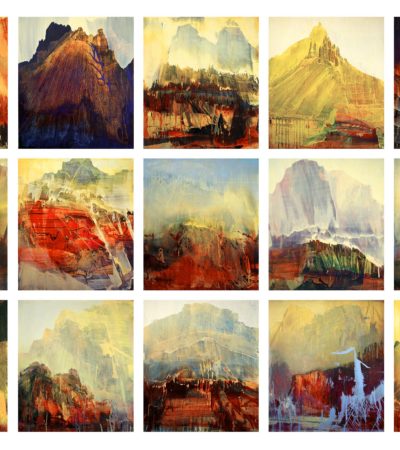 One Response to: Editor’s Top 5: Giving Thanks for Community Builders